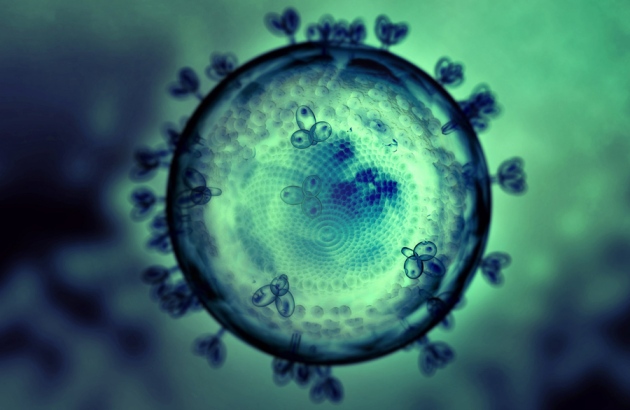 Two papers published online today in Nature1, 2 report the impact of antibody therapy on an HIV-related virus that is capable of infecting monkeys and was engineered to carry key portions of the genome of the human virus. Levels of that modified virus, called SHIV, plummeted after the macaques were infused with human antibodies isolated from HIV patients and selected for their potency against a broad array of HIV viruses.

“The results were profound and surprising,” says Dan Barouch, a professor of medicine at the Beth Israel Deaconess Medical Center in Boston, Massachusetts, and an author in one of the studies. “It clearly calls for evaluation of these antibodies in clinical trials.”

Indeed, both teams plan to move their research into human trials. It would not be the first time that scientists have tested antibodies against HIV in humans, but earlier attempts met with little success1.

Those attempts, however, were made with less potent antibodies. Since then, techniques have improved for harvesting powerful anti-HIV antibodies — called 'broadly neutralizing antibodies' — from unusual patients who are able to keep the virus in check without therapy.

“Most scientists would have been laughed out of the room for proposing these studies prior to 2010,” says Gary Nabel, chief scientific officer at Sanofi, a pharmaceutical firm headquartered in Paris. “It’s really almost staggering to see how quickly this whole problem has broken open.”

Barouch and his team tested a cocktail of three of the antibodies, infusing them into four SHIV-infected rhesus monkeys. Within a week, the virus was undetectable in all four monkeys and remained so for at least 84 days. Subsequent tests that used exclusively one particularly potent component of the cocktail, called PGT121, yielded similar results. Altogether, therapuetic effects were seen in a total of 18 treated monkeys.

In the other study, virologist Malcolm Martin of the National Institutes of Health in Bethesda, Maryland, and his colleagues gave a combination of two other antibodies to macaques that tested positive for the virus but had not yet developed symptoms. The treatment drove SHIV levels below the detection threshold within ten days. The therapy however was less effective in macaques in advanced stages of the disease.

In both studies, viral levels almost always rebounded, and the researchers could not test the long-term effects of the therapy in the monkeys for fear of triggering an immune response against the human antibodies themselves. As a result, it is unclear whether the significant responses they saw can be maintained in the long term, notes Louis Picker, an immunologist at Oregon Health & Science University in Portland.

Antibody therapy also faces logistical hurdles. Whereas current antiretroviral therapies used to combat HIV can be taken orally, antibodies must be injected. Therapeutic antibodies also tend to be significantly more expensive to make than small-molecule drugs. “Whether they’re going to be available for the developing world is questionable,” says Picker.

Nevertheless, these antibodies could tackle the virus in ways that current therapies do not. Cocktails of antiretroviral drugs have revolutionized HIV therapy, turning a once-fatal diagnosis into a chronic disease, says Barouch. But these drugs only block active viral-replication machinery and cannot fight the virus that circulates free in the blood or hides in cells without replicating.

The ultimate goal — curing HIV infection — will probably require a variety of therapies, and antibody therapy may well be a key player among them, says Picker. “It’s not going to be easy,” he says. “But every tool we have to move closer to the goal helps.”