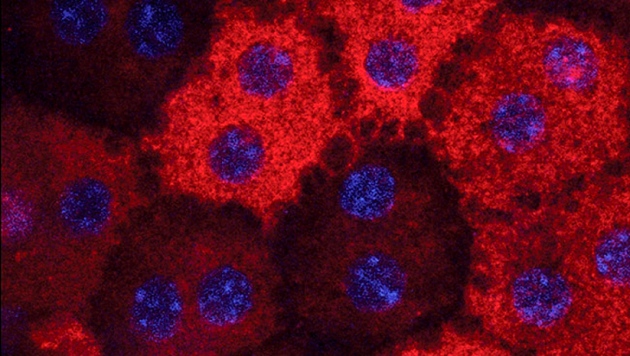 In some diseases, retinal cells are gradually destroyed by mutations in the RPE65 gene, leading to blindness.

Ophthalmologist Eric Pierce is no stranger to difficult conversations. During his years at the Boston hospital Mass­achusetts Eye and Ear, he has counselled both adults and the parents of young children who have been newly diagnosed with genetic retinal diseases that will ultimately leave them blind.

But progress against one such disease has led Pierce to change how he presents his diagnosis. “We’re on the threshold of a new era,” he now tells anxious parents. “I do believe there will be a therapy for your child so that they won’t experience the full course of this disease.”

Pierce’s optimism is grounded in early data from tests of gene therapy in animals and humans. On 12 October, researchers reported success with using gene therapy in dogs against a form of retinitis pigmentosa1, a genetic disease that causes light-sensitive photo­receptor cells to degenerate over the course of years. The results unexpectedly showed that the approach worked well even in mature dogs that had already lost some photo­receptor cells, a sign that the strategy might also work in humans, who have often reached that stage well before diagnosis.

And on 10 October at the Retina Society annual scientific meeting in Paris, a biotechnology company presented encouraging data from a trial in humans. The company found that its gene therapy for a degenerative eye disease caused by a mutation in the RPE65 gene improved sensitivity to light in all 21 treated patients. Although other research groups using the same approach have seen some reversal of similar gains, the company, Spark Therapeutics of Philadelphia, Penn­sylvania, plans to apply to the US Food and Drug Administration for regulatory approval of its therapy in 2016. If the treatment is approved, the company could be the first to bring a gene therapy to market in the United States.

“This is definitely a time of great promise,” says Stephen Rose, chief research officer at the Foundation Fighting Blindness in Columbia, Maryland. “It moves the whole field of gene therapy forward.”

Gene therapy has endured a bumpy road. After years of promising advances, the field almost came to a screeching halt in 1999. A death in a trial of gene therapy to treat an inherited metabolic disorder caused a scandal and sowed fears about the technology’s safety. But an ardent few continued in the face of widespread scepticism and limited funding. The most notable success was a treatment for the genetic immune deficiency disease X-SCID, although it caused leukaemia in some patients.

It was during this time that some gene-therapy researchers began to see a glimmer of promise in treating eye disorders. The eye is partially shielded from the immune system, reducing the likelihood of an immune attack on the virus used to introduce the genes. (Such an immune response was blamed for the 1999 death.) The eye is also relatively easy to access, allowing surgeons to inject the virus near to the cells in which the gene is needed. Because more than 200 genes are associated with retinal disorders, the opportunity for genetic correction was clear.

Researchers began with mutations in RPE65 that are associated with one type of vision loss. The enzyme encoded by RPE65 is crucial for converting light into electrical signals that travel to the brain, and for sustaining the eye’s photoreceptors. Without a functioning enzyme, the photoreceptors gradually degrade, progressively crippling vision. The researchers hoped to halt this process by using a virus to shuttle a functional RPE65 gene into the eye.

In 2007, three teams launched the first clinical trials aiming to do just that, and included a team that would go on to found Spark in 2013. Positive results2–4 published in 2008 rejuvenated interest in gene therapy, says Luk Vandenberghe, a virologist who studies gene therapy at Harvard Medical School in Boston. “They truly validated the concept of gene therapy that people had been pursuing for decades,” he says. “The field has really turned around.”

But earlier this year, two of those three teams announced setbacks. They reported5, 6 that the effects were waning in some patients as early as one year after treatment.

At Spark, chief scientific officer Kathy High says that her team has yet to see any decline in its patients even eight years after treatment. She notes that subtle differences in the protocol might have given Spark’s treatment an edge. The virus that Spark engineered may have expressed RPE65 at particularly high levels, she notes, and the company also adds a surfactant molecule when injecting the virus to prevent it from sticking to the needle during injection.

But vision scientist Artur Cideciyan of the University of Pennsylvania in Philadelphia, who works with one of the teams that reported a decline in gains after gene therapy, is still not convinced that Spark’s results will endure. He says that Spark has not yet announced data as detailed as those that the other teams used to measure the growth — and then decline — in their patients’ visual fields.

Even so, the diminishing effect in human trials need not indicate a fundamental flaw in the approach — or in gene therapy as a whole, says Vandenberghe (see ‘Broader reach for gene therapy’). “All the tweaks haven’t been fully worked out,” he says.

Although gene therapy is showing promise against vision loss caused by mutations in the gene RPE65, such mutations account for less than 2% of the total burden of inherited diseases that cause retinal degeneration. Hundreds of genes have been implicated in such disorders; tackling them individually would require laborious research, clinical testing and regulatory approval for each one. Instead, researchers are seeking ways of using gene therapy to treat a larger set of patients.

Some are looking for ways to protect neurons in the eye from degeneration, regardless of which gene is involved in the process. Such ‘neuroprotective’ approaches under consideration include inducing cells to express a protein called RdCVF, which protects the cone cells in the eye that enable colour vision.

At Harvard Medical School in Boston, Massachusetts, Connie Cepko’s laboratory is testing the effects of inducing the expression of a gene called NRF2, which activates antioxidant responses, to see whether those defences could protect photoreceptors from damage.

Others are taking a second look at GDNF, a neuroprotective protein that has been explored for its possible use as a treatment for Parkinson’s disease and that may also protect photoreceptors in the eye.

Researchers at GenSight Biologics in Paris and at RetroSense Therapeutics in Ann Arbor, Michigan, are taking a different tack. They hope to replace damaged photoreceptors by inducing the eye’s retinal cells to express light-sensitive proteins called channelrhodopsins. But channelrhodopsins are less sensitive to light than the eye’s natural photoreceptors, so GenSight is also developing special goggles that patients would wear to amplify the light signals reaching the eye.

Pierce, as a clinician, considers even tentative progress a huge achievement. He recalls the time when the only support that he could offer some of his patients was to recommend dietary supplements that might slow the disease. “Years of efficacy in a chronic degenerative disease is a huge success,” he says. “And to have some optimism in the conversation is fantastic.”