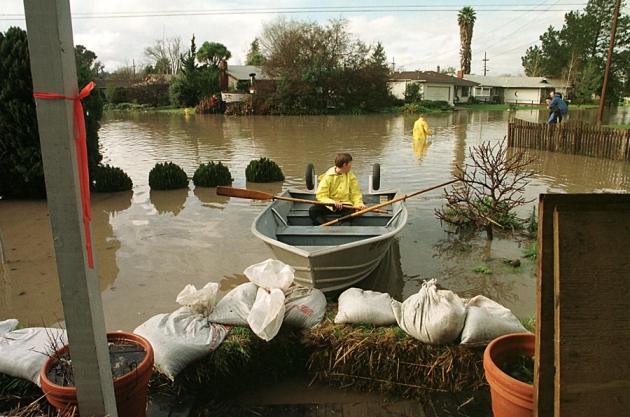 When Julia Baum tried to fly to the remote Pacific atoll of Kiritimati with a chest freezer in her luggage last month, her airline objected. Baum needed it to store samples of the algae that underpin the atoll’s fragile coral ecosystem. “It was a lot of smiling and begging,” she recalls. “‘It’s for science! It’s for coral reefs! Help us!’” Airline officials let it go.

This year Baum, a marine biologist at the University of Victoria in Canada, has an added incentive to head into the field: the weather pattern known as El Niño is brewing, and she wants to see what the warming it brings to the tropical Pacific Ocean will do to the algae that live in the reefs of Kiritimati, part of the island nation of Kiribati.

Hers will be one of many teams watching this potential El Niño. A growing array of satellites, moored and free-floating buoys and autonomous underwater vehicles is tracking changes in ocean temperatures and atmospheric conditions. Those data are flowing into climate models that try to predict the strength and timing of this year’s El Niño event — the erratic behaviour of which has already tested forecasters. If researchers could learn to predict such events with precision, it would significantly improve their understanding of the past and future climate.

The first signs of an El Niño came in January, when the east-to-west trade winds that blow across the tropics suddenly weakened, and a burst of winds from the west triggered a slow surge of warm water into the eastern equatorial Pacific. In 1997, similar conditions helped to set in motion one of the strongest El Niño events on record, which caused extreme rainfall along the western coasts of North and South America and drought in Australia and southeast Asia, resulting in thousands of deaths and tens of billions of dollars’ worth of damage.

Sustaining an El Niño requires the ocean and the atmosphere to work together. Normally, the warming in the eastern Pacific that presages such an event strengthens wind patterns that push even more warm water eastward. But this year, the atmosphere did not play its part. As a result, the ocean cooled in May, June and July, and the El Niño stalled.

Anthony Barnston, a seasonal climate forecaster at Columbia University in New York City, says the latest data show that winds from the west are again forming — a second chance for a full-blown El Niño. His team estimates that there is a 75% chance that a weak to moderate event will form by the end of this year, just a bit later than researchers had thought. The predictions are in line with those from the US National Oceanic and Atmospheric Administration (NOAA), which puts the chance of a weak to moderate El Niño at 65%.

Whatever transpires, the next few months will be an important test for the latest generation of seasonal forecast models. Scientists struggled to interpret the wildly divergent predictions provided by models before the El Niño of 1997–98, but this time there is cause for optimism. When the warming of the eastern Pacific started to slow this summer, the latest models — which run at higher resolution and on more powerful computers than their predecessors — predicted that El Niño would stall in the summer and then resurge. “If we don’t see an El Niño this year, then we have a big black mark on the model performance,” says Barnston.

Other scientists are trying to learn what they can about El Niño’s links to future climate change.

Climate models disagree on whether global warming will alter El Niño’s strength or frequency. But even if the general pattern of El Niño events does not change, the warming produced by an individual El Niño in an overall warmer climate could generate more extreme weather, says Wenju Cai, a climate scientist at the Commonwealth Scientific and Industrial Research Organisation’s Marine and Atmospheric Research centre in Aspen­dale, Australia. “The world is not waking up to that,” says Cai, whose modelling work suggests that by the end of this century, El Niño events could become twice as common as they were for most of the twentieth century (W. Cai et al. Nature Clim. Change 4, 111–116; 2014).

Back in the tropical Pacific, Baum’s colleagues hope to gain a fuller understanding of El Niño’s history by analysing the oxygen content, salinity and temperature of water samples from Kiritimati and the Palmyra atoll, a US territory roughly 680 kilometres away. Researchers will use the data to help to calibrate records of past climate that are preserved in fossilized coral. Shifting ratios of oxygen isotopes captured in coral layers can reveal changes in ocean temperature, providing a record of El Niño events going back thousands of years.

One thing is certain, says Michael McPhaden, an oceanographer with NOAA in Seattle, Washington: however this year’s El Niño watch plays out, it will influence research for several years. “Why has nature surprised us in this startling way?” he asks. “Figuring it out is going to be really important.”