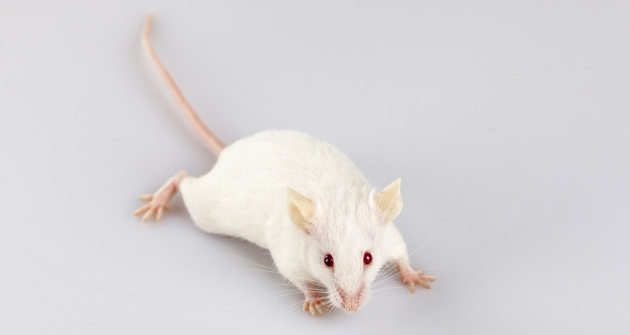 Trauma is insidious. It not only increases a person’s risk for psychiatric disorders, but can also spill over into the next generation. People who were traumatized during the Khmer Rouge genocide in Cambodia tended to have children with depression and anxiety, for example, and children of Australian veterans of the Vietnam War have higher rates of suicide than the general population.

Trauma’s impact comes partly from social factors, such as its influence on how parents interact with their children. But stress also leaves ‘epigenetic marks’ — chemical changes that affect how DNA is expressed without altering its sequence. A study published this week in Nature Neuroscience finds that stress in early life alters the production of small RNAs, called microRNAs, in the sperm of mice (K. Gapp et al. Nature Neurosci. http://dx.doi.org/10.1038/nn.3695; 2014). The mice show depressive behaviours that persist in their progeny, which also show glitches in metabolism.

The study is notable for showing that sperm responds to the environment, says Stephen Krawetz, a geneticist at Wayne State University School of Medicine in Detroit, Michigan, who studies microRNAs in human sperm. (He was not involved in the latest study.) “Dad is having a much larger role in the whole process, rather than just delivering his genome and being done with it,” he says. He adds that this is one of a growing number of studies to show that subtle changes in sperm microRNAs “set the stage for a huge plethora of other effects”.

“Dad is having a much larger role … than just delivering his genome.”

In the new study, Isabelle Mansuy, a neuroscientist at the University of Zurich, Switzerland, and her colleagues periodically separated mother mice from their young pups and exposed the mothers to stressful situations — either by placing them in cold water or physically restraining them. These separations occurred every day but at erratic times, so that the mothers could not comfort their pups (termed the F1 generation) with extra cuddling before separation.

When raised this way, male offspring showed depressive behaviours and tended to underestimate risk, the study found. Their sperm also showed abnormally high expression of five microRNAs. One of these, miR-375, has been linked to stress and regulation of metabolism.

The F1 males’ offspring, the F2 generation, showed similar depressive behaviours, as well as abnormal sugar metabolism. The F1 and F2 generations also had abnormal levels of the five microRNAs in their blood and in the hippocampus, a brain region involved in stress responses. Behavioural effects persisted in the F3 generation as well.

Mansuy and her team are now looking into whether similar microRNA biomarkers occur in people exposed to traumatic events — or in their children. “If some are altered persistently in blood, then they could be used as markers for susceptibility to stress or for developing psychiatric disorders,” she says.

To rule out the possibility that the effects of stress were transmitted socially, the researchers also collected RNA from the F1 males’ sperm and injected it into freshly fertilized eggs from untraumatized mice. This resulted in mice with comparable depressive behaviours and metabolic symptoms — and the depressive behaviours were passed, in turn, to the next generation.

The authors readily admit that there is much to be discovered about the biological underpinnings of these findings. No one knows how stress triggers the changes in sperm microRNA, for example. One potential route is through glucocorticoid receptors, proteins involved in the stress response that are expressed in sperm. It could be that stress hormones circulating in the blood make their way to the testes and bind to these receptors, somehow triggering changes in microRNA expression, says Sarah Kimmins, an epigeneticist at McGill University in Montreal, Canada. “Nobody’s explored that, and I think that’s a really exciting avenue.”

Krawetz notes another puzzle raised by the study — the stressful experience did not affect the sperm microRNA of the F2 or F3 generations. This could mean that the abnormalities in these progeny came from some other epigenetic mechanism, such as DNA methylation or chemical marks on histones, the proteins that DNA wraps around. But for now, he says, “that’s all hand-waving”.