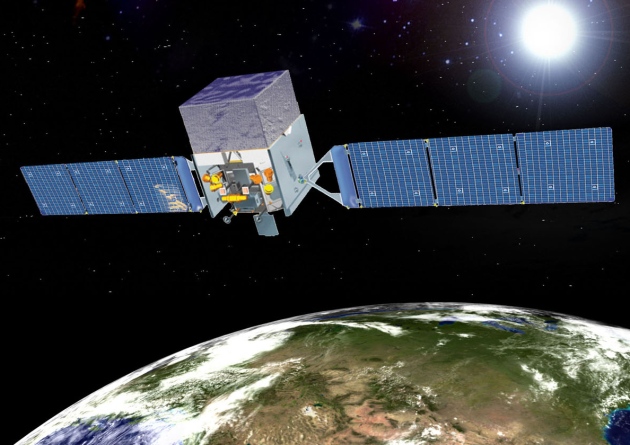 Since its launch in 2008, NASA’s Fermi Gamma-ray Space Telescope has trained its detectors on the most violent regions in the cosmos, recording some of the highest-energy photons known — γ-rays billions of times more energetic than visible light. But to astronomers’ chagrin, the most revealing photons have sometimes slipped through.

Long-standing but little-publicized software problems, and insufficient memory in one of the detectors, have clouded the vision of the world’s leading γ-ray telescope to the highest-energy γ-rays. The flaws do not seriously threaten the satellite’s observations at low energies. But they have hampered studies at energies greater than 10 billion electronvolts (GeV), which could yield clues to dark matter and the powerful stellar explosions known as γ-ray bursts, says particle physicist Bill Atwood at the University of California, Santa Cruz, a member of the Fermi team who helped to design the craft’s instruments.

Now the team is closing the net. A workaround for the memory deficiency was uploaded to the spacecraft two weeks ago, and new software is being tested, the team reported last week at the Fourth International Fermi Symposium in Monterey, California. Expected to be in routine use by the end of 2013, the software, called Pass 8, will boost the amount of usable data at energies greater than 10 GeV by some 60%. The result, says Atwood, “will be a complete renaissance in the science this instrument will do”.

Physicists working at particle accelerators typically revise their software within months of seeing what their data looks like. But four years after launch, Fermi researchers are only now replacing the main algorithm used to analyse the γ-ray data. The team had to convince itself that the labour-intensive software overhaul was needed, given how well the mission was performing, says Fermi researcher Elliott Bloom of the SLAC National Accelerator Laboratory in Menlo Park, California.

When γ-rays strike Fermi, they first encounter a tracker consisting of silicon-strip detectors interleaved with tungsten foil. The foil converts the photons into pairs of electrons and positrons that are recorded in the silicon strips. But the original software was not adept at handling the complex showers of charged particles created by the highest-energy γ-rays. It also had trouble identifying γ-rays that slip through the tracker and slam into Fermi’s calorimeter, which measures photon energies. The algorithm could not always distinguish between γ-rays and spurious strikes of other particles such as cosmic rays.

Because these previously ignored signals are hidden in the raw data transmitted to Earth, researchers can apply Pass 8 to data from Fermi’s four years of operation to resurrect some of the missing photons. But because of the memory flaw, the data are incomplete. Two years before launch, tests revealed that the tracker’s detectors collected much more information than could be stored in memory — “a woefully stupid error,” says Atwood. But by then, a hardware fix could have delayed the mission or even threatened it with cancellation. Memory overload was originally prevented by truncating the data collected by each silicon strip. In the new strategy, the data from all the strips are collected and then truncated en masse, which is a more efficient use of the limited memory.

Tests of the software fixes are yielding tantalizing results. At the symposium, Melissa Pesce-Rollins at the National Institute for Nuclear Physics in Pisa, Italy, reported that she and her colleagues had used Pass 8 to reanalyse ten γ-ray bursts detected by Fermi. They found four new photons with energies greater than 10 GeV, including one, from a burst 3.7 billion parsecs (12.2 billion light years) from Earth, at 27.5 GeV — the highest-energy photon ever observed at this distance. These photons, passing through a haze of background light, can offer information about the stars that existed when the Universe was still evolving; the fact that the photons got through at all is a hint that the first stars were not as massive or as numerous as is typically assumed. “Physicists are always striving for perfection and that is essentially what Pass 8 is all about,” says Pesce-Rollins.

Other researchers say that the fixes will put Fermi closer to detecting clues to dark-matter particles, which can annihilate each other and produce high-energy γ-rays. At the symposium, Christoph Weniger of the Max Planck Institute for Physics in Munich reported hints of an annihilation signal from the Galactic Centre, where theorists speculate that dark matter might lurk. Pass 8 could transform that tentative result into a bona fide discovery.