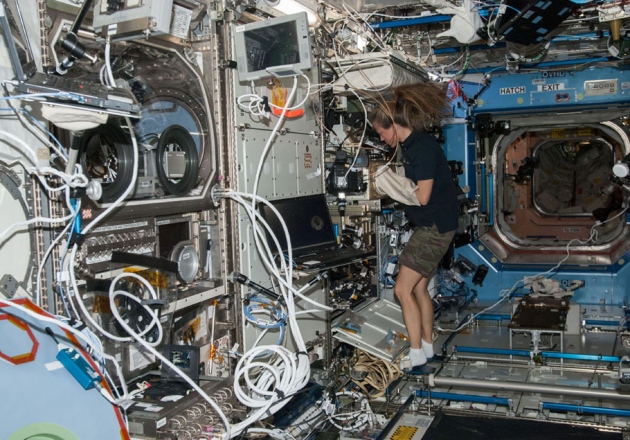 In January, when the United States proposed extending International Space Station (ISS) operations until 2024, the world was a very different place. That was before Russian military intervention in Ukraine, before US–Russian relations foundered and before Russian deputy prime minister Dmitry Rogozin suggested that US astronauts use a trampoline to get themselves to orbit (see Nature http://doi.org/s4f; 2014).

Rogozin also suggested last month that Russia would stop participating in the space-station programme after its scheduled end date of 2020. That statement did not set official government policy, but given Russia’s key role in the orbiting outpost it cast a shadow over hopes for the four-year extension.

With the clock ticking, the race is on to conduct as much science as possible in whatever time the space station has left. At a conference next week in Chicago, Illinois, NASA scientists will try to lure researchers who have not worked with near-zero-gravity conditions before. The goal is to get them to propose anything from the usual research agenda — such as protein crystallization and human physiology experiments — to basic biomedical research and Earth-science observations that can take advantage of the high-flying platform before its mission ends (see ‘Research push’). “There’s never been anything like it,” says Julie Robinson, NASA’s space-station research chief at the Johnson Space Center in Houston, Texas. “It’s like a university, all together with all the disciplines — I don’t know if we’ll see that again.” 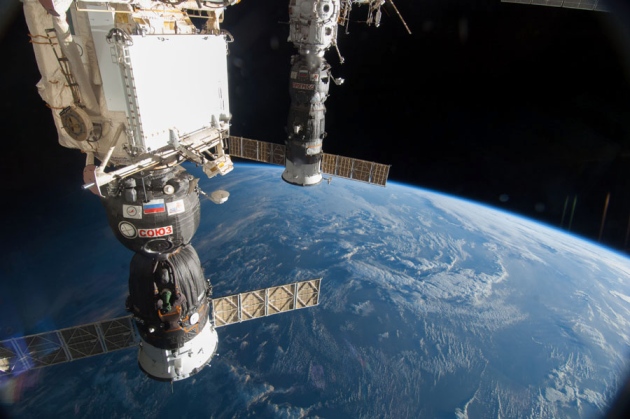 The United States has proposed extending the International Space Station’s lifetime by four years, to 2024, to conduct more scientific research. This year, the station will see the arrival of multiple science payloads.

More than 1,600 scientists from 69 countries have contributed to experiments carried out on the space station since its first module was launched in 1998. The United States is the largest science user. But over the years, many have questioned the value of the science done in orbit. One main goal is to help humans to endure long-duration spaceflight, but early experiments often failed. For instance, NASA astronauts would spend hours a day exercising on treadmills to slow down muscle wasting and bone loss — to little avail. Force measurements revealed that they were subjecting their bodies to stresses that were not even close to the pull of gravity on Earth.

Another goal has been to conduct basic scientific observations to see how physical and biological processes change in a near-weightless environment. But these studies have often been limited to growing relatively unimportant proteins or running student experiments, and have often not made fundamental breakthroughs. In a sharply critical 2011 report, a US National Research Council panel argued that NASA was “poorly positioned to take full advantage of the scientific opportunities offered by the now fully equipped and staffed ISS laboratory”.

Space-station research suffered further after NASA halted the space-shuttle programme in 2011, eliminating the only option for both delivering experiments to orbit and returning them to Earth.

But in late 2012, the debut of two-way cargo ships made by private company SpaceX of Hawthorne, California, again allowed samples to be returned to Earth. That development enabled experiments such as those of David Klaus, an aerospace engineer and gravitational biology researcher at the University of Colorado Boulder, who is exploring why antibiotics seem to work less well in space than on the ground. The answers might help in making the drugs perform better on Earth, he says — and running operations to 2024 would allow him more generations of experiments, with the results of each guiding the design of the next.

“Extending the station out that long helps us align a bit better with research portfolios here on the ground,” says Duane Ratliff, chief operating officer at the Center for the Advancement of Science in Space, an organization in Melbourne, Florida, that manages US space-station research for NASA.

Another strategy is to mount Earth-science experiments on the space station as a cheaper alternative to putting them on a free-flying satellite. Some time in August or later, an instrument that monitors ocean winds will be flown to the station to replace a satellite-borne one that failed in 2009. And a supply run in September is slated to deliver a laser system to measure clouds, dust and pollution in the Earth’s atmosphere.

The agency is also adding what it hopes will be versatile facilities that produce data for a broad range of research. The August supply run will carry a rodent habitat — the largest ever launched for long-duration spaceflight, says Robinson, with a capacity of 40 mice. And a series of experiments called geneLAB will send a range of model organisms, including fruit flies and nematodes, into space for months at a time, performing basic biomedical assays on them both in orbit and after returning them to Earth. The accumulated information will go into a database that any ground-based researcher will be able to draw on.

“People will come and do one to two experiments in space,” says Robinson, “and continue to do work in their lab for another 30 years to understand that insight.”