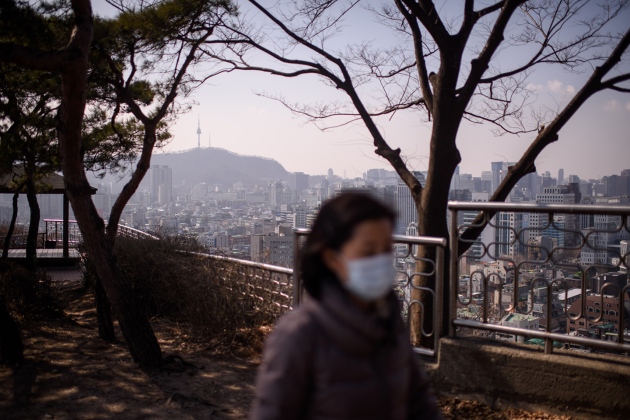 Although much of the spending had already been pledged, researchers say that the new strategy, announced on 26 September, is the country’s most ambitious attempt yet to scrub its air. But because it omits controls on a class of chemicals called volatile organic compounds (VOCs), the initiative might make air quality worse before it improves.

The plan fulfils a key campaign pledge by President Moon Jae-in, who was elected in May by a Korean public increasingly concerned about their country’s worsening air quality. At times this year, Seoul ranked among the world’s top three most polluted cities. And the Organisation for Economic Co-operation and Development (OECD), based in Paris, reports that in 2015 South Korea’s average exposure to fine-dust particles under 2.5 micrometres in size was the highest of all OECD member nations. This particulate matter, known as PM2.5, is small enough to enter the lungs and can cause respiratory illnesses.

The government hopes to cut domestic emissions of PM2.5 by 30% before 2022. Moon’s administration has already focused on shutting down coal plants, temporarily closing eight of them in June and beginning the permanent shutdown of three in July. And the previous administration of Park Gyun-Hye had pledged 5 trillion won by 2020 to speed the adoption of electric cars to replace diesels.

But the new strategy also aims to crack down on emissions of nitrogen oxides (NOx), which can react with other atmospheric compounds, including VOCs, sulfides and ammonia, to form ozone and fine-dust particles. Large industrial facilities such as steel plants and petroleum refineries will be fitted with monitoring equipment and held to a cap on their NOx emissions starting in 2019, the environment ministry’s deputy director JaeHyun Kim says.

That approach has been informed in part by data released in July from a joint US–South Korean study called KORUS-AQ1, says Kim. The most comprehensive examination of air quality in the region, it involved more than 580 researchers from the United States and South Korea, as well as several research aircraft, including a NASA DC-8 jet that flew across the Korean peninsula and the Yellow Sea. Researchers found that South Korea was emitting more NOx and VOCs than its own ministry estimated, and recommended reductions in these chemicals. This highlighted the importance of addressing South Korea’s domestic pollution, says Kim, at a time when many in the country were more concerned about pollution blowing over from China.

The focus on NOx means the new plan is “a lot better than before”, says Kyung-Eun Min, an atmospheric chemist at the Gwangju Institute of Science and Technology. But she and other scientists point out that it says little about curbing VOCs. These are typically aromatic molecules produced for activities such as painting, printing and dry cleaning. A compound called toluene, used to manufacture solvents, is particularly instrumental in producing fine dust and ozone, the KORUS-AQ study found. The VOCs often leak during production, or while being stored or used by small businesses.

Paradoxically, Min says, reducing NOx without reducing VOCs is likely to increase ozone across much of South Korea. That is because, according to the KORUS-AQ results and Min’s own work, relative levels of NOx are so high in Korea — especially in car-filled Seoul — that they restrict the efficiency of ozone production, much as an over-rich fuel mixture makes an engine sputter. The quickest way to cut ozone is to starve it of both NOx and VOCs, “but the VOC part is not really there,” Min says. However, regions downwind of Seoul may benefit more quickly from NOx reductions, says Rokjin Park, an air chemist at Seoul National University.

Tracking VOC emissions is particularly difficult, because there is no clear way to monitor or regulate small businesses such as painters and dry cleaners. A first step would be to collect data to nail down where South Korea’s VOCs are coming from, Min says. In the longer term, she suggests developing technology that can capture dirty air from such emissions sites so that it can be purified at treatment facilities — in a process analogous to sewage treatment.