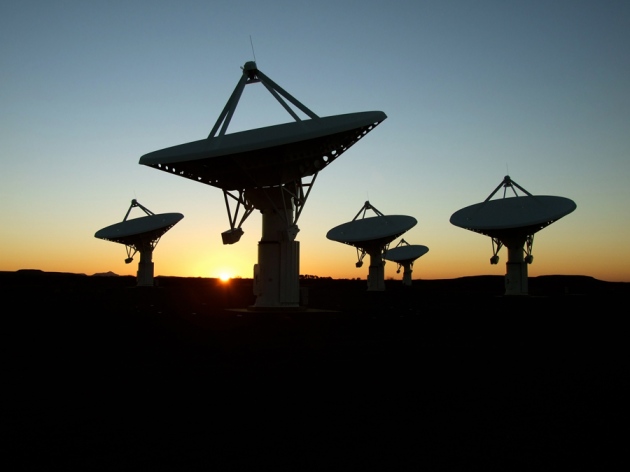 A scientific panel has narrowly recommended South Africa over Australia as the best site for the proposed Square Kilometre Array (SKA), an enormous radio telescope (see 'Astronomy in South Africa: The long shot'). But the project's member states have yet to make a final decision on where the telescope will go.

The SKA Site Advisory Committee's decision was first reported on 10 March in the Sydney Morning Herald. A source familiar with the site-selection process confirmed to Nature that the panel had indeed made a decision, but added that it was a close call. "This is not an enormous preference for one over the other," he says.

The US$2.1-billion SKA radio telescope will be made up of some 3,000 dishes, each 15 metres in diameter. The project will try to answer big questions about the early Universe: how the first elements heavier than helium formed, for example, and how the first galaxies coalesced. The telescope is so sensitive that it could even pick up television signals from distant worlds — something that might aid in the search for extraterrestrial intelligence.

Since 2006, South Africa has competed against a joint bid from Australia and New Zealand to host the project. The South African site has some compelling advantages: construction costs are lower, and it sits at a higher altitude. But the Australian site would be cheaper to insure, and is less likely to be encroached on by future development. The margin in favour of the winner was extremely narrow, the source says.

According to Nature's source, because the two sites are so close in merit, both are still in contention. China, Italy, the United Kingdom and the Netherlands — the SKA voting board members — could yet decide either way. It is even possible that the array could be shared between both nations, although this would probably increase the construction costs.

A final site decision could come as soon as 4 April, when a meeting of the board is tentatively scheduled in Amsterdam.