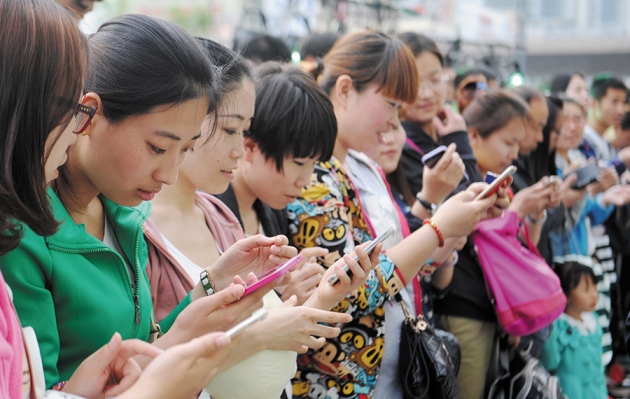 Many choices that people consider their own are already determined by algorithms.

Fridges, coffee machines, toothbrushes, phones and smart devices are all now equipped with communicating sensors. In ten years, 150 billion 'things' will connect with each other and with billions of people. The 'Internet of Things' will generate data volumes that double every 12 hours rather than every 12 months, as is the case now.

Blinded by information, we need 'digital sunglasses'. Whoever builds the filters to monetize this information determines what we see — Google and Facebook, for example. Many choices that people consider their own are already determined by algorithms. Such remote control weakens responsible, self-determined decision-making and thus society too.

The European Court of Justice's ruling on 6 October that countries and companies must comply with European data-protection laws when transferring data outside the European Union demonstrates that a new digital paradigm is overdue. To ensure that no government, company or person with sole control of digital filters can manipulate our decisions, we need information systems that are transparent, trustworthy and user-controlled. Each of us must be able to choose, modify and build our own tools for winnowing information.

With this in mind, our research team at the Swiss Federal Institute of Technology in Zurich (ETH Zurich), alongside international partners, has started to create a distributed, privacy-preserving 'digital nervous system' called Nervousnet. Nervousnet uses the sensor networks that make up the Internet of Things, including those in smartphones, to measure the world around us and to build a collective 'data commons'. The many challenges ahead will be best solved using an open, participatory platform, an approach that has proved successful for projects such as Wikipedia and the open-source operating system Linux.

The science of human decision-making is far from understood. Yet our habits, routines and social interactions are surprisingly predictable. Our behaviour is increasingly steered by personalized advertisements and search results, recommendation systems and emotion-tracking technologies. Thousands of pieces of metadata have been collected about every one of us (see go.nature.com/stoqsu). Companies and governments can increasingly manipulate our decisions, behaviour and feelings1.

Many policymakers believe that personal data may be used to 'nudge' people to make healthier and environmentally friendly decisions. Yet the same technology may also promote nationalism, fuel hate against minorities or skew election outcomes2 if ethical scrutiny, transparency and democratic control are lacking — as they are in most private companies and institutions that use 'big data'. The combination of nudging with big data about everyone's behaviour, feelings and interests ('big nudging', if you will) could eventually create close to totalitarian power.

Countries have long experimented with using data to run their societies. In the 1970s, Chilean President Salvador Allende created computer networks to optimize industrial productivity3. Today, Singapore considers itself a data-driven 'social laboratory'4 and other countries seem keen to copy this model.

The Chinese government has begun rating the behaviour of its citizens5. Loans, jobs and travel visas will depend on an individual's 'citizen score', their web history and political opinion. Meanwhile, Baidu — the Chinese equivalent of Google — is joining forces with the military for the 'China brain project', using 'deep learning' artificial-intelligence algorithms to predict the behaviour of people on the basis of their Internet activity6.

The intentions may be good: it is hoped that big data can improve governance by overcoming irrationality and partisan interests. But the situation also evokes the warning of the eighteenth-century philosopher Immanuel Kant, that the “sovereign acting ... to make the people happy according to his notions ... becomes a despot”. It is for this reason that the US Declaration of Independence emphasizes the pursuit of happiness of individuals.

Ruling like a 'benevolent dictator' or 'wise king' cannot work because there is no way to determine a single metric or goal that a leader should maximize. Should it be gross domestic product per capita or sustainability, power or peace, average life span or happiness, or something else?

Better is pluralism. It hedges risks, promotes innovation, collective intelligence and well-being. Approaching complex problems from varied perspectives also helps people to cope with rare and extreme events that are costly for society — such as natural disasters, blackouts or financial meltdowns.

“Big data should be used to solve the world's problems.”

Fifth, reducing pluralism is as bad as losing biodiversity, because our economies and societies are like ecosystems with millions of interdependencies. Historically, a reduction in diversity has often led to political instability, collapse or war. Finally, by altering the cultural cues that guide peoples' decisions, everyday decision-making is disrupted, which undermines rather than bolsters social stability and order.

Big data should be used to solve the world's problems, not for illegitimate manipulation. But the assumption that 'more data equals more knowledge, power and success' does not hold. Although we have never had so much information, we face ever more global threats, including climate change, unstable peace and socio-economic fragility, and political satisfaction is low worldwide. About 50% of today's jobs will be lost in the next two decades as computers and robots take over tasks. But will we see the macroeconomic benefits that would justify such large-scale 'creative destruction'? And how can we reinvent half of our economy?

The digital revolution will mainly benefit countries that achieve a 'win–win–win' situation for business, politics and citizens alike10. To mobilize the ideas, skills and resources of all, we must build information systems capable of bringing diverse knowledge and ideas together. Online deliberation platforms and reconfigurable networks of smart human minds and artificially intelligent systems can now be used to produce collective intelligence that can cope with the diverse and complex challenges surrounding us.

The Nervousnet project is working on this. It began as a tool for scientists to experiment with the Internet of Things. For example, social interactions can be studied by anonymously tracing the physical proximity of people (given their informed consent).

Nervousnet now enables anyone to measure and analyse aspects of the world in real time. The Nervousnet app allows users to activate or deactivate about ten smartphone sensors that measure, for example, acceleration, light and noise. A range of other functions are being shaped by the core research and development team at ETH Zurich and about a dozen research groups in Europe, Japan and the United States. The project is funded by the European Commission, Delft University of Technology in the Netherlands and philanthropists. It is also supported by volunteer developers. We aim for global collaboration and benefits, even if there will be different variants in the end (as happened for Unix operating systems, for example).

Unlike initiatives for the Internet of Things spearheaded by big technology companies, Nervousnet is run as a 'citizen web', built and managed by its users. Inspired by Wikipedia and OpenStreetMap, people can interact with Nervousnet in three ways. They can contribute data, analyse the crowdsourced data sets, and share code and ideas. Anyone can create data-driven services and products using a generic programming interface. The aim is to yield societal benefits, business opportunities and jobs.

Nervousnet uses distributed data storage and distributed control, so that it is resilient to attacks and centralized manipulation attempts, easy to scale up, and tolerant to faults. Because data encryption is not enough, a secure personal-data store will be needed to allow each user to determine which data to share with whom, and for what purpose.

Attracting users is a challenge. We will be adding elements of gaming to make participation more enjoyable, as well as a micro-payment system to reward and incentivize digital co-creation. Because critics may worry about the responsible use of bottom-up systems, Nervousnet will integrate reputation systems, qualification mechanisms and self-governance by community moderators.

In the long run, measurements tailored to specific purposes and a combination of crowdsourced data generation, curation and analysis will outperform the currently fashionable big-data analytics approach. Just as the open standards of the World Wide Web created unprecedented opportunities and a multibillion-dollar economy, the right framework for the Internet of Things and digital society could foster an age of prosperity.