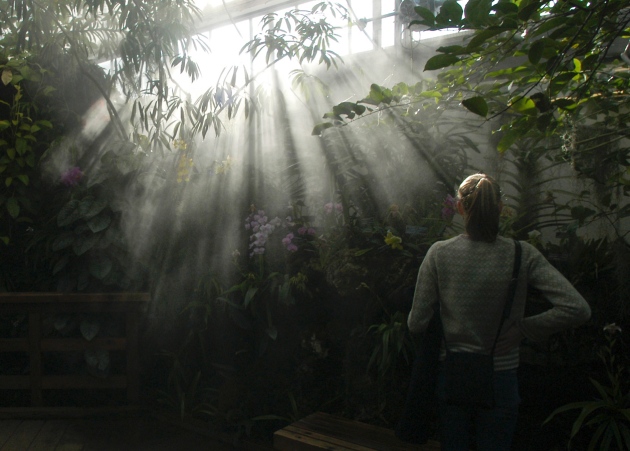 The US Botanic Garden will provide specimens for a project to catalogue plant biodiversity.

The Smithsonian Institution has embarked on an effort to preserve biodiversity by assembling a large collection of frozen vegetables. On 8 July, its National Museum of Natural History (NMNH) in Washington DC launched an initiative to collect and freeze plant tissues from half of the world’s families of flora. Researchers behind the scheme say that the repository will yield useful samples for scientists studying genomics and biodiversity, and see the project growing to include all plant families and half of all plant genera in two years.

“It will be like an herbarium for the twenty-first century,” says Jonathan Coddington, director of the museum's Global Genome Initiative (GGI), which aims to collect specimens, tissues and data from across the tree of life. By September, the project hopes to have some 800 plant samples, representing some 250 families, all held in just three institutions in Washington DC — the US Botanic Garden, the US National Arboretum and the Smithsonian Gardens.

Kneeling around plants at the US Botanic Garden on an oppressively hot morning, a botanist led students in a demonstration of how fresh plants are preserved. The researchers dropped little plastic tubes containing cuttings from a cacao tree into wispy vapours wafting from a flask of liquid nitrogen.

These frozen samples yield higher-quality genetic data than older, pressed samples. Such information can be used to reveal taxonomic relationships, uncover evolutionary history or identify ‘cryptic’ species — those distinguishable from near relatives only by their DNA.

Unlike animals and fungi, most of the estimated 400,000 species of flora are known. Some 30–40% are thought to be currently cultivated in botanic gardens, so assembling a representative collection of frozen samples is a feasible undertaking.

There is a data component to the GGI, but Coddington says that collecting samples is the primary goal. Comprehensive repositories of this kind would be “cool to have”, says Henrique Miguel Pereira, head of biodiversity conservation at the German Centre for Integrative Biodiversity Research (iDiv) in Leipzig. “But is it really the most important thing?” he asks.

Researchers have already been depositing plant gene information into databases, and various cryopreservation projects exist worldwide. Frozen seed banks, such as ones run by the Israeli government and the US Department of Agriculture, store important food-related plants. Private enterprises are also trying to start their own networks for plant tissue. But there is no full picture of what holdings are already available. Accessibility to biorepositories of all kinds is a big problem, says Jim Vaught, president of the International Society for Biological and Environmental Repositories in Bethesda, Maryland.

The GGI hopes that institutional partners can help to expand the scope of its plant project worldwide. But it is unclear whether there is appetite to take on such projects. A cryopreserved-plant bank that began in Australia in 2002 was shuttered four years ago owing to a lack of interest. Robert Henry, who helped start the bank at Southern Cross University in Lismore, suspects that enthusiasm will continue to cool. “The case for storage of DNA is now not as strong, as we can now store those sequences as data instead,” he says.