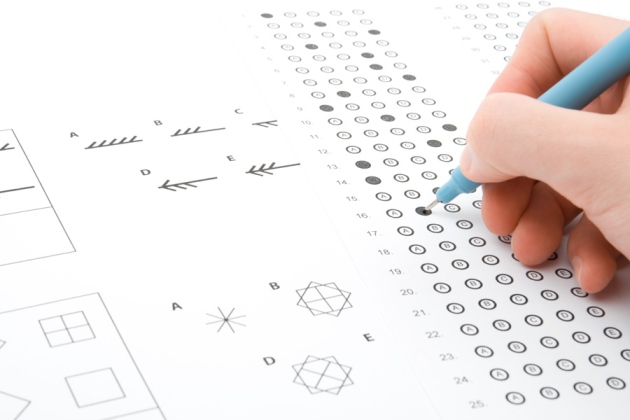 Researchers found 69 genes that correlate with higher educational attainment — and three of those also also appear to have a direct link to slightly better cognitive abilities.

Scientists looking for the genes underlying intelligence are in for a slog. One of the largest, most rigorous genetic studies of human cognition1 has turned up inconclusive findings, and experts concede that they will probably need to scour the genomes of more than 1 million people to confidently identify even a small genetic influence on intelligence and other behavioural traits.

Studies of twins have repeatedly confirmed a genetic basis for intelligence, personality and other aspects of behaviour. But efforts to link IQ to specific variations in DNA have led to a slew of irreproducible results. Critics have alleged that some of these studies' methods were marred by wishful thinking and shoddy statistics. A sobering editorial in the January 2012 issue of Behavior Genetics2 declared that “it now seems likely that many of the published findings of the last decade are wrong or misleading and have not contributed to real advances in knowledge”.

In 2011, an international collaboration of researchers launched an effort to bring more rigour to studies of how genes contribute to behaviour. The group, called the Social Sciences Genetic Association Consortium, aimed to do studies using practices borrowed from the medical genetics community, which emphasizes large numbers of participants, rigorous statistics and reproducibility. In a 2013 study3 comparing the genomes of more than 126,000 people, the group identified three gene variants associated with with how many years of schooling a person had gone through or whether they had attended university. But the effect of these variants was small — each variant correlated with roughly one additional month of schooling in people who had it compared with people who did not.

In a follow-up study published today in Proceedings of the National Academy of Sciences1, the team went looking for genetic variants associated with IQ and other cognitive abilities. To do this, they looked again for gene variants linked to schooling in more than 106,000 people who had been part of the 2013 study.

The researchers picked out 69 gene variants most strongly linked to education level. To establish a more direct link with IQ, they cross-checked this list with genetic variants in a second sample of 24,000 people who also had taken tests of cognitive ability. Three gene variants were found to be associated with both educational attainment and higher IQ scores.

The three variants the researchers identified were each responsible for an average of 0.3 points on an IQ test. (About two-thirds of the population score between 85 and 115.) That means that a person with two copies of each variant would score 1.8 points higher on an intelligence test than a person with none of them.

To put those figures in perspective, those variants have about one-twentieth the influence on intelligence as do gene variants linked to other complex traits such as height, says Daniel Benjamin, a social scientist at Cornell University in Ithaca, New York, who co-led the study.

Benjamin says that studies of more than 1 million people will be needed to find enough common gene variants to explain 15% of the variation across people in IQ scores, educational attainment and other behavioural traits.

“With effects this small, the chances that they represent false positives are vastly increased,” says Kevin Mitchell, a neurogeneticist at Trinity College Dublin who says he was decidedly underwhelmed by the study. “While intelligence — and proxy measures such as cognitive test performance or educational attainment — are quite heritable, the idea that this trait is determined by common variants in the population at large is really unproven,” he says.

Benjamin says that he and his colleagues knew from the outset that their efforts might come up empty handed. But the discovery that traits such as intelligence are influenced by many genes, each having a very small effect, should help to guide future studies and also temper expectations of what they will deliver.  “We haven’t found nothing,” he says.