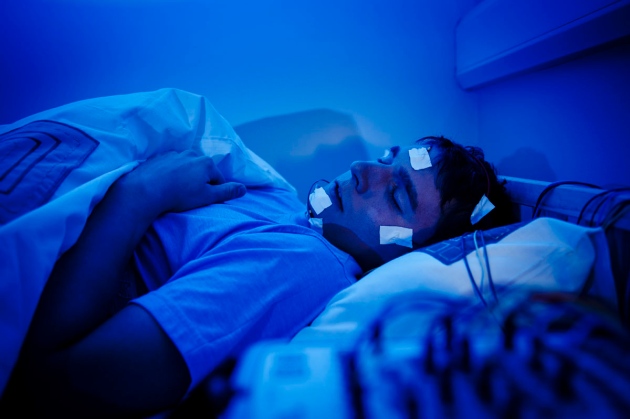 Forget the psychiatrist’s couch. Your own bed could one day be a setting for psychotherapy. Targeted brain training during sleep can lessen the effects of fearful memories, according to a study published today in Nature Neuroscience1. Researchers say that the technique could ultimately be used to treat psychiatric disorders, such as phobias and post-traumatic stress disorders.

Today, those conditions are most commonly treated using ‘exposure therapy’, which requires patients to intentionally relive their fears. With repeated exposures in the safety of a therapist’s consulting room, patients can learn to reduce their responses to traumatic cues — suggesting that memories are being altered. But the treatment itself can be intolerably painful for some patients, especially at first. In the latest study, neuroscientist Katherina Hauner and her colleagues at the Feinberg School of Medicine at Northwestern University in Chicago, Illinois, devised a form of exposure therapy that works while people snooze.

“It’s fascinating, and very promising,” says Daniela Schiller, a neuroscientist at Mount Sinai School of Medicine in New York. “We used to think you need awareness and conscious understanding of your emotional responses in order to change them.”

To create fearful memories, Hauner’s team delivered mild electric shocks to study participants as they viewed pictures of faces that were paired with a distinct odour, such as lemon or mint. People began to sweat slightly on seeing the pictures and smelling the odours, anticipating that they would get a shock.

Soon after the training, participants napped in the lab while the researchers monitored their brain waves with electrodes placed on their scalps. When the volunteers entered slow-wave sleep — a stage during which recent memories are replayed and reinforced — the team released one of the fear-linked odours. By administering the odour at 30-second intervals, the researchers were trying to trigger the memory of the corresponding face over and over again — this time without delivering electric shocks. Just like when they were awake, the sleeping subjects showed increased sweating when exposed to the odour, but the effect gradually subsided.

The reduced effect persisted after sleep. When awake, people showed diminished fear responses when exposed to the odour–face combination that had been triggered repeatedly during sleep. Activity changes in the amygdala, a region of the brain involved in emotion and fear, suggest that the treatment did not erase the fearful memory, but rather that it created new, innocuous associations with the odour–face combination. People who slept longer and received more treatment benefited most from the procedure.

“It’s really paradoxical,” says Jan Born, a neuroscientist at the University of Tübingen in Germany, noting that the spontaneous replay of memories during sleep is typically thought to strengthen rather than weaken learning.

Hauner explains that repeated activation of a single fearful memory during sleep probably works more like real exposure therapy and less like a natural replay of memories at night, in which memories are triggered haphazardly. More work is needed, she says, to determine how long the treatment lasts and whether overnight sleep might affect it.

As for using the technique therapeutically, Hauner notes that real traumatic memories, especially very old ones, could be much more complicated to treat than the simple scenarios engineered in the lab. “This is a very novel area,” she says. “I think the process has to be refined.”