At last, a member of the celebrated sirtuin family of proteins has been shown to extend lifespan in mammals — although it’s not the one that has received the most attention and financial investment.

Sirtuin genes and the proteins they encode have intrigued many researchers who study ageing ever since they were first linked to longevity in yeast. Results published today in Nature suggest that the overexpression of one gene, called sirtuin 6 (SIRT6), can lengthen lifespan in male mice by as much as 15.8%1. 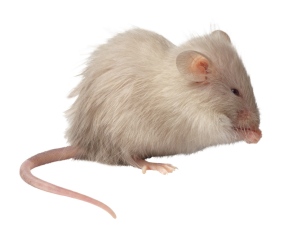 Male mice with boosted levels of the sirtuin protein SIRT6 could live longer.

For years, another member of the family, SIRT1, has hogged much of the spotlight because it is the mammalian member of the sirtuin clan most closely related to the longevity-linked yeast gene. Some researchers speculated that SIRT1 may also boost lifespan in mammals, and that it was the target of resveratrol, a compound found in red wine that had been linked to a variety of health benefits.&nbsp;

Sirtuin fervour reached its height in 2008, when the London-based drug company GlaxoSmithKline paid US$720 million for a biotechnology company that was initially focused on finding SIRT1-activating compounds as possible treatments for type 2 diabetes. But since then, results suggesting that SIRT1 affects lifespan in the fruitfly Drosophila melanogaster and the nematode Caenorhabditis elegans have been questioned (see Longevity genes challenged). And no effect of SIRT1 on longevity in mammals has been reported, although its expression is associated with a healthier metabolism in mice fed a high-fat diet.

Amid the excitement about SIRT1, it was in part the relative obscurity of SIRT6 that drew molecular biologist Haim Cohen of Bar-Ilan University in Ramat-Gan, Israel, to study the gene. “People were mostly interested in SIRT1,” he says. “So I thought it might be better for us as a new lab to work on something that is less crowded.”

In 2006, researchers had reported that mice lacking SIRT6 seemed to age more quickly2. The mice were small and sickly, had a reduced capacity to repair damaged DNA, and died a month after birth.

Cohen and his colleagues decided to find out what would happen if mice expressed higher levels of the SIRT6 protein than normal. They found that longevity in female mice was unaffected by the excess protein, but that the median lifespan of male mice rose by 14.5% in one line of their transgenic mice and 9.9% in another1.

Another measure of longevity, maximum lifespan (generally more valued by researchers into ageing because it is less likely to be affected by other factors such as changes in infant mortality), rose by 15.8% in the first line of mice, and 13.1% in the second, although the latter increase was not statistically significant.

Furthermore, in the transgenic mice, levels of proteins involved in the 'insulin-like growth factor 1' pathway, which has been previously linked to longevity, were also affected by SIRT6 expression.

The results are interesting, and the magnitude of lifespan extension is impressive, says Richard Miller, who studies ageing at the University of Michigan in Ann Arbor. But the work must be interpreted with care, he adds. “It’s a good bet that each of the sirtuins does something interesting,” says Miller. “But the case for whether any one of them is important to ageing and longevity in mammals is somewhat weak and circumstantial.”

The strain of mice used in the study is particularly prone to tumours, especially in males, says Miller. It’s possible, then, that the longer lifespans could be the result of an anti-cancer effect of SIRT6 rather than a direct effect on ageing.

Cohen acknowledges that this is a possibility, but notes that statistical analyses found no evidence that differences in tumour rates were contributing to the longevity effects of SIRT6.

David Lombard, a sirtuin researcher at the University of Michigan agrees with Miller, saying that it is important for researchers to directly address whether SIRT6 affects several of the conditions associated with ageing, such as cataract formation and declines in memory and mobility. Since the initial work with SIRT6-deficient mice was published, he notes, researchers have found that much of what initially seemed to be an accelerated rate of age-related degeneration may in fact be attributable to metabolic defects that cause extremely low blood-sugar levels.

And why does SIRT6 affect males and females differently? Cohen’s lab is trying to piece that together, but for now he can only offer speculation. He notes that in the strain of mice his team used, females live about 15% longer than males and that overexpression of SIRT6 simply allowed the males to catch up to the females. Perhaps, then, SIRT6 is mimicking effects already seen in the females of this strain of mice. In this context, Rafael de Cabo, who studies ageing at the National Institute on Ageing in Baltimore, Maryland, notes that the expression of some proteins in the transgenic mice producing excess SIRT6 matched the expression of those proteins in normal, control female mice.

The new focus on SIRT6 does not mean that the other sirtuins have been left by the wayside, says Miller. Researchers are beginning to look at the effects of SIRT1 when expressed in specific tissues, and work on the other members of the family is continuing apace. “People are just beginning to come to grips with the fact that there are seven sirtuins and each may do different things,” says Miller. “The quicker people stop thinking in terms of ‘it’s either gold or tin’ and start addressing the nuances of sirtuin function, the better.”