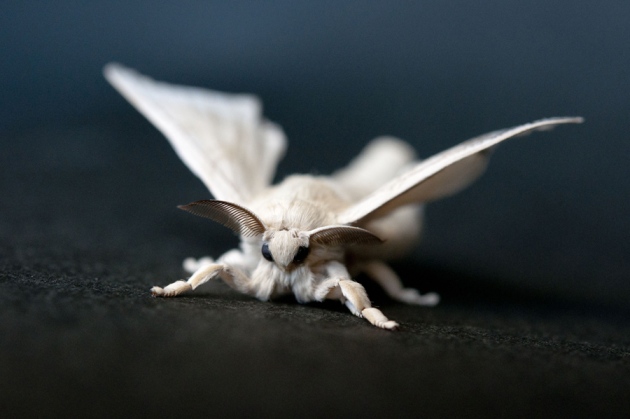 In the silk business, sex is money. Male silkworms weave cocoons with more silk of a higher quality than females do, and the multibillion dollar sericulture industry has long sought an easy way to breed only males. That might now be a realistic goal, as researchers have identified the process that determines sex in the silkworm Bombyx mori1. The sex factor is found to be a small RNA molecule — the first time that anything other than a protein has been implicated in a sex-detemination process.

In nearly all Lepidoptera — the order that includes moths and butterflies — sex is determined by a WZ chromosome system, in contrast to the XY system used in mammals. Female silkworms carry W and Z sex chromosomes, whereas males boast a pair of Z chromosomes.

Last year, researchers showed how to genetically modify silkworms so that the females would express a deadly protein (see 'Genetic kill switch eradicates female silkworms for a better crop').

But efforts to identify the genes on the W chromosome that make silkworms female have come up short: the W does not seem to have any protein-making genes, and is instead almost completely filled with parasitic, mobile genetic elements called transposons. In 2011, a team led by entomologist Susumu Katsuma at the University of Tokyo reported that the W chromosome produces short RNA molecules that keep transposons at bay in newly formed egg cells2.

Katsuma and his team report in Nature today1 that one such molecule, which the authors called Fem, is specific to female silkworms, suggesting that it has a role in sex determination. The Fem RNA breaks down a corresponding molecule made by a gene known as Masculinizer, which is found on the Z chromosome. When the researchers silenced Masculinizer, embryos execute a genetic programme that makes female tissue.

The authors make a strong case that the Fem RNA determines the sex of female silkworms, says František Marec, a molecular geneticist at the Institute of Entomology in České Budějovice, Czech Republic, who wrote an accompanying News & Views article. He has a hunch that other Lepidoptera species determine sex in the same way. Male mutants of a moth that he studies, for instance, die as embryos when even a tiny portion of the W chromosome is added to their genome.

Katsuma says that his team is trying to manipulate sex determination in silkworms for industrial applications. But Marec believes that it will not be easy to make all-male stocks of silkworms. Simply blocking the Fem RNA failed to turn ordinarily female WZ embryos into males, and inhibiting Masculinizer killed embryos with two Z chromosomes. A silkworm strain that is genetically modified to produce only females should be more successful, says Marec. “You need genetic ways to automatically kill females.”