Scientific publishing, meet cybercrime. Two reputable European science journals have fallen prey to identity theft by criminals who have created counterfeit journal websites. These online doppel­gängers have duped hundreds of researchers into paying author fees, with the ill-won gains being funnelled to Armenia.

Editors of the victim journals first learned of the scam last year, but their attempts to put a stop to it have so far come to nothing. The crooked websites are masquerading as Archives des Sciences, a multidisciplinary journal founded in 1791 and published by the Society of Physics and Natural History of Geneva (SPHN) in Switzerland; and Wulfenia, a botany journal published by the Regional Museum of Carinthia in Klagenfurt, Austria. 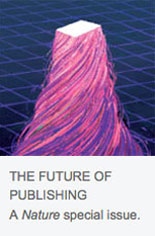 The scammers attend to the closest of details, displaying on multiple websites not only the titles of the authentic journals, but also their impact factors, postal addresses and international standard serial numbers — the unique codes used to identify journals.

Editors of the authentic publications fear that the ruse has tainted the reputations of their journals.

“Victims are regularly contacting me to ask about the status of their papers: they transfer money and don’t see their papers published,” says Roland Eberwein, editor-in-chief of the authentic Wulfenia and head of the Botanic Center at the Carinthia museum, which includes a herbarium of more than 200,000 specimens.

“We are currently wasting our time trying to fight these people,” says Robert Degli Agosti, editor-in-chief of Archives des Sciences and a plant biologist and electrophysiologist at the University of Geneva.

Neither of the authentic journals has its own dedicated website, making them easy prey for imposters. In response to the scam, however, the SPHN and the Carinthia museum have put warning notices on their home pages, and Wulfenia has started publishing its back issues online.

The forged sites look so convincing that they initially misled Thomson Reuters, a metrics company based in New York that produces the Scientific Citation Index and compiles journal impact factors.

But by May last year, the company had become suspicious, writing to the SPHN for an explanation of the “huge discrepancy” between the content of articles in print issues of Archives des Sciences — which Thomson Reuters indexes — and on the website. It noted, too, a discrepancy in publishing frequency: “We receive and index 2 issues of each volume for each year, while the website is now listing 12 issues per volume, one each month,” it wrote to the society.

One of the imposters had even persuaded Thomson Reuters to include a link to the false journal in its list of indexed publications; the company moved swiftly to remove the link when the scam was uncovered. The action triggered “a barrage of complaints and requests to reactivate the link from representatives of the false journal”, says Marie McVeigh, director of content selection at Thomson Reuters. She says that the company has also received enquiries from customers “asking why the articles that had been accepted by one of the false journals were not appearing in our indexes”.

“The quality and integrity of our content is of the greatest importance to us,” adds McVeigh.

In a further impudent touch, the various counterfeit Archives des Sciences websites list an editorial board with 87 members, including Daniel Gamelin, a chemist and materials scientist at the University of Washington in Seattle, and Gerald Cleaver, a high-energy physicist at Baylor University in Waco, Texas. Both are perplexed — and annoyed. “This is the first I have heard of this website or of my listing; I have no affiliation with this organization, nor have I ever,” says Gamelin. Cleaver, too, says that his name is being used without his permission.

The ‘editor-in-chief’ of the fake Archives des Sciences journal is named on the counterfeit websites as “Prof. Dr. Eliana Schmid”, with the affiliation “Geneva, Switzerland”. The counterfeit Wulfenia sites give as the editor-in-chief Vienna S. Franz and list 35 editorial-board members, with most affiliations giving only city and country. Eberwein and Degli Agosti think that these named editors-in-chief are fictional.

Researchers who have submitted to the fake journals pay dearly. Both the counterfeit Archives des Sciences and the fake Wulfenia charge author fees of more than $500, with instructions to address payment to accounts at two banks in Yerevan, Armenia.

Degli Agosti has reported the counterfeit Archives des Sciences websites to the Cybercrime Coordination Unit Switzerland, but was told that the sites were hosted in the United States, so the unit could not act directly against them. However, it advised him that he could press criminal charges under Swiss cybercrime laws. The University of Geneva’s lawyers are helping the SPHN to draft its case, but the society is not part of the university, so it will have to take its case forward alone.

Austrian police have made little progress on the Wulfenia case, says Eberwein: they closed down a fake site hosted in Austria, but multiple replicas popped up on servers in other countries. Austrian authorities have told Eberwein that the scope for legal redress is limited, but, unconvinced, he has contacted Archives des Sciences to swap notes.