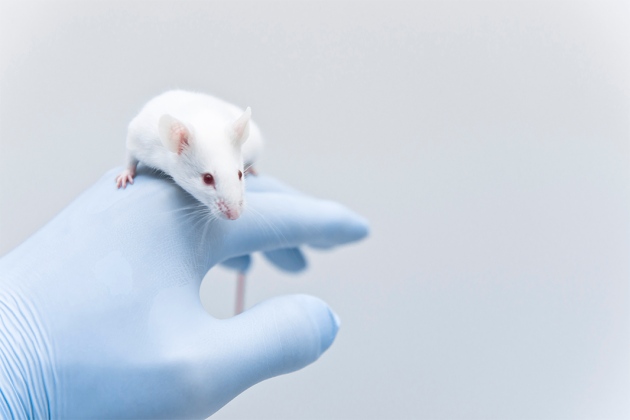 When it comes to lab mice and antidepressants, it's complicated.

Mouse experiments with the popular club drug ketamine may be skewed by the sex of the researcher performing them, a study suggests.

The findings, presented on 14 November at the Society for Neuroscience (SfN) meeting in Washington DC, only deepen the mystery of how ketamine, which has powerful mood-lifting properties, interacts with the brain. They also raise questions about the reproducibility of behavioural experiments in mice.

Ketamine is best known as a psychoactive recreational drug. But it has caught psychiatrists’ interest because of its potential to treat depression within hours. It’s unclear exactly how the drug works, however, and many researchers are using animal models to suss out the mechanism.

Polymnia Georgiou, a neuroscientist at the University of Maryland in Baltimore, is one of them. In 2015, a male colleague asked her to run some experiments for him while he was out of town, including a standard way of testing antidepressants called the forced-swim test. In this assay, researchers inject healthy mice with a drug, place them into a tank of water and measure how long they swim before they give up and wait for someone to rescue them.

Antidepressants can cause healthy mice to swim for longer than their untreated counterparts, which is what Georgiou’s male colleague found during his experiments using ketamine.

Scents and the brain

But although Georgiou followed his protocol exactly, she found that treated mice did not swim for any longer than mice injected with a placebo. When she and three female and four male researchers investigated this disconnect by performing the experiments, they discovered that the ketamine acted as an antidepressant only when it was administered by men.

Suspecting that scent was involved, the researchers put the animals inside a fume hood so that the mice couldn’t smell who was injecting them. This completely eliminated the effect of the ketamine, regardless of the experimenter’s sex. When Georgiou and her colleagues placed a t-shirt worn by a man next to the mice in the fume hood, mice injected with ketamine swam for longer than those injected with a placebo. This suggested that male odour was necessary for the drug to work.

The head of Georgiou’s lab, neuroscientist Todd Gould, learned that antidepressant researcher Ronald Duman at Yale University in New Haven, Connecticut, was seeing similar effects with female researchers in his lab that were working on ketamine experiments. So Gould asked Duman to repeat Georgiou's swim-test experiment in his own lab. When eight male and eight female researchers injected mice with ketamine, they saw the same results: mice injected by women did not respond to the drug.

Georgiou and her colleagues repeated the experiments with other antidepressants, but the researchers’ sex didn’t seem to matter. She and Gould suspect that the antidepressant effect is the result of a specific interaction between ketamine and the male odour in the mouse brain .

But other evidence suggests that the sex of the researcher can affect other types of behavioural experiment, not just those involving ketamine. A 2014 paper1 in Nature Methods found that mice were more stressed and less likely to respond to pain when handled by a male researcher. And behavioural neuroscientist Silvana Chiavegatto of the University of São Paulo in Brazil, who was at Georgiou's SfN presentation, says that she has seen the same phenomenon in her lab, where she studies depression but doesn’t use ketamine.

“I think it’s really fascinating, with wide implications for our field,” says Adrienne Betz, a behavioural neuroscientist at Quinnipiac University in Hamden, Connecticut. But she cautions that the results are preliminary, and it remains to be seen whether the effect is specific to ketamine and to mice.

Others disagree about the potential implications. Hundreds of papers with female experimenters demonstrate the effects of antidepressants — including ketamine — in mice, says Lisa Monteggia, a neuroscientist at the University of Texas Southwestern in Dallas. Other factors, such as whether the researcher is stressed when he or she injects the mice, might affect the animals’ behaviour, she says.

Gould and Georgiou say that their results don’t necessarily invalidate previous studies; they simply show that ketamine experiments in their lab work only when men inject the mice. There is overwhelming evidence that ketamine is a powerful antidepressant in humans. Gould doubts that the sex of the person administering the drug affects how well it works in a depressed patient, but it's never been tested.

He adds that the findings suggest that researchers studying drugs' effects on mouse behaviour should report the sex of the experimenter in their publications to ensure that other labs can replicate the results. “There are a number of factors that influence replicability and are unrecognized — this is one of them,” Gould says. “For us, it is an inconvenient truth.”