Piezonuclear row  More than 1,000 scientists have signed an Internet appeal to Italy’s research ministry requesting that the National Institute for Metrological Research (INRiM) in Turin withdraw its intention to study ‘piezonuclear reactions’, nuclear fission that can supposedly be induced by mechanical stress such as compression of crystals. Alberto Carpinteri, a prominent proponent of the controversial idea, was appointed president of INRiM last August, and introduced the theme into the institute’s 2012–14 research plan, which was published on 29 February. On 6 June, parliamentarians also asked the research minister about INRiM’s use of public funds.

Thawed brains About 150 brains donated for research — including more than 50 from people with autism — may no longer be fit for study after a freezer malfunction at the Harvard Brain Tissue Resource Center at McLean Hospital in Belmont, Massachusetts. After the refrigeration system and two independent alarms all failed, an investigator discovered the calamity on 31 May. On 11 June, staff at Autism Speaks, a non-profit organization based in New York City that leads a programme to distribute brain samples to autism researchers, alerted the families of donors to the situation. An investigation into the freezer breakdown is to be completed by the end of June. See go.nature.com/fu14vi for more. 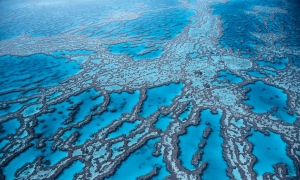 Great Barrier Reef protection row State and federal governments in Australia are clashing over the approval of industrial developments that could damage the Great Barrier Reef. On 5 June, environment minister Tony Burke delayed the approvals process for a multibillion-dollar coalmining project in Queensland, calling the state’s operation “shambolic”. Three days earlier, a report from the United Nations Educational, Scientific and Cultural Organization (UNESCO) had said that the reef was threatened by the rapid increase in coastal development. UNESCO’s Heritage Committee is meeting from 24 June to consider the report’s findings — which stopped short of recommending a potentially embarrassing ‘in danger’ designation.

Nuclear restarts Two of Japan’s shuttered nuclear reactors may soon reopen, having received a safety thumbs-up from a scientific panel appointed by regional government. The reactors, at the Ohi plant in Fukui prefecture, had already passed safety tests in January. But public protests (and some nuclear analysts) opposed their restart. On 8 June, Prime Minister Yoshihiko Noda appeared on public television asking for his nation’s support to reopen the nuclear reactors, and on 10 June, a 12-member scientific panel appointed by the Fukui prefecture’s governor reported that the Ohi plant could be operated safely.

X-ray mission axed NASA has cancelled a small astrophysics mission that would have studied the polarized X-rays streaming from black holes and neutron stars. The Gravity and Extreme Magnetism Small Explorer (GEMS) had been selected for funding in 2009 and was scheduled to launch in 2014, but was estimated to be running 20–30% over its US$119-million budget by the time it was axed on 7 June. See go.nature.com/bit1rn for more.

Altering embryos Reproductive procedures that would spare children from inheriting mitochondrial diseases received approval from an influential UK bioethics body on 12 June. The technique involves transferring genetic material from an egg cell containing faulty mitochondria to an egg from another woman that has been stripped of its nucleus (see Nature 481, 419; 2012). The London-based Nuffield Council on Bioethics found that these procedures are ethically acceptable, if proven safe and effective by additional research currently under way, and if conducted as clinical trials. The UK government begins a public consultation in September, a first step to legalizing the process. See go.nature.com/fpn5bo for more.

Environment gloom Only four of the 90 most important internationally agreed environmental goals have seen “significant progress”, the United Nations Environment Programme warned on 6 June. Its fifth Global Environment Outlook is the UN’s main status report on the health of the world’s ecosystems, and was released two weeks ahead of the Rio+20 summit in Brazil. Only in the areas of stopping ozone-layer depletion, removing lead in fuel, improving access to water and marine pollution research has there been any major advance in line with promised objectives, the report says.

Cancer fund An attempt in California to create a cancer-research fund from the proceeds of tobacco taxes looked to have been narrowly defeated, but was still too close to call, after a state vote on the measure on 5 June. Proposition 29 would add a US$1 tax to every pack of cigarettes and generate around $735 million by 2013–14 for cancer research, smoking prevention and smoking cessation. The ‘yes’ side had garnered 49.2% of the vote, just 63,000 behind those rejecting the idea — but hundreds of thousands of postal votes are yet to be counted. See go.nature.com/yck8eu for more. 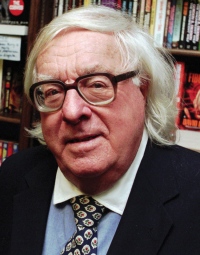 Sci-fi writer dies Ray Bradbury (pictured), the acclaimed author of the science-fiction classics The Martian Chronicles and Fahrenheit 451, among other works, died on 5 June aged 91. Bradbury’s works tapped both scientific wonder and the unease about technological change, exploring how science and technology shape human identity. His stories anticipated flat-screen TVs, personal stereos and the ‘butterfly effect’ of chaos theory — but, in an oft-repeated remark, he said that he tried not to predict the future, but to prevent it.

Stealing secrets A nanotechnology researcher who until recently worked at Sandia National Laboratories in Albuquerque, New Mexico, has pleaded not guilty to embezzling and passing research information to institutions in China. Jianyu Huang was charged on 5 June with five counts of federal-programme fraud from 2009, as well as falsely telling a counterintelligence officer that he would not take a Sandia-owned laptop on a trip to China. Sandia said that Huang had been fired in April for violating procedures, and his facility did not have access to classified national-security information.

Heartland fallout The Pacific Institute in Oakland, California, has reinstated Peter Gleick as its president. Gleick had taken a leave of absence after his embarrassing admission that he had lied to obtain internal budget documents from the Heartland Institute, a libertarian think tank in Chicago, Illinois, that aims to combat climate science. In a 6 June statement, the Pacific Institute accepted Gleick’s apology, and said that an independent investigation had confirmed his account of events. See go.nature.com/cjnqqa for more.

Nobel thrift This year’s Nobel prize recipients will split a pot of money 20% smaller than that shared by last year’s laureates. In response to sluggish financial markets, which have eaten into the capital that supports the prize, the Nobel Committee said on 11 June that it would divide up 8 million Swedish kroner (US$1.1 million) between the winners of each prize to be announced in October; last year’s prizes amounted to 10 million kroner apiece. It is the first time the prize has been cut in nominal value since 1949. See go.nature.com/1sml4p for more.

Telescope funding The European Southern Observatory (ESO) announced on 11 June that its member states have given approval to start building the €1.1-billion (US$1.4-billion) European Extremely Large Telescope, although not everyone has committed their budget contributions. At a council meeting in Garching, Germany, six member states voted for the programme and four backed it pending confirmation of support by national ministries; four others are yet to agree to support the project, which is planned for Cerro Armazones in Chile’s Atacama Desert. However, almost one-third of the telescope’s funding is scheduled to come from Brazil, which has not yet ratified its ESO membership. 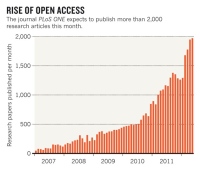 The open-access journal PLoS ONE has swiftly expanded since its launch in late 2006 to become the world’s largest journal; it has already published more than 9,000 articles this year (see chart). Its growth has encouraged the launch of an innovative open-access journal, PeerJ, which announced its business model on 12 June. But instead of charging authors per article, a one-off membership fee will give them the rights to publish peer-reviewed articles in PeerJ for life. See page 166 for more.

21 June
The Royal Society in London launches a report on how best to open up access to modern research’s vast volumes of data.
go.nature.com/1yiefm

The story ‘Piezonuclear row’ originally gave the wrong name for INRiM. This has now been corrected.