Corrupt ivory All legal sales of ivory should be stopped for at least ten years because corruption is ruining attempts to save African elephants, according to a paper published on 7 August by the Wildlife Conservation Society (see E. L. Bennett Conserv. Biol. http://doi.org/t5v; 2014). The society, based in New York, finds that corruption among government officials in charge of legal ivory markets is aggravating conservation problems. It points out that six of the eight countries identified as the worst offenders in ivory trafficking are in the bottom half of a league table of honest governance and public services drawn up by Transparency International in Berlin. See go.nature.com/x8jvew for more. 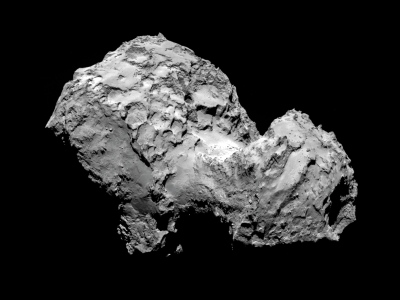 Rosetta’s rendezvous The European Space Agency’s comet-chasing spacecraft Rosetta arrived at its destination on 6 August after a ten-year journey. Performing the last of a set of ten manoeuvres, Rosetta entered the same orbit around the Sun as its target, 67P/Churyumov–Gerasimenko, to become the first spacecraft to rendezvous with a comet. The probe will study the body before attempting to place a lander, Philae, on its surface in November. Rosetta will continue to follow and measure the comet as it swings around the Sun in August 2015. See go.nature.com/oqzeaa for more.

Ebola emergency The World Health Organization (WHO) declared the West African Ebola outbreak a public-health emergency of international concern on 8 August, just before deaths reached more than 1,000. The outbreak is still concentrated in Sierra Leone, Guinea and Liberia, but Nigeria is also reporting cases. On 11 August, the WHO convened a meeting of experts to discuss the ethics of using experimental medicines that have not yet been tested in humans. In a statement, the panel concluded that “it is ethical to offer unproven interventions with as yet unknown efficacy and adverse events, as potential treatment or prevention”. Two Americans have already received an experimental antibody, made by Mapp Biopharmaceutical of San Diego, California, and further doses of the scarce drug are to be shipped to West Africa. See go.nature.com/9u6sic for more.

Ballute flight A balloon–parachute hybrid designed by NASA to slow down spacecraft entering the thin atmosphere of Mars is ready for use, the agency announced on 8 August. The ‘ballute’ was one of two re-entry devices tested on a 28 June flight over the Pacific Ocean near Hawaii. The second, a supersonic parachute, tore on deployment. NASA intends to test a redesigned version on two more test flights next year.

Troublesome book More than 130 leading population geneticists have condemned a book that argues that genetic variation between human populations could underlie global economic, political and social differences. The book, A Troublesome Inheritance (Penguin, 2014), by science journalist Nicholas Wade, uses “incomplete and inaccurate explanations” of research to support arguments about differences among human societies, the geneticists say in a 10 August letter to The New York Times. Wade’s book was published in May. See go.nature.com/ktvblx for more.

US–Africa summit US President Barack Obama backed the idea of a Global Alliance for Climate-Smart Agriculture at the US–Africa Leaders Summit in Washington DC on 4–6 August. The partnership would bring together governments, industry and non-governmental organizations to help boost African agriculture while keeping farming-related greenhouse-gas emissions in check. The alliance is slated for launch on 23 September. The summit also saw Sweden pledge US$1 billion to Obama’s Power Africa initiative to double people’s access to electricity in sub-Saharan Africa.

Emissions lawsuit A coalition of environmental groups is mounting a legal challenge to force the US Environmental Protection Agency (EPA) to regulate greenhouse-gas emissions from aircraft. On 5 August, the groups, led by the Center for Biological Diversity in Tucson, Arizona, filed a formal notice of intent to sue. They argue that the EPA should impose limits on aviation emissions under the Clean Air Act — the law that regulates carbon dioxide produced by power plants and vehicles.

Licence battle A coalition of more than 50 research institutions, funders and open-access publishers signed a letter dated 7 August protesting against a new set of licences governing open-access articles (see go.nature.com/agficr). The licences will limit the legal reuse of research articles and data that are supposed to be freely available to the public, the coalition argues. The Association of Scientific, Technical and Medical Publishers, a trade group headquartered in Oxford, UK, drew up the disputed licences. The letter calls for the Creative Commons licences to be used as the global standard for open research output.

Timber law Illegal wood products are still entering European markets one year after the start of a law to prevent trade in illicit timber. A survey conducted by the WWF, the international environmental group, found that only 11 European Union countries have adopted national legislation and robust penalties. The worst culprits include Hungary and Spain, said the WWF on 6 August. The survey echoes an assessment from the European Commission that found similar failings. Illegal logging is a leading cause of deforestation in tropical forests.

GMO green light The US Department of Agriculture says that new varieties of genetically engineered maize (corn) and soya beans will not become plant ‘pests’ to other crops. The agency’s final environmental assessment, published on 6 August, paves the way for approval of the first plants engineered to be resistant to the herbicide 2,4-D. Cotton and soya-bean plants engineered to resist the herbicide dicamba also passed the assessment. The US Environmental Protection Agency is still reviewing the herbicides to be used on the crops. 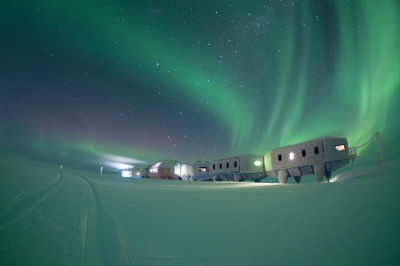 Polar power cut Research has stalled at the British Antarctic Survey’s Halley Research Station (pictured) in Antarctica after a power failure, the organization said in a statement on 6 August. Six days later, the station’s staff reported that a coolant leak from a main pipe had occurred on 30 July, leading to generators overheating and shutting down. Some power and heating has been restored, but “all science, apart from meteorological observations essential for weather forecasting, has been stopped”. Disrupted work includes ozone monitoring, meteorology for climate science, and studies of the upper atmosphere used for forecasting space weather. See go.nature.com/cjtrpt for more.

Suez upgrade Egypt has announced a US$4-billion construction project to add an extra channel to the Suez canal to allow more ships to pass along this vital trade route from the Red Sea to the Mediterranean. The 5-year project involves digging or dredging along 72 kilometres of the canal’s 163-kilometre length, say officials at the Suez Canal Authority. On 5 August, Egypt’s president Abdel Fattah el-Sisi said that he hopes to see the new waterway opened in one year from now.

Biologist dies J. Woodland Hastings, who helped to found the study of circadian rhythms, died on 6 August at his home in Lexington, Massachusetts. He was 87. Hastings studied bacterial bioluminescence, including its day–night rhythms, at Harvard University in Cambridge, Massachusetts. His research also provided early evidence of bacterial communication and quorum sensing — a system that lets species detect and respond to stimuli according to their population density.

Scripps leader The Scripps Research Institute in La Jolla, California, announced on 11 August that it has appointed one of its molecular biologists, James Paulson, as acting president. The institute — which has a US$21-million budget deficit — is still looking for a long-term leader after the resignation of Michael Marletta in July. Marletta had stepped down after his plan for a $600-million merger between Scripps and the University of Southern California in Los Angeles triggered a faculty revolt (see go.nature.com/cvozom). He will remain a staff member at Scripps. 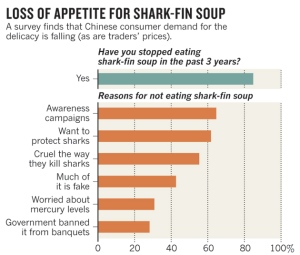 An online survey of 1,568 Chinese consumers suggests that demand for shark-fin soup is falling, according to a 4 August report by WildAid, a non-governmental organization in San Francisco, California. The report also polled shark-fin vendors in Guangzhou, China, who reported declined sales and reduced prices, and fishermen in Indonesia who said that prices had dropped. WildAid says that awareness campaigns and the desire to protect sharks are major factors in changing attitudes.

16–21 August
The World Weather Open Science Conference in Montreal, Canada, discusses how to improve seasonal predictions. Topics also include the dynamics and predictability of weather systems such as clouds and tropical cyclones.
go.nature.com/7uskg7