Sound science wins Shi-min Fang, a freelance science journalist based in Beijing, and Simon Wessely, a psychiatrist at King’s College London, are the joint winners of the inaugural John Maddox Prize, for individuals who have promoted sound science and evidence on a matter of public interest. The £2,000 (US$3,200) prize, announced on 6 November, is awarded by Nature and Sense About Science, a London-based science-advocacy group, and is supported by the Kohn Foundation. See page 160 and go.nature.com/owyfbg for more. 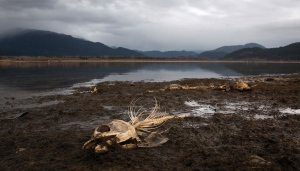 Sockeye salmon threats assessed Canada’s Department of Fisheries and Oceans should focus on protecting wild fish, and a separate department should be charged with promoting the fish-farming industry to avoid confusion over the department’s role, according to a report on sockeye salmon (Oncorhynchus nerka) populations released on 31 October. The Cohen Commission, led by a Supreme Court judge, was asked by the federal government in 2009 to investigate the collapse in the numbers of salmon returning to British Columbia’s Fraser River over past decades. The commission found no single cause for the decline, but blames the government for reducing protection of the salmon’s habitats. See go.nature.com/sles5b for more.

Antarctic reserves Negotiations on creating three huge marine reserves in Antarctic waters have broken down, dealing a major blow to conservation plans. Meeting in Hobart, Australia, the 25 members of the Commission for the Conservation of Antarctic Marine Living Resources failed to agree unanimously on any of the reserves, which would have established fishing bans and set aside regions as reference areas for scientists studying the impact of climate change on fragile polar ecosystems (see Nature 490, 324; 2012). The reserves will be discussed again in July. See go.nature.com/xxzjbd for more.

Mekong megadam Work to build a massive dam on the lower Mekong river in Laos is to formally begin on 7 November, deputy minister of energy and mines Viraphonh Viravong said on 5 November. Environmentalists fear that the US$3.5-billion Xayaburi dam will reduce fish stocks and biodiversity.

China genetic rules China’s government has published a draft regulation to improve the protection of donors in human genetic research. It proposes to license organizations that store and collect “human genetic resources” (materials such as organs, cells and DNA), update requirements on informed consent and prohibit the sale or export of genetic materials. The draft, published on 31 October, is open to feedback for a month.

UK merger dropped  A contentious plan to merge two major British research centres has been shelved following criticism from politicians and scientists. The Natural Environment Research Council had suggested merging two centres that it runs — the British Antarctic Survey in Cambridge and the National Oceanography Centre in Southampton — to save money, but announced on 2 November that it would scrap the idea. Job cuts are still in the offing, however. See go.nature.com/prcepr for more.

Climate services The World Meteorological Organization in Geneva, Switzerland, has agreed to implement a ‘Global Framework for Climate Services’, which will provide and manage information about how Earth’s changing climate affects everything from crop production to disaster planning. The international framework, agreed at a meeting in Geneva on 31 October, will initially focus on water, health, food security and disaster risk reduction. Some scientists have been concerned by the proliferation of climate-service providers who may be overselling the abilities of climate models to guide policy-makers and local people. See go.nature.com/rbxnxq for more. 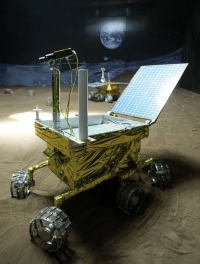 Food emissions The global food system, from fertilizer manufacture to food storage and packaging, is responsible for up to one-third of all anthropogenic greenhouse-gas emissions, according to analyses published on 31 October. The work was done by the Consultative Group on International Agricultural Research (CGIAR), a partnership of 15 research centres around the world. Reducing agriculture’s carbon footprint is central to limiting climate change, the CGIAR said. See go.nature.com/wxgng5 for more.

No Mars methane Scientists controlling NASA’s Curiosity rover on Mars said on 2 November that they had not detected methane on the red planet. Methane could be a sign of bacterial life, although trace amounts might also be produced by cometary impacts or geological reaction. The gas has been detected by various Mars observers in the past decade, but the Curiosity finding does not support those claims. See page 174 for more.

Retractions stigma A retraction results in fewer citations and less funding for other studies in the same field, according to an analysis of the PubMed biomedical citation database by the US National Bureau of Economic Research in Cambridge, Massachusetts (see go.nature.com/nf88fw). On average, retractions resulted in a 5.7% decrease in the citation rate of related papers compared with control papers, and caused a drop of 50–73% in research funding from the US National Institutes of Health for related studies. See go.nature.com/vxlk3p for more.

Storm aftermath Universities and research institutes along the US east coast were battered by Hurricane Sandy last week, with New York University one of the worst hit (see page 169). The storm has added urgency to long-term calls by engineers and scientists for measures to help adapt to climate change (see page 167).

Data demand The British Medical Journal will not publish clinical trials of drugs or devices from January 2013 unless they are accompanied by a commitment to make anonymized patient data available on request. Fiona Godlee, the journal’s editor-in-chief, announced the move in an editorial on 29 October (F. Godlee Br. Med. J. 345, e7304; 2012).

Anthrax fight Advisers to the US Food and Drug Administration (FDA) have recommended approving a monoclonal antibody developed to treat anthrax. On 2 November, an FDA committee voted in favour of raxibacumab, which would be the first large biological drug against the anthrax bacterium (it is currently treated with small-molecule antibiotics). The FDA is expected to decide by 15 December. The drug was developed by biotechnology company Human Genome Sciences, which was bought by London-based pharmaceutical firm GlaxoSmithKline earlier this year. The US government helped to fund raxibacumab’s development and has already begun to stockpile it.

Sclerosis success A drug designed to reverse the nerve damage caused by multiple sclerosis has shown success in two late-stage clinical trials. Disability levels improved in patients taking the monoclonal antibody alemtuzumab (which is made by Genzyme in Cambridge, Massachusetts), but not in those on standard interferon beta-1a therapy. The trial results were published on 1 November in The Lancet. See go.nature.com/phawy5 for more.

Gene therapy boost Glybera, a treatment for a rare genetic disease that leaves patients unable to break down fats, has become the first gene therapy to be approved by the European Commission. The European Medicines Agency backed Glybera in July (see Nature http://doi.org/jph; 2012) but the treatment required the commission’s approval before it could be sold in the European Union. News of the 25 October approval emerged last week. See go.nature.com/seu9y7 for more. 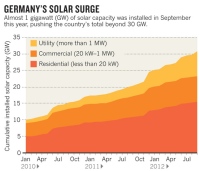 German enthusiasm for solar power is undimmed despite subsidies being cut by more than one-third since last December. The country has installed more than 30 gigawatts (GW) of capacity, almost twice that of the world’s second-largest solar installer, Italy. That is a sizeable share of Germany’s average electricity use of 80 GW. But residential power bills are an estimated 20% higher than they would be without renewables, says Jenny Chase of analysts Bloomberg New Energy Finance.

12 November
The Paris-based International Energy Agency launches its 2012 World Energy Outlook report in London, with special analyses on the economic potential for energy efficiency, and the water–energy nexus.
www.worldenergyoutlook.org

15–18 November
Discussions of Thomas Kuhn’s 50-year-old classic publication, The Structure of Scientific Revolutions, feature at a combined meeting of the US History of Science Society and the Philosophy of Science Association in San Diego, California.
www.hssonline.org/Meeting