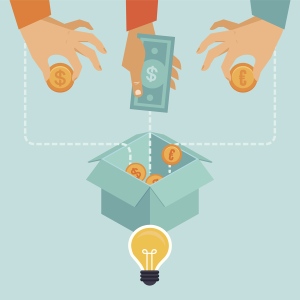 With grants becoming increasingly hard to secure, researchers are turning to other sources of finance for their work, including friends, family and strangers on the Internet. A PLoS ONE paper1 that lays out a blueprint for successful crowdfunding has attracted online attention from supporters and sceptics alike. Karen James, a conservationist at Mount Desert Island Biological Laboratory in Salisbury Cove, Maine, who says that she’s planning to start her own crowdfunding campaign soon, tweeted: 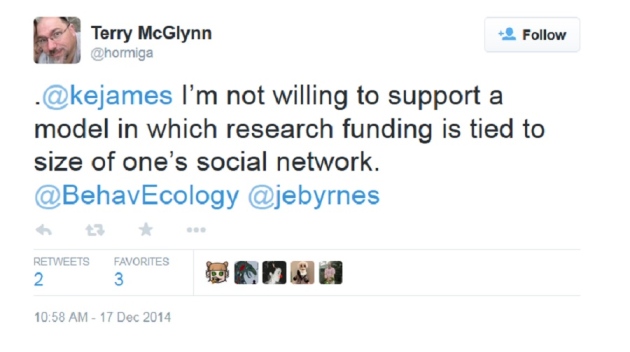 The PLoS ONE paper followed 159 scientists —mostly conservation biologists and ecologists — who raised funds as part of an initiative by the non-profit organization SciFund Challenge. Their projects, ranging from studying freshwater turtle ecology to finding drug candidates for Alzheimer’s disease, each brought in an average of US$1,500–2,200 over the course of 4–6 weeks. The campaigns used the online platform RocketHub in 2011 and 2012 — the relatively early days of scientific crowdfunding. The amounts might seem modest compared to a typical grant, but the paper’s authors (two of whom are SciFund Challenge co-founders) note that crowdfunding for other endeavours, such as the arts and technology, started out small before taking off.

The money didn’t flow evenly. Scientists who had the biggest online impact — measured by the number of ‘likes’ on Facebook and page views of their project websites — attracted an outsized share of the funding. Tweeting about their projects, sending personal e-mails and speaking to the media helped, too. But simply having a large number of Twitter followers didn’t translate directly into success — a sign that scientists need to actively reach out to potential donors. The authors concluded that fruitful crowdfunding requires “building an audience or a ‘fanbase’ and actively engaging with that audience”. James felt encouraged by this finding. 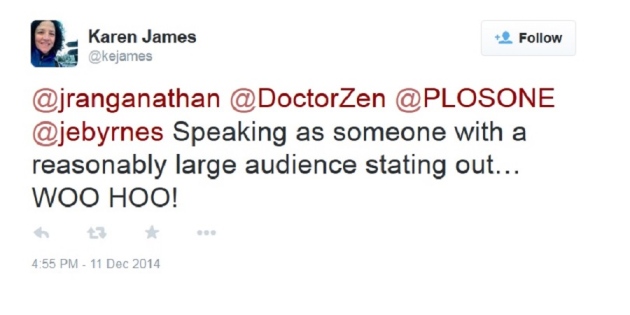 A video panel discussion on Google+ with the paper’s authors and crowdfunders on 17 December generated further comments online, including from McGlynn. Speaking to Nature, McGlynn said that crowdfunding favours those who have the time, resources and inclination to build a large network. The peer-review grant system isn’t perfect either, he says, but at least it’s set up to be largely impartial. “The model of crowdfunding isn’t based on the same principle of fairness,” he says.

James says that even though she plans to use crowdfunding to complete a DNA database of plants and animals in Acadia National Park in Maine, she worries that the system might give some researchers an advantage that is not based on scientific merit. “Are people who have wealthy parents and friends more likely to get their projects funded? That’s an important question,”she notes.

Some online commenters suggested that scientists might be tempted to sensationalize their work to attract donors. Zen Faulkes, an invertebrate neuroethologist at the University of Texas Pan-American in Edinburg and a co-author of the PLoS ONE paper, responded to such criticisms on Twitter: 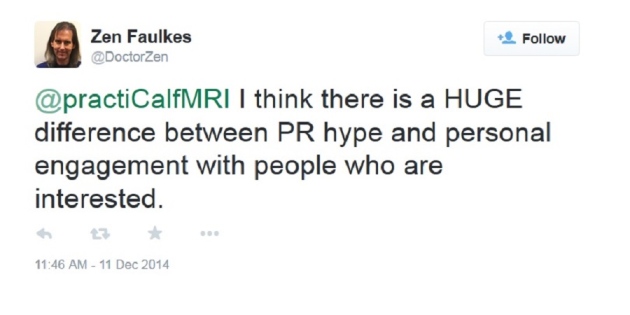 In an interview, Faulkes said that hype is a part of the traditional grant application process, too, although it often goes by the term ‘grantsmanship’ — a way of describing research in the best possible light.

Mary Canady, a life-sciences media consultant in San Diego, California, tweeted that “scientists need to get over the marketing ‘ick’ factor.” Reached for comment, Canady says that there’s a widespread reluctance among scientists to talk about their work. “The idea is that if you need to communicate your science, you must not be doing good science,”she says. “But scientists are starting to wake up. You’ve got to go out and make your own destiny.”