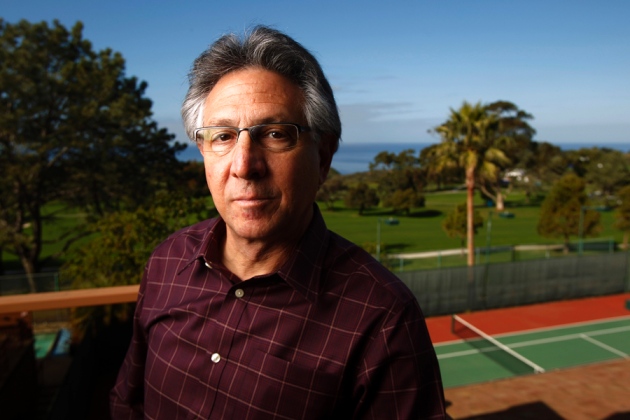 Michael Marletta’s plans for the Scripps Research Institute have prompted a declaration of no confidence in their president from faculty members.

Faced with vehement opposition from faculty members, a prestigious independent research institute in California has abandoned a planned merger with a nearby university just weeks after the proposed deal became public. The brief affair between the La Jolla-based Scripps Research Institute and the University of Southern California (USC) in Los Angeles exposes a growing and perhaps insurmountable rift between Scripps faculty members and the institute’s president, Michael Marletta, who forged the deal to help close a projected US$21-million operating deficit. “I think there is a misunderstanding of what this institute is about,” says Scripps ophthalmologist and molecular biologist Martin Friedlander, echoing the sentiments of many.

The crisis also dramatically illustrates problems faced by many independent US research institutes, which tend to be more vulnerable than universities to the vicissitudes of relying on funding from the National Institutes of Health (NIH). Other independent institutes in La Jolla have partially compensated for the decline by intensifying their private fund-raising efforts. Scripps, which conducts basic biomedical research, draws 86% of its operating budget from the NIH, according to a 2013 report by the ratings agency Fitch, at a time when the agency’s overall funding is declining when adjusted for inflation. At the same time, financial support from pharmaceutical companies, a second major source of funding for Scripps, has all but dried up.

“They have become dependent on two things that disappeared at the same time,” says Kristiina Vuori, president of the nearby Sanford-Burnham Medical Research Institute.

Scripps has also expanded greatly in the past few decades. Richard Lerner, who led the lab from 1987 to 2012, more than quadrupled the institute’s staff during his tenure, and in 2003 opened a second campus in Jupiter, Florida.

The evaporation of pharmaceutical support has been especially painful. Scripps had long benefited from deals in which drug companies provided financial support for basic research in exchange for first rights to intellectual property arising from any discoveries. But those arrangements have fallen out of favour in recent years. Scripps’ last big deal, with New York city-based Pfizer, brought the lab $100 million over five years. It ended in December 2011, a month before Marletta became president.

Marletta’s ill-fated attempt to reduce Scripps’ deficit put a price of $600 million on the institute, to be paid by USC over 40 years. But in what seems to have been a tactical error, he told faculty members about his negotiations with USC only in June, when the deal was all but signed. They immediately objected, asking the Scripps board to keep the lab independent. In early July, most of the faculty members, including all of the institute’s department chairs and its dean, signed a letter to the board declaring that they had no confidence in Marletta’s leadership.

“You can’t ignore a $20-million deficit, but there are many other creative ways of addressing the financial shortfall.”

“In a way, it was like going out of the family,” says Evan Snyder, a stem-cell researcher at Sanford-Burnham who has close collaborations with Scripps researchers, explaining the faculty members’ vehement opposition to the deal. They distrusted USC, an academic monolith seen as less prestigious and more bureaucratic than Scripps. “The personalities are different between Scripps and USC,” says Snyder, adding that a merger offer might have been better received had it come from one of the other independent institutes clustered on the cliffs of La Jolla.

Scripps faculty members also felt that the deal sold them short. In interviews, they noted Scripps’ coveted ocean-front location: La Jolla is one of the priciest zip codes in the United States. The $15-million annual payments over 40 years offered by USC would be the equivalent of a $250-million mortgage, they say. That would not even cover one year of the institute’s operating expenses, which were $400 million in 2013.

“It didn’t make a lot of sense financially,” Friedlander says. “You can’t ignore a $20-million deficit, but there are many other creative ways of addressing the financial shortfall. We certainly do not have our backs against the wall.”

Although Scripps researchers did not necessarily object to the idea of some relationship with USC, they worried about how much independence the institute would retain in the deal — for instance, whether it would still run its own graduate training programme. “If Scripps was fairly valuated and the financial terms gave Scripps financial security, the deal would have been viewed differently, and people would be prepared to step up and talk about all the other issues,” one faculty member says.

USC officials responded to the merger’s demise with a brief statement from provost Elizabeth Garrett emphasizing the university’s willingness to collaborate with Scripps researchers and its commitment to “exceptional biomedical research programs that produce meaningful scientific discoveries and benefit patients throughout the world”.

What will happen next is not clear. Marletta and Richard Gephardt, chair of the Scripps board of trustees, announced on 9 July that the deal was dead and that a committee of administrators, faculty and board members is “reviewing a broad range of thoughtful alternatives to choose the best path forward for the institution”.

Faced with similar problems, Scripps’ neighbouring institutes have greatly ramped up their efforts to raise money through philanthropy. Sanford-Burnham, which has long benefited from the support of two businessmen, received an anonymous $275-million donation in January. The Salk Institute for Biological Studies, also in La Jolla, has raised $275 million in a campaign that it hopes will reach $300 million by next year.

Marletta has said that he is seeking more donations for Scripps, but is disadvantaged by being a relatively recent arrival; he was chair of the chemistry department at the University of California, Berkeley, until 2010.

“Philanthropy is about long-term relationships with your donors; it’s not something where you just turn the spigot and say, ‘OK, we’ll go out and raise a billion dollars’,” says Salk president William Brody, who initiated his institute’s fund-raising campaign soon after arriving in 2009.

Still, Brody and other observers say that Scripps should be able to find a way out of its current dilemma that does not involve dissolution or losing its independence.

“If they can stick to their knitting and stay the course, they will be successful,” Brody predicts.