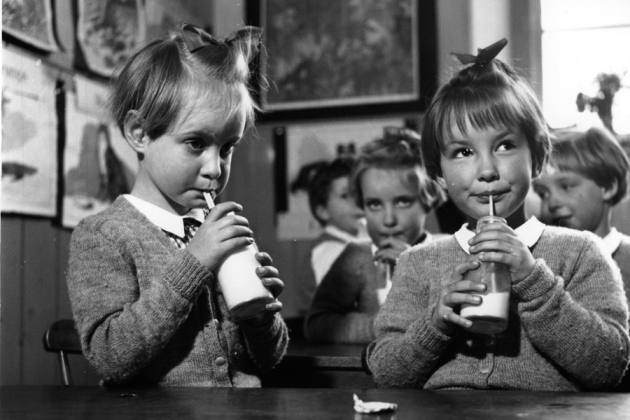 People of British origin are better able to digest milk than their ancestors were just two millennia ago.

Humans may be members of an advanced species, but we haven't stopped evolving. Over the past 2,000 years, British people have adapted to become taller and blonder, more likely to have blue eyes and better able to digest milk, according to researchers who have developed a technique to track very recent changes in the human genome.

Some previous methods to suss out such adaptation could only do so over the past 25,000 years. Others have been able to track selection pressures that work to shape the modern human genome over shorter time periods, but they rely upon ancient human DNA or the comparison of closely related populations, which are often unavailable.

The new technique, which is based on a statistical analysis of whole-genome sequences, narrows this window to just two millennia. It is also able to pinpoint the adaptation of complex traits — such as height — which are influenced by many different genes, the researchers report in a paper posted to the preprint server bioRxiv1.

Jonathan Pritchard, a geneticist at Stanford University in California, and his colleagues developed the technique and tested it on the whole-genome sequences of 3,195 people collected as part of a project to study the genomes of 10,000 Britons.

Their method takes advantage of the fact that genetic variants, or alleles, favoured under natural selection are, by definition, increasing in frequency. This means that the population that they came from is smaller than the population they are currently in. Alleles from smaller populations have less variability, and so favoured alleles should have fewer single mutations near them.

In the British population, the researchers found that natural selection over the past 2,000 years has favoured genes for lactase (an enzyme that allows people to digest milk), blond hair and blue eyes. It has also favoured a more complex trait: increased height. Height is complicated to study over time because it is a polygenic trait, which means that many genes are involved in determining it.

In fact, the researchers estimate that tens of thousands, or even hundreds of thousands, of genes affect height. “Most of the genome is close to a variant that affects height,” says Pritchard.

The method identified other favoured polygenic traits, including larger head sizes in infants and larger hip size and later first menstruation in women. Taken together, the findings hint at a larger story about how a demand for bigger brains in humans has physically shaped the species, even in modern times. But Pritchard urges caution, noting that the evidence for the other polygenic traits is a little weaker than for height, and that the results need to be replicated.

Although his study examined British people only, the method could be used to look at other groups, especially as more and more whole-genome data become available. The technique could shed light on whether different populations around the world are currently experiencing selection for the same traits or different ones.

It could also illuminate for the first time the twisting and turning trajectories of how exactly an adaptation has changed in recent times. For example, scientists knew that the gene variant for lactase was first selected for about 7,500 years ago2, but this study provides evidence that it has been actively selected for in the past 2,000 years.

These other traits make for many tantalizing applications of the technique. “I think, for human data, it could be used to be look at any recent adaptation in any global population,” says Scheinfeldt. “I’m just speculating, but I would think that there are many other as-of-yet unknown genetic variants that contribute to immune response or autoimmune disease.”