At a time when online conversations about science can become mired in negativity — job shortages, dwindling grant support and breakdowns in peer review — the Twitter streams of many researchers recently turned positive. Researchers of all types rallied around the hashtag #IAmAScientistBecause to share their scientific inspirations. Chelsea Polis, an epidemiologist at the Guttmacher Institute in New York City, tweeted: 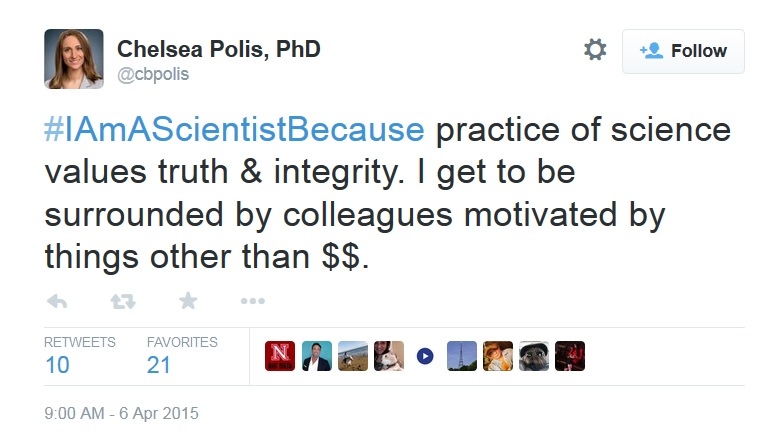 A separate Twitter storm erupted thanks to Melissa Vaught, a science editor in Bethesda, Maryland, who tweeted: 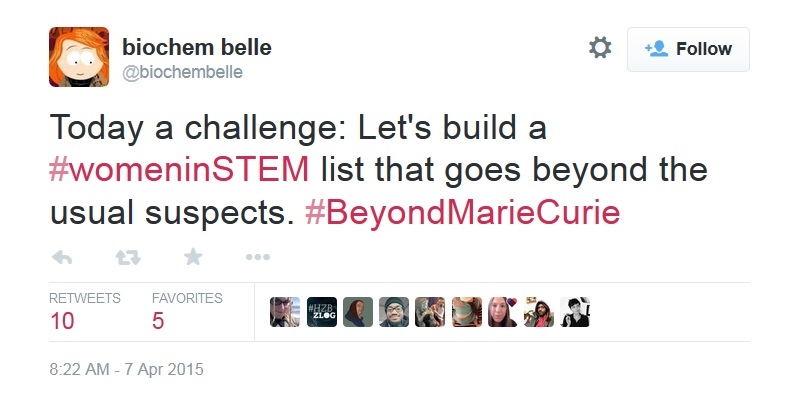 The challenge prompted a flood of tweets about prominent female scientists, past and present.

The hashtag ‘IAmAScientistBecause’ was created last summer by the Nature Careers team and took off suddenly last weekend. Some of the credit for that goes to Jon Tennant, a palaeontology PhD student at Imperial College London, who shared it with his more than 6,000 followers on 5 April.

Simon Pierce, a marine biologist at the Mozambique-based Marine Megafauna Foundation, joined in with a striking photograph that he took of a whale shark (Rhincodon typus) near the Galapagos Islands. He tweeted: 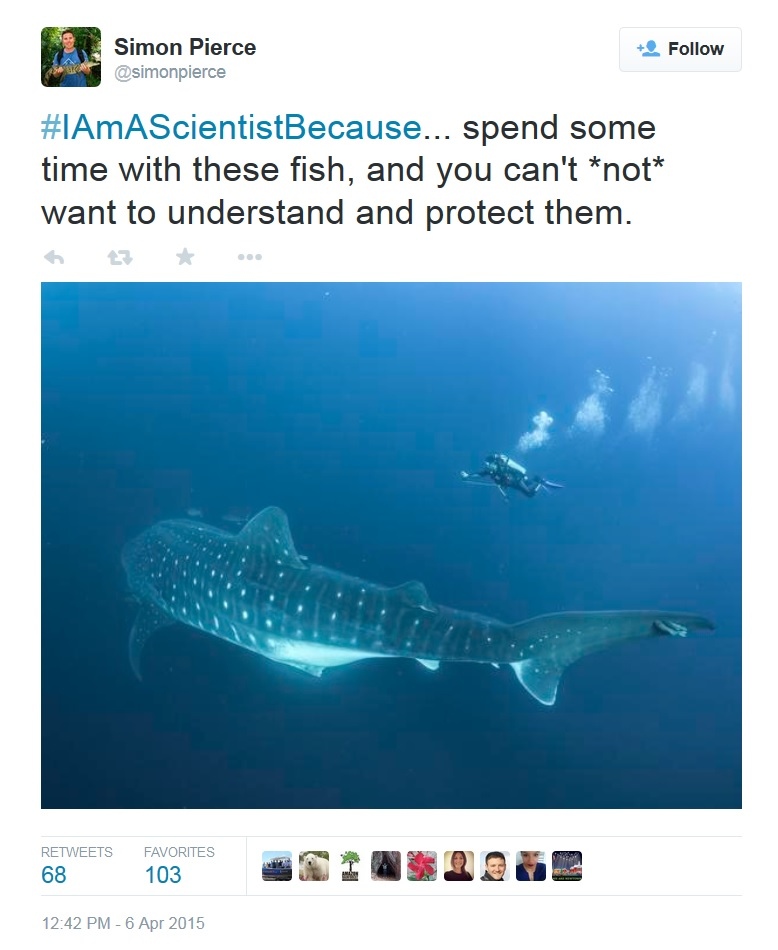 Brian Ackley, a neuroscientist at the University of Kansas in Lawrence, wrote: 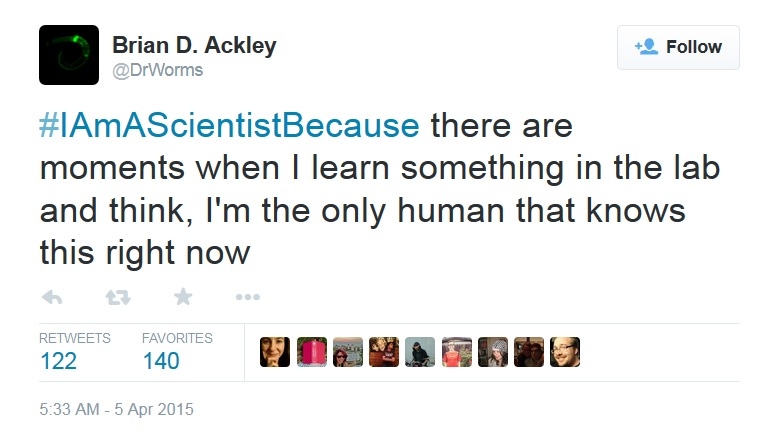 Polis says that she spent a good part of her day off following the #IAmAScientistBecause stream on Twitter. “Despite all of the negatives, there’s so much that’s beautiful about science,” she said in an interview. Polis adds that she was especially pleased to see a wide range of scientists responding, including some who have yet to start their careers. As she wrote in another tweet: 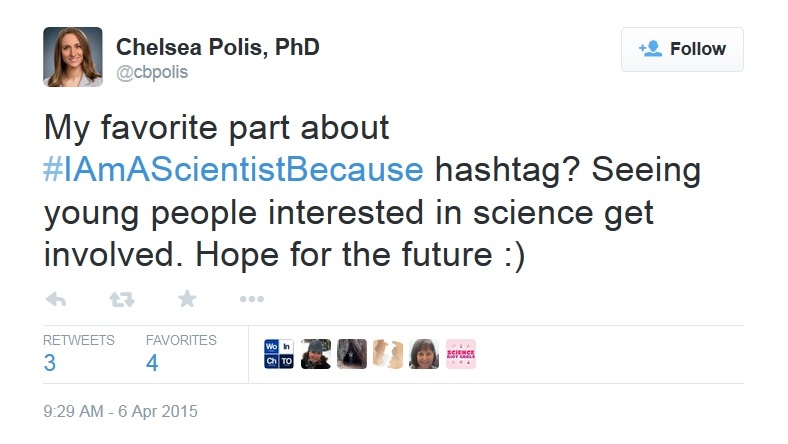 Vaught created the BeyondMarieCurie hashtag on Twitter after sharing a 1 April article from Wired that argued that Marie Curie in particular tends to dominate discussions of accomplished female scientists. She says that Curie certainly deserves her accolades, but she is concerned that many women and girls have trouble relating to the renowned chemist. “We need diverse stories of women in science,” she says. “It’s not just one monolithic character.”

Vaught offered several suggestions of her own, including a key figure from the early days of NASA exploration: 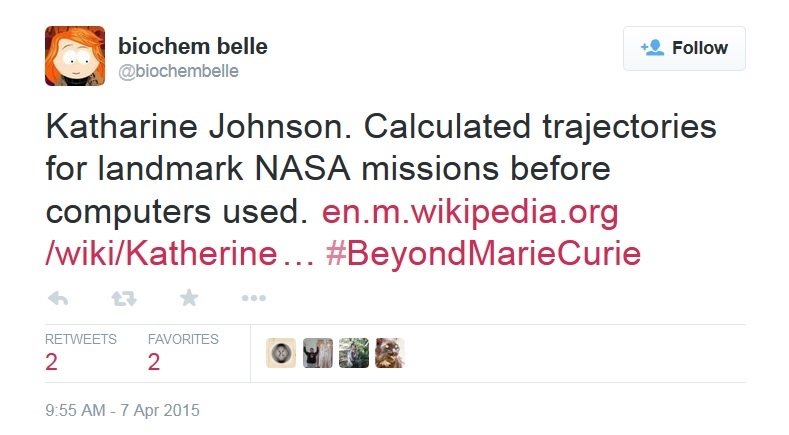 The scientific Twittersphere offered a variety of other luminaries, including eighteenth-century entomologist Maria Sibylla Merian, nineteenth-century astronomer Maria Mitchell and twentieth-century geneticist Barbara McClintock, who won the 1983 Nobel prize in medicine for her discovery of transposable elements, or ‘jumping genes’. 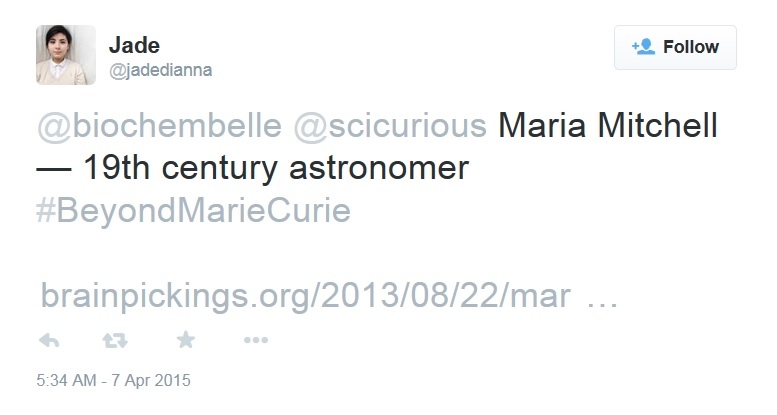 Current researchers earned mentions too, including Carolyn Bertozzi, a chemist at Stanford University in California, and Elizabeth Blackburn, a molecular biologist at the University of California at San Francisco who won a share of the 2009 Nobel prize in medicine for her work on how telomeres protect chromosomes. 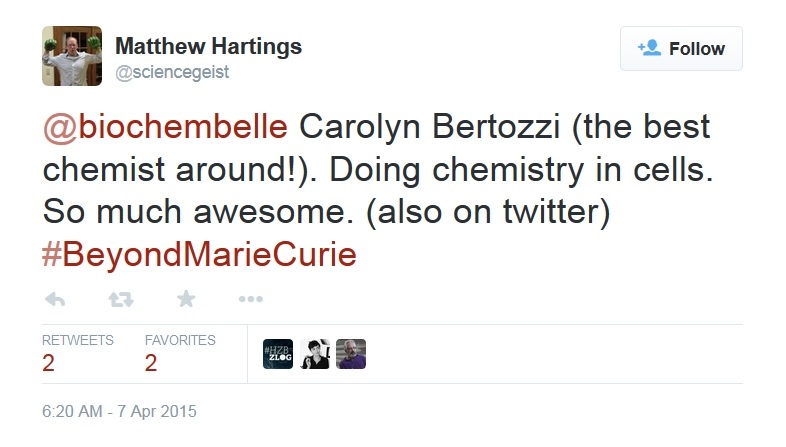