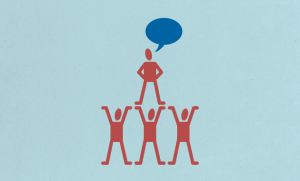 Comments from referees reviewing a paper can sometimes be less than polite, making it tempting for authors to send equally rude replies. But a trio of recent blog posts emphasizes the importance of professional, constructive responses from authors. The posts, by three ecologists, aim to help researchers to avoid common pitfalls that can sink their manuscript’s prospects. Commenters on Twitter appreciated the guidance. Responding to one of the blogs, Auriel Fournier, a PhD student at the University of Arkansas in Fayetteville, tweeted:

In his post on the Eco-Evo Evo-Eco blog, Andrew Hendry, an evolutionary ecologist at McGill University in Montreal, Canada, included some real comments received by his colleagues: “This manuscript achieves the dubious distinction of being conceptually stillborn.” Another reviewer suggested that the authors should find “someone who speaks English as a first language to proof read the paper”, even though all four authors — including two tenured professors — were native English speakers.

Hendry writes that authors should be respectful in their replies to reviewers and accommodate their concerns. If a reviewer asks for a new statistical analysis, authors should “stop whining” and just do it, he writes, even if it doesn’t change the conclusions. This will take less time than a second round of revisions if the reviewers keep insisting on the extra work. And it could prove useful even if the authors eventually submit to a different journal, he says. In the small world of science, there’s a chance that they’ll get the same reviewer again.

In an interview, Hendry said that authors too often slow down the process with rude or overly voluminous responses that don’t really address the reviewer’s concerns. “The entire publishing enterprise would go a lot smoother if everyone simply did a good job on the responses.”

Authors, however, are not the only ones who can drag out the review process. Marcel Holyoak, editor-in-chief of Ecology Letters, says that in some cases, reviewers make unreasonable requests that reflect a misunderstanding of the science. Authors tend to point those mistakes out, usually allowing such requests to be disregarded. But sometimes, the disagreement between authors and reviewers gets so technical that the editor cannot judge who is right. “Those cases can take a lot of digging, and that slows things down,” he says. In one recent case, he had to bring in new reviewers to assess a revision.

Writing on the Dynamic Ecology blog, Meghan Duffy, an evolutionary ecologist at the University of Michigan in Ann Arbor, says that authors should make it clear in their responses that they take the reviewers’ feedback seriously and have thought carefully about every suggestion. “Reviewers are volunteering their time, and are trying to help strengthen the paper before it is published,” she writes. “Work with them.”

Still, Duffy writes that it is fine to politely disagree with a reviewer occasionally, but fighting back on every suggestion might be a sign that the author isn’t being open enough to criticism. 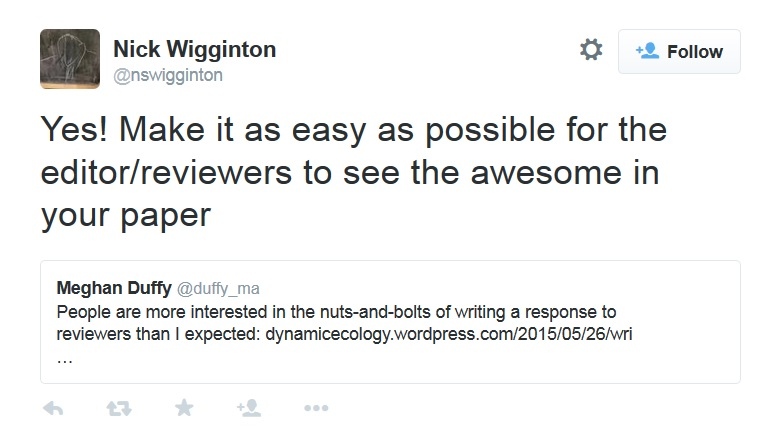 Reached for comment, Wigginton says: “There is unfortunately very little formalized training for things like publishing or ethics during graduate school, so sometimes junior researchers pick up the bad habits of their supervisors.” Duffy’s post, he says, should “help demystify something that should be a straightforward process”.

Stephen Heard, an ecologist at the University of New Brunswick in Fredericton, Canada, shared a personal story of “the dumbest thing I ever said to a reviewer” on his blog. A reviewer had commented that the discussion section of his manuscript was “sloppily written”. But Heard, a PhD student at the time, noticed a minor mistake by the reviewer and seized on the opportunity to hit back: “The reviewer thinks the Discussion is sloppily written. I might say the same of the review.”

In an interview, Heard says he thought at the time that he was reporting back only to the editor, not the reviewers. His paper was eventually accepted and published, but he advises authors not to repeat his mistake, and to compose their responses with the reviewers in mind. “You’re trying to recruit them as advocates,” he says.