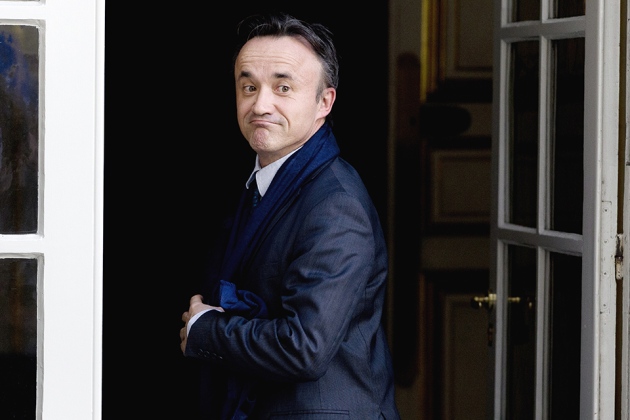 Philippe Mauguin, an agronomic engineer and chief of staff to France’s agriculture minister, is poised to become president and chief executive of the French National Institute for Agricultural Research (INRA). Two committees in France’s parliament approved Mauguin's nomination on 13 July, enraging scientists who say that he lacks research experience.

French President François Hollande said on 4 July that he intended to nominate Mauguin, prompting an online petition and a flurry of protests by INRA staff and associated researchers. But their efforts to thwart the appointment failed. The cabinet is expected to rubber-stamp the decision on 20 July.

Mauguin will replace current INRA president and chief executive François Houllier, who had applied to stay on for a second 4-year term. The new agency head should take up his post on 26 July.

Major French research agencies have always been headed by leading scientists, says Bernard Meunier, president of the French Academy of Sciences, speaking in a personal capacity. Mauguin is a civil servant, and “does not have researchers’ confidence”, he adds.

In Mauguin’s first public comments since the row began, he denounced the “smear campaign” but said that there would be no witch-hunt of his opponents at INRA. Mauguin denied claims that his nomination was politically motivated or that he had had access to his rival’s application. His first priority would be to quell the anger sparked by his nomination, he added.

But INRA researchers worry that the controversy has tarnished the agency’s image internationally. In his presentation to the parliamentary committees before their vote on his nomination, Mauguin echoed the agency’s current strategy, says one INRA researcher, who declined to be identified for fear of retaliation. “We learned nothing new, and are more convinced than ever that M. Mauguin does not have a programme of his own,” the researcher adds.

The controversy has already taken a toll. After six years as president of INRA’s Scientific Advisory Board and a member of the board of directors, Frédéric Dardel quit on 6 July in protest over Mauguin's nomination. He said in his letter of resignation that the decision “was heart-breaking”, and that the agency should be run “by a recognized scientific personality” with a PhD.

Opposition parliamentary members from both houses, as well as the researcher-led campaign group Sciences en Marche (Science in Motion) called for a suspension of Mauguin’s nomination. In a letter to the Senate, Sciences en Marche mentioned concerns that the agriculture ministry has little interest in basic research, and would have undue influence at INRA, even though the higher education and research ministry provides most of the institute’s funding.

The letter also expressed worries that Mauguin would focus on research themes popular with the electorate in the run-up to next year’s presidential election, and that he could be dismissed from his post if the ruling socialist party loses.

An online petition against the nomination, started on 4 July by several INRA scientists, has nearly 3,000 signatures, including most of the institute’s researchers. It was accompanied by a letter to Hollande, the government and parliament on Sunday, alleging that the nomination procedure showed “open contempt” for the agency’s staff.

Mauguin would not be the first non-scientist to head a publish research agency in France. In 2005, Jean-Yves Perrot, political adviser to former finance minister Hervé Gaymard, took over as chief executive of the national marine research agency IFREMER.

But that was before a 2013 law that requires the government to publicly advertise top science-agency jobs, and calls for ad hoc juries to interview candidates. Those juries then give the French president a non-binding opinion on the best choice. Although those opinions would normally be for the president’s eyes only, the two parliamentary economic-affairs committees got a look at the jury’s recommendation for the head of INRA on 12 July.

The 2013 law aimed to stop the traditional practice of making political appointments, but “we can see this is not the case”, says Muriel Vayssier-Taussat, an INRA research director.

“The fight continues,” says Patrick Hetzel, an opposition member of the National Assembly and one of Mauguin’s most vociferous opponents. “We are going to see what legal action we will take.”

This article originally stated that INRAlerte started the online petition when in fact it was several INRA researchers. The information has been updated.