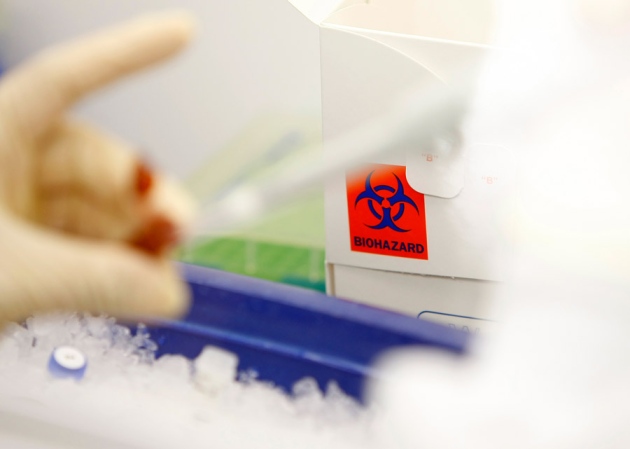 Some scientists are concerned that 'gain of function' research could result in the accidental release of a mutant pathogen.

A group of over 50 researchers has called on the European Commission to hold a scientific briefing on research that involves engineering microbes to make them more deadly.

In an 18 December letter to European Commission president José Manuel Barroso, the scientists — including representatives from the non-profit Foundation for Vaccine Research in Washington DC — urged the commission to organize the briefing, and to formally evaluate the risks and benefits of such 'gain-of-function' research.

“Gain-of-function research into highly pathogenic microbes with pandemic potential has global implications for public health,” says Ian Lipkin, an infectious disease researcher at Columbia University in New York, who is one of the signatories of the letter. “We are not seeking to shut down all gain-of-function research, but asking that stakeholders meet to establish guidelines for doing it.”

The recent controversy over gain-of-function studies began in 2011 when Ron Fouchier, a virologist at the Erasmus Medical Center in Rotterdam, the Netherlands, sought to publish a study detailing how his team had engineered H5N1 avian influenza strains that could infect ferrets in seperate cages through the air. Avian flu infections can be deadly for humans, but presently circulating strains of the virus are specific to birds and rarely infect mammals.

Proponents of the work say that it provides insight into how avian flu strains could naturally evolve to become more dangerous — results that could inform flu surveillance as well as vaccine and drug development. Opponents say that the work is too risky, because it involves engineering a deadly form of flu that could escape from research facilities or, in the wrong hands, could be intentionally released to cause a pandemic.

In October, the European Society for Virology (ESV) wrote its own letter to the European Commission, voicing concern that the Dutch government had used European export regulations to regulate the dissemination of Fouchier’s research results, pushing him to apply for an export licence to publish his study in the journal Science. This approach to regulating sensitive research is inappropriate, argued ESV president Giorgio Palù, a virologist at the University of Padua in Italy, on behalf of the society. The letter urged the commission to evaluate alternative means of overseeing such work.

Although the 18 December statement from scientists and the Foundation for Vaccine Research is framed as a response to the ESV’s October letter, it explicitly does not tackle the issue of export controls; instead, it argues against some of the purported benefits of Fouchier’s research. The work does not aid vaccine or drug development, says virologist Simon Wain-Hobson of the Pasteur Institute in Paris, who is chair of the foundation and a co-author of the letter, in part because flu outbreaks are impossible to predict. He also disputes claims that viruses similar to those engineered by Fouchier’s laboratory are already appearing in the field.

Palù says that the letter from Wain-Hobson and signatories misses the crux of the ESV’s concerns. “We don’t want to enter into the scientific quarrel,” says Palù. “Our intent was just to say that the export legislation is not the proper way to deal with this research.”

But Wain-Hobson says that it is important for regulators to be informed about the scientific debate. “We’re not against the science, and we’re not against working on deadly pathogens,” he explains. “But this is different — this research is making something new.”

And although most of the discussion so far has centred on flu, Wain-Hobson argues that it is time for regulators to think ahead to similar studies of other pathogens. “Flu was just the match that set off the barrel of gunpowder,” he says. “This research has been going on for more than ten years — the technology is powerful now.”