Scientists think that they should actively participate in public debates about science and technology — but many have misgivings about doing so, according to a survey of nearly 4,000 US researchers. The results of the poll, by the Pew Research Center, inspired a fresh online conversation about the use of social media in public engagement. Caleph Wilson, a cancer researcher at the University of Pennsylvania in Philadelphia tweeted:

Ajinkya Kamat, a physics PhD student at the University of Virginia in Charlottesville, tweeted: 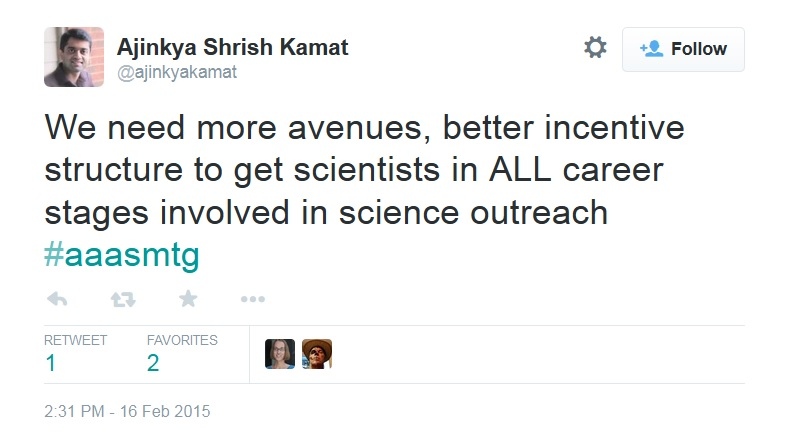 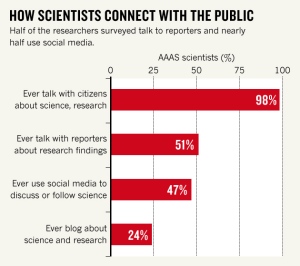 The survey was released this week at the annual meeting of the American Association for the Advancement of Science (AAAS) in San Jose, California. Of the respondents, 87% said that scientists should “take an active role in public policy debates about science and technology”, and just over half said that they had talked about their research with reporters (see ‘How scientists connect with the public’). However, 52% said that oversimplification of science in news reports was a major problem, and 79% had serious doubts about the media’s ability to make the distinction between good and shaky science.

Many scientists are wary of social media too, the survey showed. Slightly less than half of the researchers reported ever using social media to discuss or follow science, and just 12% said that they currently use it to follow experts in their field. Only 22% said that tweeting or using Facebook was important for career advancement. Richard Sever, assistant director of Cold Spring Harbor Laboratory Press in New York tweeted: 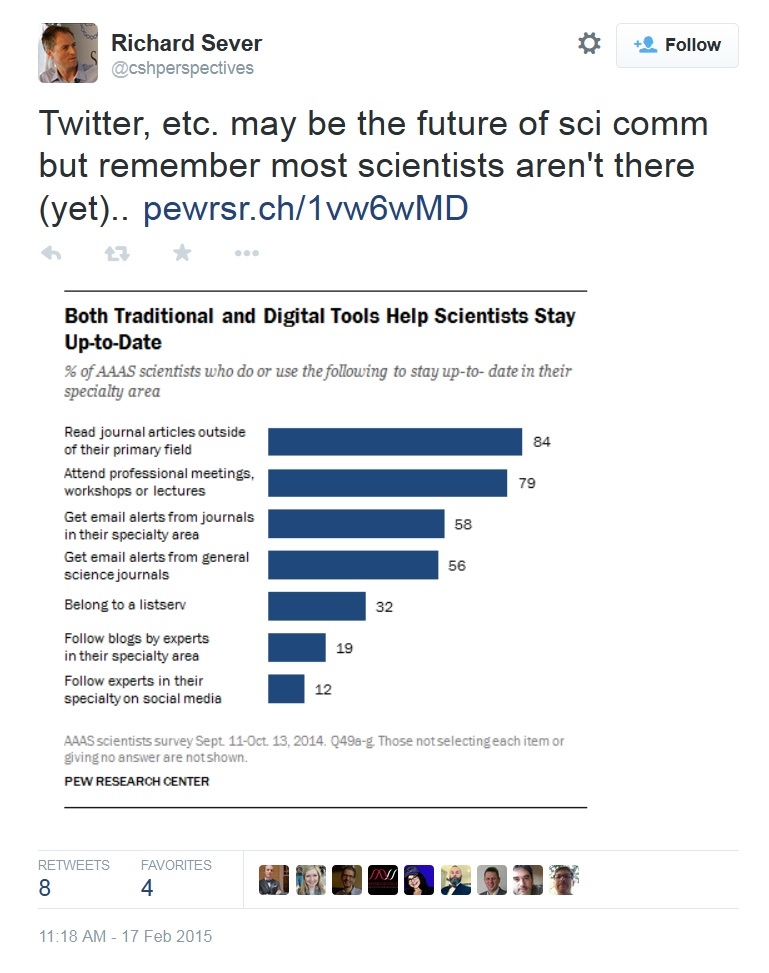 In an interview with Nature, Wilson said that scientists should learn how to communicate with the public as part of their training. “The easiest way to get public support for scientific funding is to be visible,” he says.

But he and others online acknowledge the challenges of outreach. David Grinspoon, an astrobiologist at the Planetary Science Institute in Tucson, Arizona, said on Twitter: 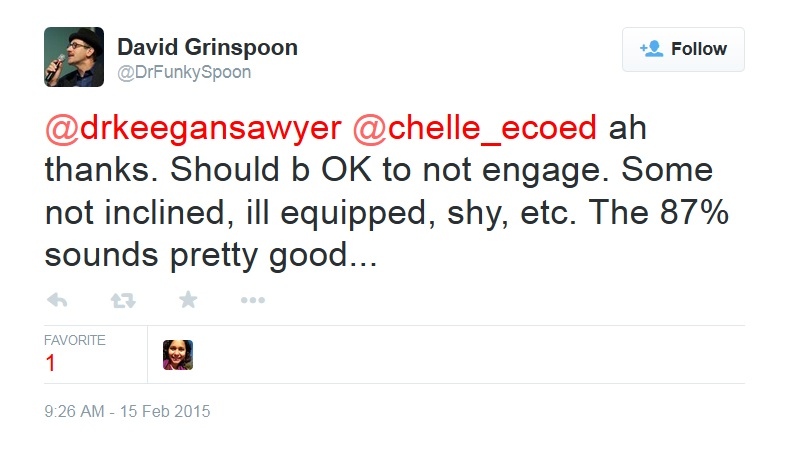 The scientific community does not provide much incentive for public communication either, according to Chelle King, a citizen-scientist coordinator at the Patricia and Phillip Frost Museum of Science in Miami, Florida. She tweeted from a panel discussion about the survey earlier this week at the AAAS conference: 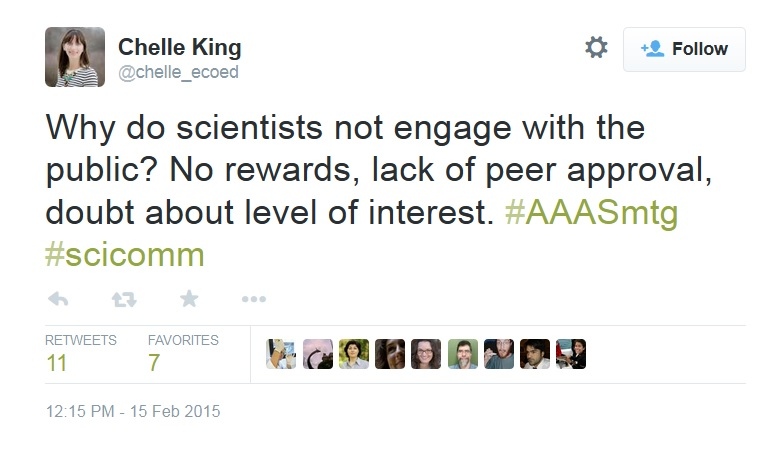 Still, the survey showed some changing attitudes. The percentage of researchers saying that news coverage is important for career advancement increased from 37% in a similar survey in 2009 to 43% in 2014.

Moreover, those spending time on outreach tended to be younger than 50, and more women than men were generally engaged in outreach activities. Wilson, who is African American, says that members of underrepresented groups in science should make a special effort to join the public conversation, adding: “As a scientist of colour, it’s critical for me to be visible,” he says.

The graphic originally stated that 'nearly three-quarters' of researchers use blogs and other social media. In fact, nearly half use social media and 24% blog about science, but these two groups overlap. The graphic has now been corrected.