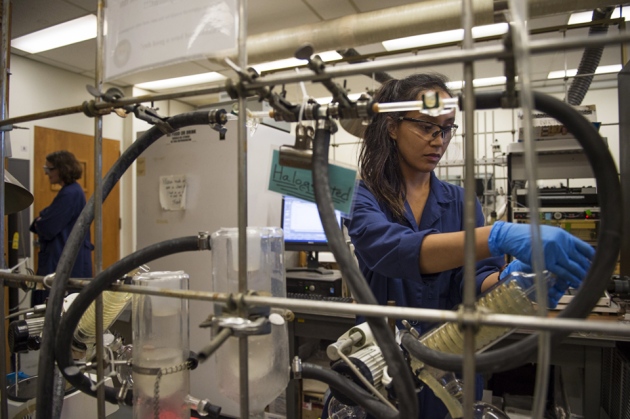 The National Institutes of Health would see its budget rise by $2 billion, to $34 billion.

Funding for US science agencies will stay flat or even increase over the next several months, under a US$1-trillion spending deal announced on 30 April. The plan devised by Congress, which covers the remainder of the 2017 budget year, avoids the sharp cuts to science proposed by US President Donald Trump.

The biggest winner is the National Institutes of Health (NIH), whose budget would rise by $2 billion compared with the 2016 level, for a total of $34 billion. The National Science Foundation would remain steady at just under $7.5 billion, and NASA’s budget would rise by about 2%, to $19.7 billion. And the Environmental Protection Agency, which Trump wants to cut by 31% in fiscal year 2018, would receive roughly $8.1 billion, a decrease of about 1% from 2016.

“From our perspective this is a great package, so we can put [fiscal year 2017] behind us and move on with our lives,” says Jennifer Zeitzer, director of legislative relations at the Federation of American Societies for Experimental Biology in Bethesda, Maryland.

But that does not mean that scientists can breathe easily just yet: the largely positive 2017 deal does not necessarily indicate how Congress will handle funding for 2018, says Michael Lubell, a physicist at City College of New York in New York City. Lawmakers “have a year to fall in line [with the president] if they want to”, he says.

Trump’s 2018 budget request, released in March, seeks an 18% cut for the NIH and a 5.6% cut to the Department of Energy. It also proposes to eliminate the Advanced Research Projects Agency-Energy (ARPA-E), which funds high-risk, high-reward research, along with a global-health research centre at the NIH and the Sea Grant education and research programme at the National Oceanic and Atmospheric Administration (NOAA).

Breaking down the budget

The 2017 deal formulated by Congress would fund the government until 30 September. Its provisions include:

“This isn’t anything like what the Trump administration had sought,” says Matthew Hourihan, director of the research-and-development budget and policy programme at the American Association for the Advancement of Science in Washington DC. “This is clearly Congress reasserting its own priorities.”

The House of Representatives is expected to vote on the measure as early as 3 May, with the Senate to follow. Then lawmakers will turn their attention to plans for the 2018 budget year. The White House is expected to release a full budget request in late May that is likely to include the same massive cuts to civilian programmes, and increases for military spending, as the “skinny budget” it released in March.