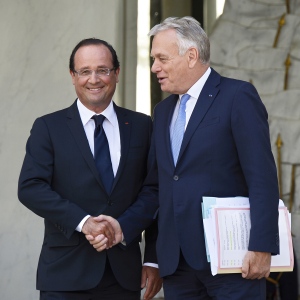 Research and higher-education funding have been left largely unchanged in France's new draft budget, despite the country continuing to grapple with its stubbornly high public deficit.

The draft spending plans for 2014, which were announced yesterday, include a 0.5% increase in the Ministry of Higher Education and Research’s spending to €23 billion (£19.2 billion), or just over €26 billion if contributions from other ministries are included. Although the increase is smaller than the 2.2% Minister Geneviève Fioraso won last year, she stressed that her budget is still the third largest after lower education and defence.

The research budget has been hit with a 1% cut, dropping by €82 million to €7.77 billion. The money will be taken from the National Research Agency as part of plans to shift funding back to basic research and projects under the European Horizon 2020 research and innovation programme.

It was also revealed that the first slice of the €5.3 billion earmarked for research and higher education as part of the government’s €12-billion Investments for the Future programme will be paid in 2015. The programme, which was announced in July, contains eight priority areas, including green energy, the digital economy and health, and payments will be spread over the next 10 years.

In a continued show of support for start-up technology businesses, another €58 million will go to the Young Innovative Companies scheme, which was due to end this year but was handed a stay of execution until 2016. The scheme offers tax breaks for fledgeling companies and exempts them from welfare charges for their first 7 years, but restricts the number of employees and level of salaries. Too much so, according to some industry experts. “The result is that expanding firms with higher paid staff will still be excluded,” laments Philippe Pouletty, honorary president of France Biotech, the association of French life-science firms. “President [François] Hollande has reneged on his promise to restore the scheme in full.”

But, after several false starts, the draft budget does commit to pledges made last week by Hollande and Prime Minister Jean-Marc Ayrault to finally introduce a carbon tax. The tax will begin next year at €7 per tonne of carbon and will apply to three fossil fuels — natural gas, heavy fuel and coal. It will be fixed according to the carbon-dioxide emissions of each product and will rise to an estimated €14.50 per tonne in 2015 and €22 per tonne in 2016. The tax is expected to raise €340 million in 2014, increasing to €4 billion in 2016.

By contrast, the proposed budget does no more than tinker with the controversial research tax credit (CIR), which provides corporation-tax relief on certain research and development (R&D) spending. The CIR, which is among the largest and most generous R&D tax breaks in the world, came under fire this month from the Cour des Comptes, or public audit office, for giving a poor return on investment. It will cost France an estimated €5.8 billion in tax revenues next year, a loss that will deepen in the future as more companies take advantage of the scheme and learn how to maximize its benefits, Pouletty predicts. The tinkering in the budget merely encourages companies to recruit young PhD graduates without having to lay off senior engineers and scientists to make way for them.

But the proposed draft does nothing to alleviate the concerns of Henri Audier, board member of the French National Trade Union of Scientific Researchers (SNCS-FSU). It will not help to boost France’s ranking in the Main Science and Technology Indicators of the Organisation for Economic Co-operation and Development (OECD), he predicts. The latest OECD figures, which were published in July, showed that France had fallen to 15th place worldwide in the ratio of R&D spending to gross domestic product (GDP).

Overall, the budget outlined €3 billion in tax increases and about €15 billion in public spending cuts. The public debt is expected to increase to more than 95% of GDP in 2014.