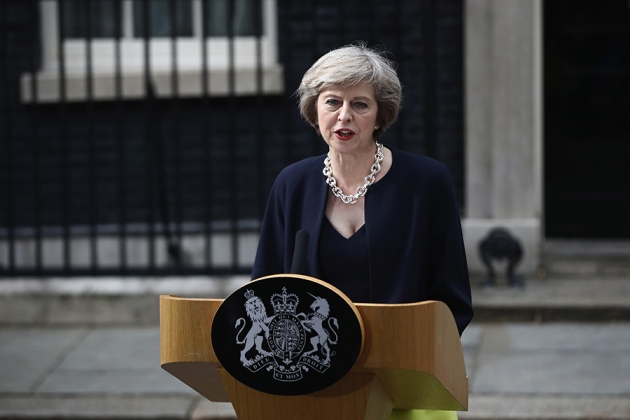 Three weeks after UK voters chose to leave the European Union, the country has a new prime minister, Theresa May — and a revamped administration that is poised to change science’s place in government.

For researchers, May’s most important decision so far may be her appointment on 14 July of Greg Clark, a former science minister, to lead a newly formed department that will also have ultimate responsibility for research, and the confirmation on 15 July that Jo Johnson will remain in his post as universities and science minister.

Science-policy experts have welcomed the appointment of Clark, whose official title is Secretary of State for Business, Energy and Industrial Strategy (BEIS). “People will be happy that he has played that role in the past and understands the importance of science and of the research system,” says Kieron Flanagan, a science-policy researcher at the Alliance Manchester Business School.

Tell Nature: Big or small, we want to hear how Brexit is affecting you

The new department replaces the Department for Business, Innovation and Skills (BIS), which had overseen the United Kingdom’s annual £4.7-billion (US$6.3 billion) research budget, and also the Department for Energy and Climate Change (DECC).

Some worry that the elimination of DECC will weaken the United Kingdom’s responsibilities on climate change and decarbonization. “DECC’s disappearance raises urgent questions,” said Angus MacNeil, a politician who leads the cross-parliamentary Energy and Climate Change Committee.

Bob Ward, a climate-change policy expert at the London School of Economics and Political Science, warns against jumping to the conclusion that May will be timid on climate action. "From what we know of her statements on climate change, she understands the importance of it,” he says. "I don't think the fact that there is no climate change in the title necessarily means a reduction in commitment."

A more consequential change will come if some of the civil servants who are experts on climate change are lost in the transition. DECC’s staff understood not only climate science but also its effects on regional weather and the need for UK infrastructure to adapt, says Corinne Le Quéré, director of the Tyndall Centre for Climate Change Research at the University of East Anglia in Norwich.

May’s own recent rival for the prime minister position, Andrea Leadsom, is the new environment secretary, and May has moved responsibilities for higher education from BIS to the education department, which is now under Justine Greening.

Johnson’s brief will now be split between the education department and BEIS. Nick Hillman, director of the Higher Education Policy Institute in Oxford, points out that universities and schools are very different, but that the reorganization could work if Johnson has “considerable autonomy” within the education department. Johnson’s reappointment signals that May plans to push on with reforms of higher education and of research funding that her predecessor, David Cameron, began, say observers. 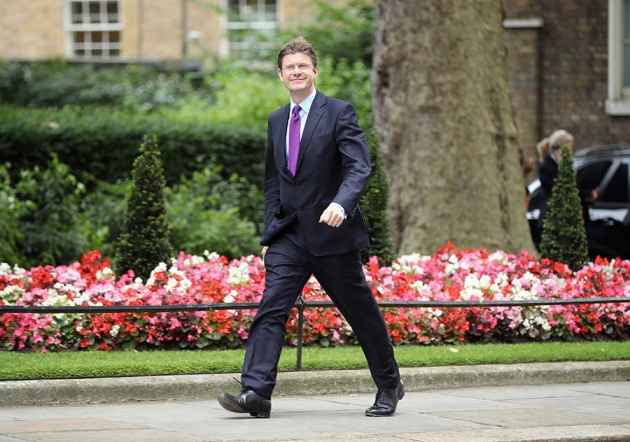 An overall atmosphere of chaos has reigned since the referendum. Policy experts say that May’s ascendance has brought the country a measure of stability. “It’s the first piece of sanity in a long time for UK politics,” says Paul Nightingale, deputy director of the Science Policy Research Unit at the University of Sussex, UK.

May appointed Philip Hammond as Chancellor of the Exchequer, a job that includes overseeing the state’s budget, including its allocations to research. “He is seen as being a person who doesn't make headline decisions, so we might have some hope of status quo at the very least with regard to research funding," says Jenny Rohn, who chairs the UK lobby group Science is Vital. “We just heard that there will be no emergency budget, so scientists will have time to make their case before the autumn statement."

But the country still faces the uncertainty of the Brexit — and the results of negotiations to leave the EU. May, who became the United Kingdom’s second female prime minister on 13 July, had opposed leaving the EU, like Cameron. (As Flanagan puts it, May had been perceived as “the nearest thing to Cameron that isn’t Cameron”).

But May has made it clear that under her watch, the United Kingdom will leave the EU, and she has sought to differentiate herself from Cameron’s outgoing government. She has sacked some of its key members, and filled some posts with pro-Brexit politicians: putting Boris Johnson, the controversial pro-Leave former mayor of London, in charge of the Foreign Office, for example. She has also created a post for leading the negotiations that will determine the United Kingdom’s new relations with the EU. 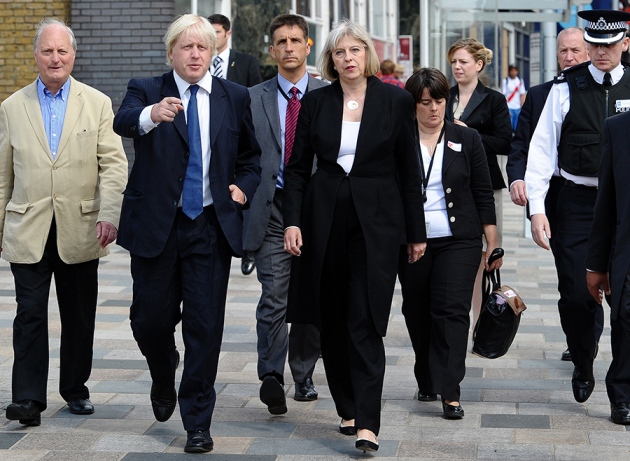 Theresa May appointed prominent Leave campaigner and former Mayor of London, Boris Johnson, to the post of Foreign Secretary.

Scientists are still in the dark about how May herself views science. She ran virtually no formal campaign for prime minister and has given little indication of what her policy priorities on research would be. In a speech in Birmingham on 11 July, she called for “a better research and development policy that helps firms to make the right investment decisions” and “an energy policy that emphasizes the reliability of supply and lower costs for users”, but did not go into further detail.

In her former role as home secretary, May’s push to reduce immigration and tighten up visa requirements sometimes put her at odds with university administrators. She also helped to push through a bill that enacted a blanket prohibition on so-called designer drugs. But she has shown pragmatism and a willingness to change her mind when presented with compelling evidence, says Nightingale.

“She has been an example of good practice in gathering evidence, and also of explaining her decisions when they have not gone with the scientific advice," says Sarah Main, director of the London-based Campaign for Science and Engineering.

May’s past decisions do not necessarily give a good indication of how she will act as prime minister, Flanagan says. As a home secretary who was positioning herself to be the next prime minister, May had to seem tough to Conservative voters on issues such as immigration and security, he says.

Central to scientists’ concerns are that their needs will be taken account of when the Brexit terms are agreed. In particular, they want reassurance that they will still be able to access EU science funding and to easily hire people from throughout the bloc. “We need to make sure people understand that, perhaps unintentionally, the UK research community does have a lot to lose,” says Main.

The UK research community is anxious for the government to make a commitment to shielding them from the possible impacts of Brexit. “The challenge would be for the new government and the new prime minister to set out clearly what is their ambition for science and research to play a part in the UK future,” Main says. “We would like to see that clearly stated.”

Comments from Bob Ward and Corinne Le Quéré have been added since the story was first posted.

The news of Jo Johnson's re-appointment has been added to the story since it was first posted, as well as a quote from Nick Hillman.