Whether it’s drug scandals, pollution problems or sheer curiosity at the incredible capabilities of the athletes, the Olympic Games have long fascinated researchers as well as the general public.

In recent decades, research has increased on the selection of Olympic sites, environmental issues and the Games’ ability to encourage people to participate in sport, says sports-medicine specialist Lars Engebretsen, who heads science and research for the International Olympic Committee.

The Olympics don’t typically inspire researchers to start new fields — instead, they tend to feed into ongoing studies, says Vanessa Heggie, a historian of science and sports medicine at the University of Birmingham, UK.

As the 2016 summer Games kick off in Rio de Janeiro, Nature uses bibliometrics to provide insight into the who, where, what, how and why of Olympic science.

The proportion of research papers that are about the Games has risen rapidly. Over the past few decades, the Olympics has also expanded the number of events, drawn more participants and become vastly more expensive. 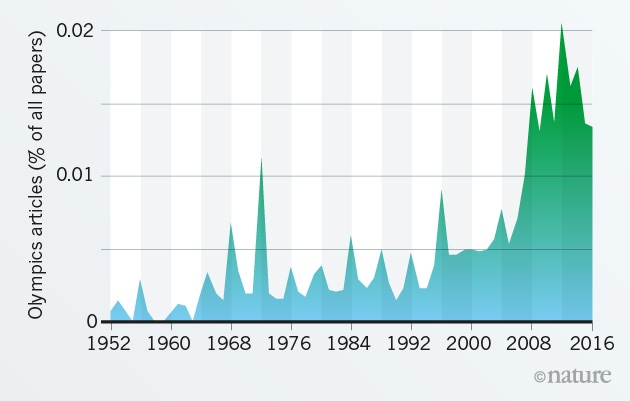 Beijing 2008 inspired the most papers, followed by London 2012. Beijing had imposed special restrictions on air pollutants, providing a rare opportunity for researchers to do relatively controlled experiments, says David Rich, an environmental epidemiologist at the University of Rochester in New York. The London 2012 Olympics inspired topics ranging from urban development and sprawl to security and surveillance. 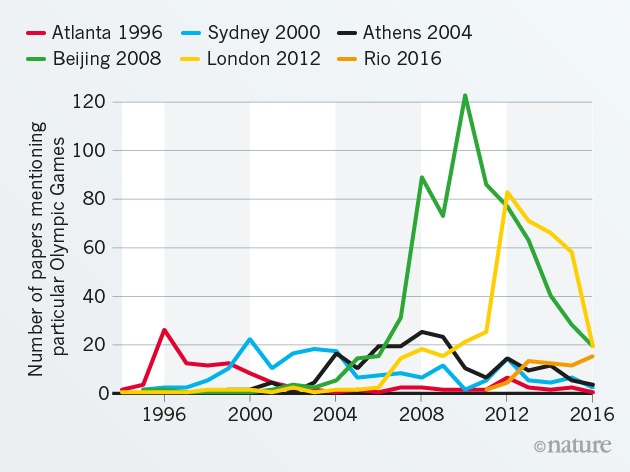 The social sciences have generated the most Olympics papers — with medicine and engineering winning silver and bronze, respectively. The Olympics are an “urban change-maker”, says sociologist Jacqueline Kennelly at Carleton University in Ottawa, Canada. They have led to expensive infrastructure projects and placed huge demands on public transport. And those that have contended with world wars, protests, boycotts and terrorist attacks have generated substantial literature. Social scientists have also used the Games to study diverse topics such as the relationships between athletes and coaches (R. A. Philippe and R. Seller Psychol. Sport Exer. 7, 159–171; 2006) and how much the medal count influences national pride (I. van Hilvoorde et al. Int. Rev. Sociol. Sport 45, 87–102; 2010). 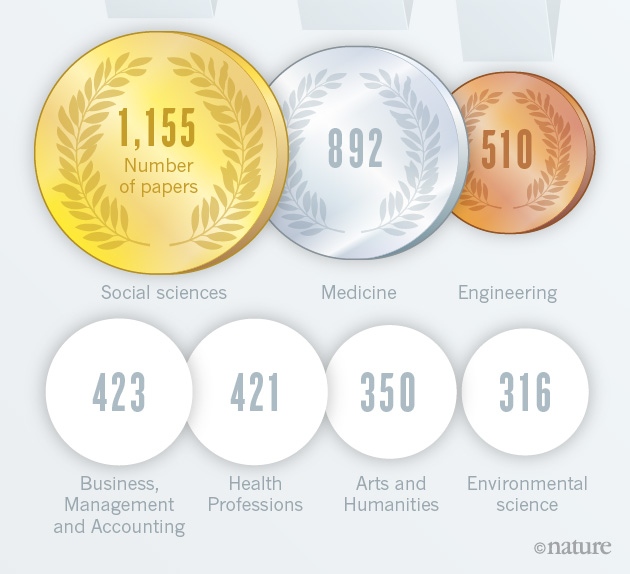 The countries that have published the most Olympics research are the usual science powerhouses. But divide the number of Olympics papers by the total number of papers published by that country — and different nations take the lead, with Greece at the front of the pack. The Olympic Games date back to the eighth century bc, and Greek scientists are naturally proud of their heritage, says Minas Samatas, a political sociologist at the University of Crete in Rethymno, who studied the 2004 Olympics in Athens. Norway boasts the second highest fraction of Olympics papers, and has won the most medals in the winter Games. Most of its 61 papers are about the winter Games or winter sports, especially skiing. 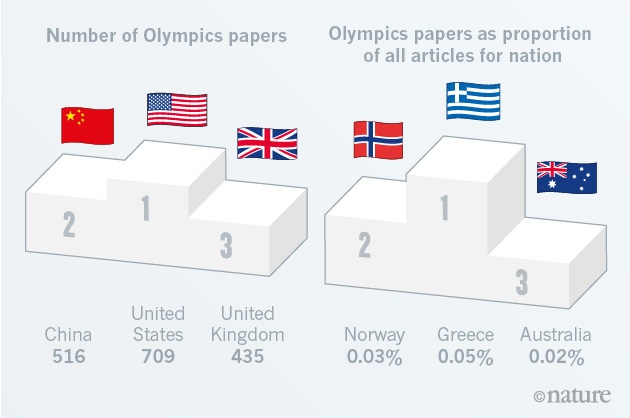 Citations in the city

The paper that has generated the most citations focuses on the Atlanta 1996 Games, and is followed closely by one about Beijing 2008. Both articles explore how policies such as increased provision of public transportation can improve air quality. The fifth most highly cited paper analysed levels of enthusiasm about the 2000 Olympics among different resident groups in the host city, Sydney. It is the most highly cited Olympics paper in the social sciences. 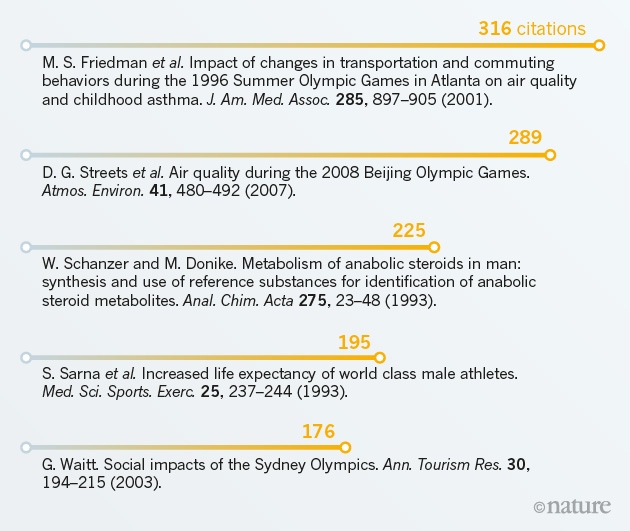