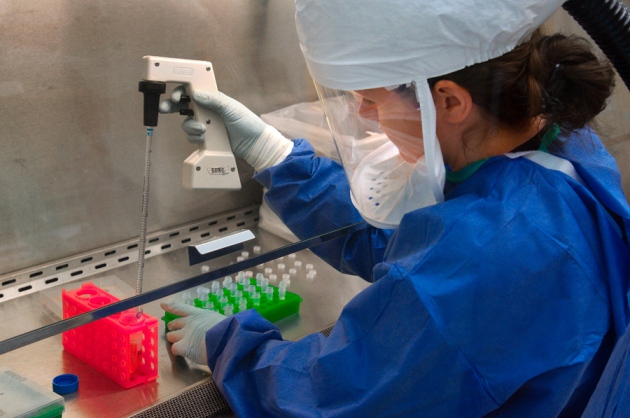 The US Centers for DIsease Control and Prevention has revealed several recent safety lapses in its facilities that conduct research on deadly pathogens.

The US Centers for Disease Control and Prevention (CDC) plans a sweeping inventory of deadly pathogens in its laboratories in response to safety lapses at high-biosecurity facilities on its Atlanta, Georgia, campus.

The move, announced today by CDC director Thomas Frieden, comes after the agency revealed in recent weeks that staff members were potentially exposed to anthrax and unintentionally shipped H5N1 influenza virus to another government laboratory. The incidents are part of a larger pattern of safety violations documented in reports from the CDC and the US Department of Agriculture (USDA), prompting “the comprehensive, sweeping change in our lab culture we’re now implementing”, Frieden told a US House of Representatives committee.

But the CDC chief sidestepped questions about whether the United States needs a single body to  oversee potentially dangerous pathogen research and assess lab standards. Those duties are now shared by the USDA, CDC and — to a lesser extent — the National Science Advisory Board for Biosecurity (NSABB), which monitors and advises on biological threats and ‘dual-use’ research that could be used for nefarious purposes, but has no regulatory power.

The latter will look very different when it reconvenes this autumn for the first time in two years. Eleven of the 23 NSABB members were replaced on 13 July, according to an e-mail from an official at the National Institutes of Health (NIH) Office of Science Policy. The new members have already been chosen, the message said. The NIH did not respond to Nature's queries about whether the safety lapses prompted the NSABB to reconvene or reshuffle, but has issued a statement that calls changes in the make-up of federal advisory committees “routine”.

By contrast, the ousted NSABB members say that they had expected to serve until 2015. All were shocked at the NIH announcement.

“They were making it seem as if we had somehow been overworked, though we’d done nothing in two years,” says Michael Osterholm, a public-health expert at the University of Minnesota in Minneapolis. “It is to the point where a number of us weren’t sure if we should laugh or we should cry.”

Several members say that they had not heard from the NSABB since April, when the group’s charter was renewed — and its remit scaled back. The new charter omits language directing the NSABB to “develop criteria for identifying dual use research and research results” and to “propose a framework for the oversight of dual use research, to serve as a springboard for the US government to develop guidance and guidelines for dual use life sciences research”. The board’s budget has also been reduced, from US$382,986 in fiscal year 2008 to $186,416 this year.

“It's clear that what the NSABB was, and what it may be will be very different,” says Osterholm. “The billion-dollar question is whether science, the government and most of all, citizens, will be lesser served. I'm afraid so.”

Some members question the timing of the NIH’s decision to shorten their terms — anticipating that the CDC safety lapses will spark discussion about whether to continue research on deadly pathogens such as the H5N1 and H7N9 flu viruses, and in what context. “A number of people were let go who frankly are the institutional memory on gain of function,” says Osterholm, who has argued that the NIH is biased in favour of such research. “You'd think you'd want to keep it like that.”

In the meantime, concerned scientists are gearing up for renewed debate over the future of US biosecurity research. On 14 July, four of the ousted NSABB members and other biosecurity experts met in Cambridge, Massachusetts, in a meeting originally convened to address their growing concern about gain-of-function experiments on pathogens such as H7N9 flu.

The ‘Cambridge Working Group’ has produced a consensus statement calling for increased oversight of research on dangerous pathogens, a transparent and standard method of weighing its risks and benefits, and exploration of safer alternatives. Until those measures in place, the group says, “experiments involving the creation of potential pandemic pathogens should be curtailed”.