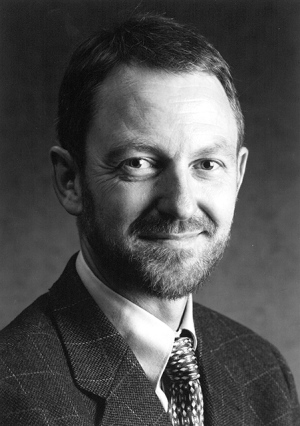 The sacking of an eminent geoscientist from the University of Copenhagen has shocked and bewildered other Earth scientists, who are questioning why he lost his job.

Seismologist Hans Thybo is president of the European Geosciences Union (EGU) and vice-president of the Royal Danish Academy of Sciences and Letters. He was fired last month over what university documents say was “unacceptable and completely untenable” behaviour. But other researchers at the university say that the firing was poorly handled, and 21 international geoscientists have signed a letter urging the university to reconsider its move.

According to documents seen by Nature, the university informed Thybo on 15 September that it would be sacking him for two reasons. First, that he put pressure on a postdoc to give an unfavourable opinion of the university management in an employment survey, and second, that he used his private e-mail for work purposes, although he had been warned not to. “The faculty in the light of your repeated violations of the employment relationship no longer trust that you can handle the senior and highly trusted position (…) in which you are employed,” the university’s letter said.

The university’s stated grounds for dismissal have caused anxiety among other researchers there, says Dorthe Dahl-Jensen, a climate scientist at the university’s Niels Bohr Institute. “If such grounds are to be taken at face value, many of us, and especially those who have a critical attitude to management dispositions, could be sacked as well,” she says.

“Many colleagues at the University of Copenhagen have expressed concern about their jobs and security,” Dahl-Jensen and three other faculty representatives wrote in their university’s newsletter in November; the letter later appeared in the Danish media. “We are left with the impression that faculty members who irritate the leadership of the University of Copenhagen, are at risk of dismissal without management having to provide any real justification,” the letter continues.  “We do not address the purely individual aspects of the dismissal, including the specific facts of the matter, only the grounds offered for the decision.”

Many researchers think that there may be more behind the sacking than the university’s stated grounds for dismissal. Sources who do not want to be named say that Thybo is known to be a headstrong character who has clashed with university management. He was dismissed as a group leader in his department in June 2015, and in July 2016 he received a disciplinary warning for an unapproved absence. “I do not know what shadowy things might have led to this sad outcome,” says Dahl-Jensen. “But I do know that our university handled that affair in a way that is quite unacceptable and damaging.”

Thybo, who received his final dismissal letter on 4 November, says he thinks that the situation is based on “misunderstandings and personal grudges”. In October, he had written to the university rejecting all allegations of inappropriate behaviour (including the alleged unapproved absence). He told Nature that he is now looking to challenge the dismissal on legal grounds, and hopes that he will be allowed to resume his job.

John Renner Hansen, dean of science at the University of Copenhagen, confirmed Thybo’s dismissal to Nature, but declined to comment on the reasons for it because “the case is definitely not closed from a legal point of view”.

On the specifics of the dismissal letter, Thybo says that he did send a 16 June e-mail from his private account, reminding his Egyptian postdoc Mohammad Youssof Soliman to “Please remember to fill in the questionnaire from KU [University of Copenhagen] about work environment, and remember that you do not need to be kind to management.”

Youssof, who left the University of Copenhagen to take up a new position this month at King Abdullah University of Science and Technology in Thuwal, Saudi Arabia, says that he felt no pressure to criticize the university’s management. He also says that he didn’t take part in the voluntary survey, adding that he was shocked when he heard that Thybo had been sacked. “I never figured something like this could happen in Denmark on such inconsequential grounds,” he says. “It’s just so sad and depressing.”

Meanwhile, a group of 21 eminent geoscientists — none of whom is from Denmark — have signed a letter dated 14 November that urges the University of Copenhagen to reconsider its move. “The university’s reasoning is by any measure flimsy and odd,” says Jonathan Bamber, a polar researcher at the University of Bristol, UK, who co-signed the  letter. “The evidence they’ve provided is just not commensurate with firing an internationally respected scientist. It rather seems the bizarre outcome of personal differences that should have been solved in a more urbane fashion.”

The affair will not affect Thybo’s ability to remain at the helm of the EGU, says Bamber, who will take over the EGU presidency in April. “He has been an exemplary, fair and, at times, firm leader in whom we still have complete confidence,” he says.