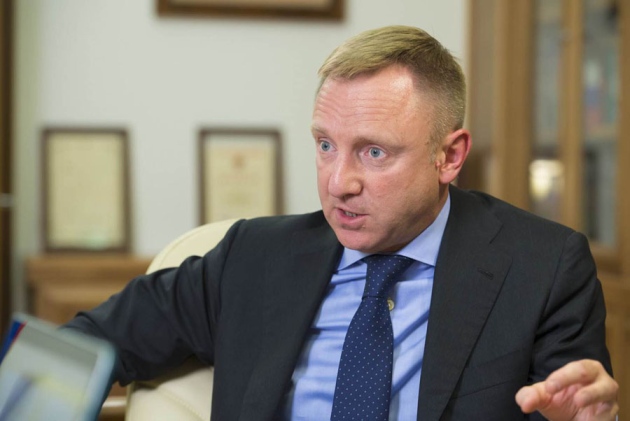 Ministry of Education and Science of the Russian Federation

Minister of Education and Science Dmitry Livanov says that Russia's current troubles should have limited impact on its international research collaborations.

Once a scientific powerhouse, Russia has experienced over the past 25 years a dramatic decline of its research and development capacities and is now lagging far behind other industrialized nations in terms of scientific output. And in the past year, Russia’s economy has suffered multiple blows, including Western sanctions following its annexation of Crimea from Ukraine and the collapse of the price of oil and gas, the principal sources of income for the government. Researchers in and outside the country have fretted about the implications for Russian research and its role in international collaborations.

In particular, Russia is a partner in the Large Hadron Collider (LHC) collaboration with CERN, the European particle-physics laboratory near Geneva, Switzerland, and contributes to several major research facilities under construction. These include the European X-ray Free Electron Laser (XFEL) in Hamburg, Germany; the Facility for Antiproton and Ion Research (FAIR) in Darmstadt, Germany; and ITER, the experimental nuclear-fusion reactor in Cadarache, France. Meanwhile, the country has embarked on a radical but controversial restructuring of the way it funds research. Nature talked to Dmitry Livanov, the Russian Federation’s minister of education and science, about the current crisis and the future of the country’s scientists.

Do you fear that the current geopolitical tensions and Western sanctions imposed on Russia might harm existing collaborations in science?

In the present situation, the international cooperation in science is of growing importance for us — even more so now than it was a year ago. There are questions that need to be addressed, but they are mainly related to the transfer of modern technology and purchasing of new equipment. However, ongoing projects such as the LHC, the XFEL, FAIR and ITER will be continued. Moreover, the Russian Federation will participate in the European Synchrotron Radiation Facility, an international consortium in Grenoble, France. Our country annually allocates significant financial resources to these projects. In addition, support is planned for research in promising areas of multilateral cooperation within the framework of the European Horizon 2020 programme, including its Future Emerging Technologies and ERA-NET projects. The programme will start next year, and we expect significant developments in international cooperation as a result of its implementation.

How severely are the current recession and the weak rouble affecting science and science funding in Russia, for instance through the rise in the costs of imported lab equipment?

There will be no substantial reductions in the level of science funding caused by the current economic situation. For example, the allocations for the national programme of basic scientific research are at the level of 834 billion roubles (US$13 billion) for the period up to 2020. Moreover, the redistribution of resources to favour interdisciplinary research will allow us to increase the return on investment and will stimulate breakthrough ideas and technological advances. As far as the increased cost of Western laboratory equipment is concerned, reasonable optimization of the current cost structure will help to solve this problem too. I strongly believe that scientific cooperation should not depend on temporary changes in the economic and political situation. After all, the generation of new knowledge and technologies is a mutually beneficial process.

The Russian government has since 2010 issued ‘megagrants’ that have attracted a number of top scientists, many from abroad, to do research at Russian universities. Will the programme be continued?

We intend to continue this programme. We consider it a unique tool for the development of university research: leading international researchers invest their talent and energy over several years to create a brand scientific entity — a research laboratory, equipped with top-of-the line equipment purchased with fullsupport from the host institution. The results that we have received so far are impressive: 144 laboratories with a total workforce of more than 4,000 scientists have been created in 50 top Russian universities; 1,825 scientific papers have been published, with more than 800 in scientific journals indexed in the Web of Science; and 500 objects of intellectual property have been created.

Only 4 of the 144 megagrants went to principal investigators who were female scientists. How do you hope to increase the participation of women in any future research funding schemes?

Women, unfortunately, were less involved in the megagrant programme at the application stage, submitting just over 5% of applications. Projects selected for support are chosen not on the basis of gender, but on the basis of scientific quality as a result of international peer review. I believe that science has no sex, nation of origin or age. If you are a world-class researcher, in Russia you can always get support for your ideas.

The Russian Academy of Sciences, which employs the majority of researchers in Russia, was recently overhauled. What role will it have in the future?

The new legislation states that the academy will be primarily engaged in providing expert advice. The whole system of research institutes, which in the past decades belonged to the Russian academies — of sciences, of medical sciences and of agricultural science (more than 1,000 institutes in total), is now under the governance of a special federal agency.

The government has recently set up a funding agency for basic research, the Russian Science Foundation (RNF). Do you intend to expand the proportion of science funding that is assigned through competitive grants?

Yes, the expansion of the spectrum of competitive-funding mechanisms is a priority area for us. The transition to a competitive grant-funding system has already occurred in federal target programmes and in the distribution of state-assigned research programmes.

We are constantly working to improve the quality of proposal reviews. There is no doubt that involving international experts could positively influence the project-review process, especially in areas where Russia is lagging behind. The RNF plans to invite foreign experts for proposal evaluation, and these plans will be implemented in the near future.

Are there special funds for early-career researchers in the RNF?

This year, the RNF is launching a special programme to support postdocs. Additionally, the ‘regular’ RNF grants have as a compulsory requirement the participation of young scientists — and at least 25% of each grant must be spent on young researchers’ salaries. In principle, we plan to create separate competitions for young scientists in every programme supported by existing Russian agencies funding scientific research. And starting this year, in addition to grants to support postdocs, we will provide short- to medium-term internships that will increase academic mobility. Without the new generation of scientists, science has no future.