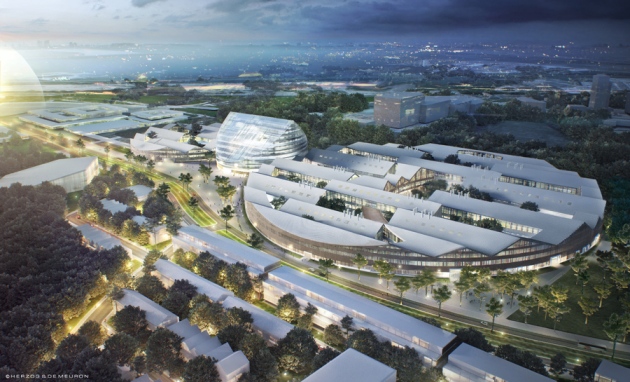 The Skolkovo Institute of Science and Technology will open near Moscow next year (artist’s impression).

A Russian revolution in scientific innovation — or a white elephant? Bulldozers are rumbling near Moscow, at work on the Skolkovo Innovation Centre, an ambitious, multibillion-dollar scheme to boost Russia’s moribund innovation system.

Scientists have high hopes for the project’s first goal: to build a world-class technology university from scratch in a few years. However, they are more sceptical about the prospects of a planned commercial science park at the site, and some have baulked at the high price —a reported US$300 million —paid to a US institution to jump-start the university. Meanwhile, allegations of corruption at the innovation centre’s umbrella body, the Skol­kovo Foundation, risk throwing a cloud over the entire enterprise.

Launched by the Russian government in 2010 with 85 billion roubles (US$2.6 billion) in state funding until the end of 2014, the Skolkovo supercampus will rise on a 400-hectare site just west of the Moscow ring road. On 1 August, the government announced that it intends to put a further 135.6 billion roubles into the venture by 2020. Focusing on five areas — information technology, nuclear technology, energy efficiency, biomedical innovation, and space and telecommunications — Skolkovo is the boldest of Russia’s efforts to spur high-tech innovation and reduce the country’s economic dependence on exports of oil, gas and minerals.

The intellectual lynchpin of the enterprise is the Skolkovo Institute of Science and Technology (Skoltech), an elite, English-language, graduate and research university being created in partnership with the Massachusetts Institute of Technology (MIT) in Cambridge. It aims to foster a new generation — and breed — of top-notch Russian researchers and engineers trained in translational research and entrepreneurship as well as basic science, to fuel an ecosys­tem of innovation that the country sorely lacks. It plans to recruit 200 full-time faculty, 300 postdocs and 1,200 students by 2020.

Coaxing leading scientists to Russia is a challenge, so Skoltech is offering compensation packages that exceed those available in the West “by a wide margin”, says Konstantin Severinov, a molecular biologist and Skoltech associate dean of faculty. Skoltech hopes to have 30–35 faculty members by the end of this year, and then to add 30 or so annually until it reaches its goal.

The most immediate difficulty is practical: Skoltech’s first buildings will become available only next year. For now, MIT and other partners are teaching the first students, who started studies last September, and faculty members are working elsewhere. The challenge, says Raj Rajagopalan, a chemical engineer and Skoltech’s dean of faculty, is “how to create an academic community when most people are not here”.

It was a deliberate choice to start Skoltech’s activities in parallel with construction, says Duane Boning, an electrical engineer and MIT’s faculty lead on Skoltech. The plan will shave years off the time needed to get the university up and running, he says. It has allowed Skoltech to put its administrative, curriculum and research strategies in place quickly, adds Severinov, who has recruited three postdocs, a programmer and one PhD student for his lab, with more to come soon. But “we really need those buildings here ASAP”, he adds. 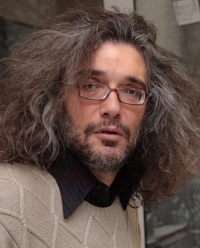 The terms of MIT’s four-year contact with Skoltech, which ends in 2015, are confidential, but those familiar with the project say that Russia is paying MIT at least $300 million for its services. Several members of the Skolkovo Foundation’s scientific advisory board originally objected to that price tag, say sources. Some argued that more services could be had for less, or from another partner — and others felt that Russian institutions should have been given a greater role in the project.

Alexei Sitnikov, vice-president of institutional and resource development at Skoltech, confirms that some board members expressed reservations, but he defends the deal. “The benefits which we get exceed, by far, the costs that we pay,” he says. Several scientists involved say that, although the price can be debated, MIT has been effective in developing the elements needed for the institute to get going: curricula, research programmes, administrative and recruitment structures, and mechanisms for entrepreneurship and innovation. MIT has also run Skoltech’s international calls for proposals for research centres of excellence (15 are planned). “Sometimes you can pay a lot for a brand name,” adds Rajagopalan. After its contract ends, MIT will shift to a collaborator role and Russian institutions will be more involved in Skoltech, adds Sitnikov.

Building Skoltech “is exactly the right thing to do”, says Leonid Levitov, a Russian physicist at MIT who is not directly involved in Skoltech’s creation. At first, he doubted that MIT should take a role, given the political complexity, bureaucracy and corruption that exist in Russia. But he is impressed at how Skoltech, and MIT’s contributions to it, are shaping up. Historically, much of the country’s most innovative research was linked to govern­ment labs, including those run by the military, but most have collapsed since the fall of Soviet communism. These days, there are few graduate opportunities. Many of the best students leave Russia, and even more switch to non-research careers, he says. Skoltech could be a place for them to train in research at home.

The institute’s ultimate impact will depend heavily on reforms elsewhere in Russian science, as well as on the success of the Skolkovo science park. Without it, there will be few meaningful career opportunities for the elite researchers that Skoltech will produce, and the institute could end up as “a completely crazy brain-draining scheme”, says Severinov, with Russia training first-rate people who then leave.

The park offers companies incentives including tax breaks and visa help. Twenty-eight major partners, including Siemens, IBM, Intel and Microsoft, have pledged to invest a total of $500 million, which will be used, in part, to establish corporate research and develop­ment centres at Skolkovo. More than 960 start-up companies have signed on to set up shop there, and around 60 venture-capital firms, more than one-third of them from other countries, have pledged a total of $600 million, says Leonid Gankin, a spokesman for Skolkovo.

But with construction still under way, start-ups will not be able to begin moving to Skolkovo until 2014. Only one corporate centre has been built: that of Cisco Systems, a networking-equipment firm based in San Jose, California, which opened its Skolkovo facility in June. A report from the European Bank for Reconstruction and Development in London last December warned that although Skolkovo offers benefits, initiatives in which states try to pick winning industries have a chequered history.

Skolkovo’s reputation took a hit this year, with allegations of corruption at the Skolkovo Foundation. In February, the Investigative Committee of the Russian Federation, the country’s main criminal-investigation authority, launched enquiries into the alleged embezzlement of 24 million roubles by Skolkovo officials. Investigators raided the foundation’s Moscow offices on 18 April.

Levitov and other Russian scientists warn against jumping to conclusions before the charges are substantiated, arguing that in Russia, criminal allegations can often mask political intrigues and power struggles. Still, Rajagopalan worries that some prospective faculty members might ask themselves whether they really want to take the risk of decamping there. “Perceptions count,” he says.