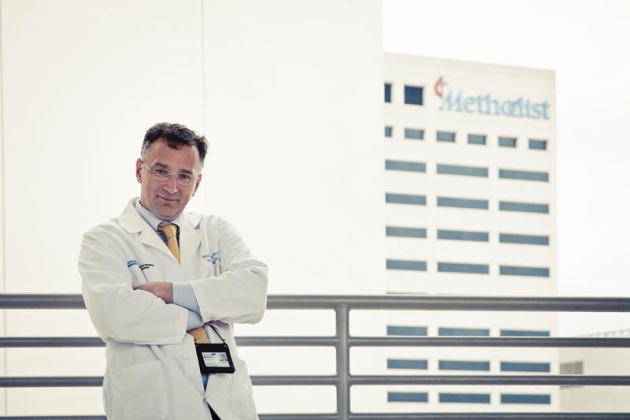 Mauro Ferrari, who heads the Institute for Academic Medicine at the Houston Methodist Hospital in Texas, is the Italian government's nominee to chair a committee on the controversial Stamina Foundation.

Top scientists in Italy have called on the health minister Beatrice Lorenzin to reconsider the composition of the new scientific advisory committee she has proposed to assess a controversial stem-cell therapy offered by the Stamina Foundation.

Their move follows a renewed media frenzy around the affair, prompted by statements made to the press and television by the committee’s proposed president, Mauro Ferrari, shortly after he was nominated on 28 December.

The Stamina therapy, which has not been scientifically proven to be effective in a clinical trial, involves extracting mesenchymal stem cells from bone marrow of a patient, manipulating them and then reinjecting them into the same patient’s blood or spinal fluid. Stamina, based in Brescia, has already treated more than 80 patients for a wide range of serious diseases.

Stamina's practices have been widely criticized by experts both in Italy and outside, and the first government-appointed scientific committee to rule on Stamina prepared a detailed report describing the Stamina protocol as without a scientific basis, ineffective and dangerous. However, a regional court declared that committee unlawfully biased on 4 December. But after that committee's report was leaked to the press on 20 December (see 'Leaked files slam stem-cell therapy'), many families of patients who claim to have been damaged by the therapy announced that they had brought charges for damages against Stamina and its president Davide Vannoni. Both have denied any wrongdoing.

In response to the court findings, minister Lorenzin nominated Ferrari to chair a new committee. Ferrari, who heads the Institute for Academic Medicine at the Houston Methodist Hospital in Texas, told journalists that he was neither “for nor against” the Stamina method.

Michele de Luca, a stem-cell biologist from the University of Modena and Reggio Emilia says that Ferrari's assertions were an insult to the many scientists in Italy working on translating stem-cell research into new clinical applications. In particular, De Luca's own group was the first in the world to cure a form of blindness with a stem-cell therapy they developed, he points out.

In a letter dated 26 January, which was seen by Nature, four influential clinical scientists say that they were ”extremely worried” by Ferrari's televised statements. The signatories were Silvio Garattini, head of the Mario Negri Institute for Pharmacological Research in Milan; Giuseppe Remuzzi, head of the Mario Negri Institute in Bergamo; Gianluca Vago, rector of the University of Milan; and Alberto Zangrillo, vice-rector for clinical activities at the University Vita-Salute San Raffaele in Milan.

Other scientists have claimed that Ferrari does not have the qualifications to lead a committee responsible for assessing a clinical protocol. Ferrari, who describes himself as an academic entrepreneur and is on the board of several companies, holds degrees in mathematics and mechanical engineering. He told Nature that the minister invited him because of his scientific expertise as both a scientist and a science administrator and that she had been aware of his commercial interests, which he says are unrelated to stem-cell medicine.

Confronted with renewed controversy, Lorenzin has delayed taking the legal steps required to inaugurate the committee. She has not commented publically.

The reopening of the debate “seems deeply troubling”, says George Daley, director of the Stem-Cell Transplantation Program at Children’s Hospital Boston. Daley says that he does not know Ferrari, but that the “Stamina debate has emerged as the front line” in a battle against clinical protocols that he calls “highly speculative“.

Daley chairs the strategic oversight committee of the International Society for Stem Cell Research, which is based in Skokie, Illinois, and which has launched an initiative to revise and update the Clinical Translation Guidelines. That initiative will play out over the next year, he says.

An earlier version of this article stated that in his appearance on Le Iene, "[Mauro] Ferrari said he thought Stamina offered Italy the opportunity to take a world lead in bringing experimental therapies into the clinic." Ferrari's statement however did not explicitly refer to Stamina's approach as being what offered such an opportunity. The article has also been revised to include Ferrari's clarification of his statement regarding the Stamina case being "the first important case for regenerative medicine here in Italy".