He helped scientists to see things they could never have imagined. Roger Tsien, who died last week aged 64, shared the 2008 Nobel Prize for Chemistry for his work with the green fluorescent protein (GFP), which has become an indispensable tool in life sciences research.

Tsien, a chemist who worked mainly at the University of California, San Diego, probed the protein’s structure and used the insights to boost GFP’s glow and build a whole palette of fluorescent proteins, which researchers have used to trace individual proteins and cells.

Here Nature celebrates Tsien’s work — and some of the objects that might never have been seen without his insights. 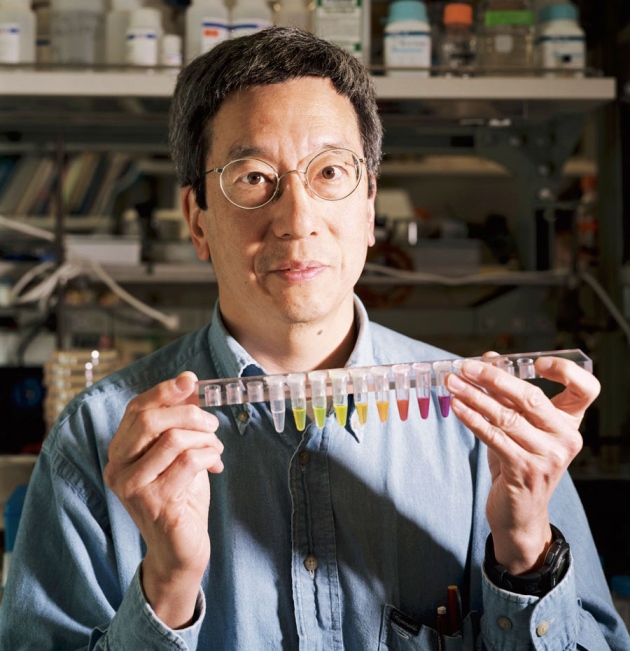 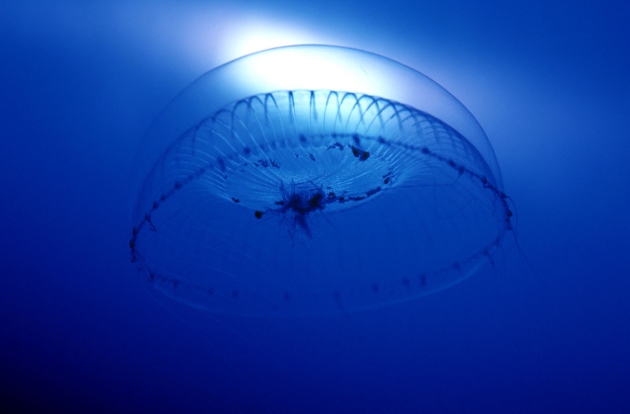 The jellyfish Aequorea victoria can emit a gentle green light from organs around the edge of its body. Osamu Shimomura, an emeritus professor at the Marine Biological Laboratory in Woods Hole, Massachusetts, earned his share of the 2008 Nobel prize for isolating a ‘green protein’ from the jellyfish. 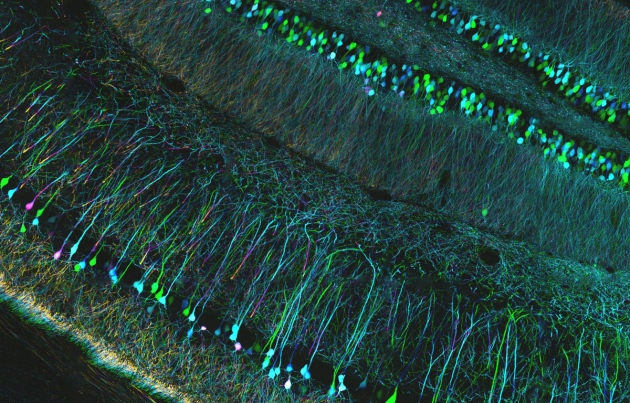 This image shows the hippocampus of a mouse brain that has been stained with GFP. Many structures now routinely examined by researchers would be practically invisible without this protein. Martin Chalfie, at Columbia University in New York, took a share of the 2008 Nobel prize for his work using GFP as a label for cells. 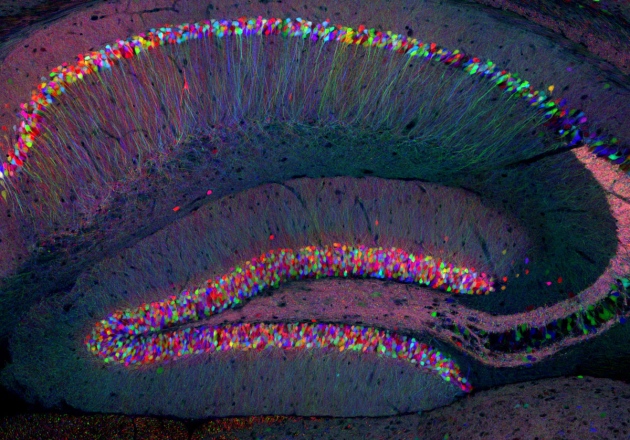 In 2007, a team from Harvard University in Cambridge, Massachusetts, reported a method that can visualize hundreds of individual neurons in different colours in a slice of brain, a feat unimaginable without fluorescent proteins in many different hues. 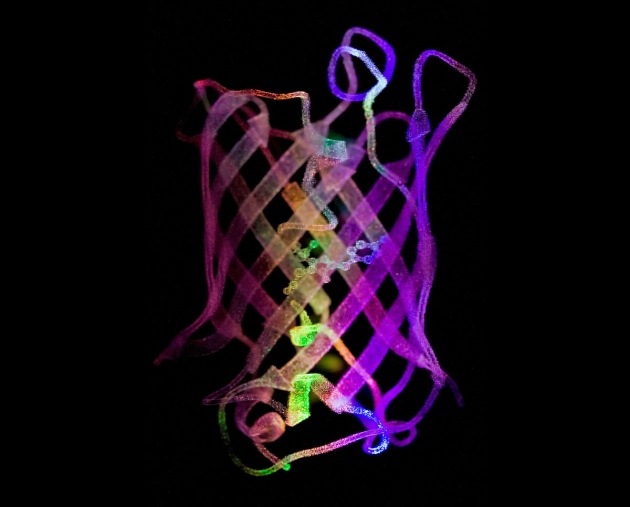 The barrel-shaped structure of GFP was revealed in 1996. The chromophore in the middle of the barrel is the key to its fluorescence. 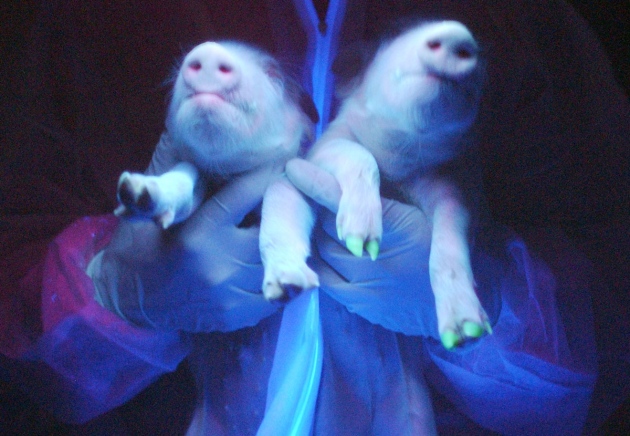 Many animals have been made to glow with GFP. These transgenic pigs show the protein in their trotters, when illuminated under ultraviolet light. 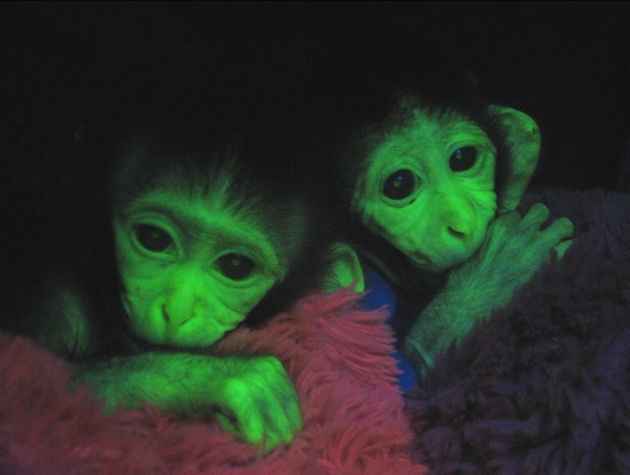 These transgenic monkeys were developed to help with research on Huntington’s disease. 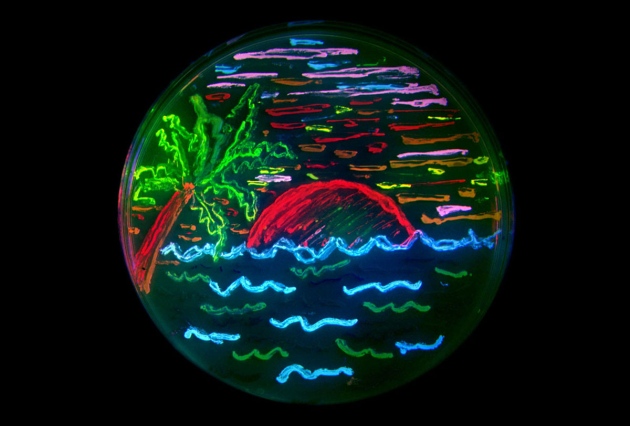 GFP has even been turned to use in art. This San Diego beach scene was rendered using bacteria and fluorescent proteins by Nathan Shaner in Tsien’s lab in 2006. Shaner is now a professor at the Scintillon Institute in San Diego.