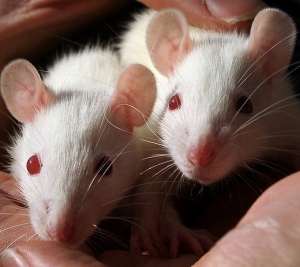 One particularly fraught challenge for animal research is finding humane ways to kill the vast numbers of rodents that are used in experiments every year. Now, a Vancouver-based team of researchers seems to have solid evidence that using anaesthetic gas is preferable to established methods that use carbon dioxide1.

But the results come with a twist that may further complicate things for experimentalists.

Animal-welfare researchers have become increasingly concerned in recent years that killing rats and mice with CO2 may cause distress to the animals. For mice, some researchers advocate physical methods such as cervical dislocation — a skilled breaking of the neck — but this is difficult to achieve with conscious rats because of their size. The main alternative is to use an anaesthetic gas, such as isoflurane, to render the rodents unconscious, and then to kill them using CO2 or another method. Studies attempting to tease out which method is superior have proved contentious2, 3.

Daniel Weary, a researcher at the Animal Welfare Program at the University of British Columbia in Vancouver, and his colleagues set up an experiment in which albino rats had a choice of remaining in a dark compartment that was filling with either isoflurane or CO2, or of escaping to a brightly lit compartment filled with normal air. Albino rats generally prefer to stay in the dark, so the researchers wanted to determine which bothered the animals the most — bright light or a noxious atmosphere.

“I think our results are so clear and consistent,” says Weary. “I’m convinced that some type of halogenated anaesthetic [such as isoflurane] is an advantage over rendering the animal unconscious with CO2.”

The results do show that rats prefer even an uncomfortably bright environment rather than one in which they breathe CO2, says Huw Golledge, who works on anaesthesia and analgesia of laboratory animals at Newcastle University, UK. To avoid carbon dioxide, he says, “these animals are choosing to go somewhere they would prefer not to be".

Golledge points out that previous studies on aversion involved animals choosing either to leave an environment that contained CO2 or to stay and get a reward. In that case, he says, one could have made an argument that the rodents were just being cautious.

Twist in the tale

The surprise in Weary’s work came when he and his team ran the same experiment with rats that had already been exposed to isoflurane. They found that many more animals fled to the light chamber, with just one rat out of 16 remaining in the dark isoflurane chamber.

This suggests that re-exposure to isoflurane might be unpleasant for the animals — perhaps because they experience nausea after recovering from the anaesthetic, and remember this the next time around.

The implications go beyond euthanasia, says Weary. Researchers may need to reconsider experiments that involve repeatedly exposing animals to isoflurane, during surgery for example.

The euthanasia issue is still not settled. “We’re still pretty unclear about what we should be doing with rats," Golledge says. "I suspect we shouldn’t be using carbon dioxide, but we don’t know what’s substantially better.”