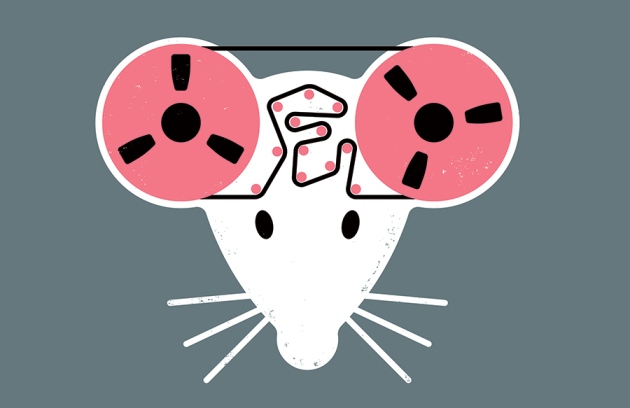 Clamping an electrode to the brain cell of a living animal to record its electrical chatter is a task that demands finesse and patience. Known as ‘whole-cell patch-clamping’, it is reputedly the “finest art in neuroscience”, says neurobiologist Edward Boyden, and one that only a few dozen laboratories around the world specialize in.

But researchers are trying to demystify this art by turning it into a streamlined, automated technique that any laboratory could attempt, using robotics and downloadable source code.

On 3 March, Boyden, at the Massachusetts Institute of Technology in Cambridge, and his colleagues published detailed instructions on how to assemble and operate an automated system for whole-cell patch-clamping1, a concept that they first described in 20122. The guide represents the latest fruits of Boyden’s partnership with the laboratory of Craig Forest, a mechanical engineer at the Georgia Institute of Technology in Atlanta who specializes in robotic automation for research.

Most neural recordings involve inserting an electrode in the space between cells to pick up electrical volleys between neurons. Such ‘extracellular recording’ detects outgoing signals but misses the electrical activity inside the cells that determines whether they will fire. This is where whole-cell patch-clamping comes in, a technique that can tap into a neuron’s innards. The delicate procedure “has a very steep learning curve, and even then some people never really get it to work”, says Svoboda.

Whole-cell patch-clamping involves pushing a tiny glass pipette containing a wire electrode through the brain. In the most common, ‘blind’ version, researchers do this without being able to see the neurons. The scientist must continually apply pressure to push brain matter away from the pipette, but when a rise in electrode resistance indicates that a cell is nearby, they must switch to suction at just the right moment to seal a tiny patch of the neuron’s membrane against the pipette’s super-thin tip. With an additional burst of suction, the researcher can then make a tiny hole in the cell membrane to record the neuron’s activity. Hitting the neuron at the wrong angle, misregulating the pressure and numerous other variables often derail recordings.

“Every step has a certain failure rate, and these multiply throughout the process,” says Boyden. Experienced practitioners report success rates of between 20% and 60%.

Boyden and Forest decided to automate this tricky technique. Their robot does not outperform human experts yet, but its average success rate is around 33% in tests on mice. The device, which runs on the commercial programming platform LabVIEW, only requires researchers to position the animal and the pipette. A computer algorithm then controls the pipette’s internal pressure and its progression through the brain. A company called Neuromatic Devices in Atlanta, Georgia, offers machines based on Boyden and Forest’s technology, but did not disclose pricing or sales figures to Nature.

At the University of Texas at Austin, researchers have created a similar auto-patching system that is controlled in the MATLAB computing environment. This system uses a slightly different algorithm to decide when to start suctioning, and it succeeds in patch-clamping cells in mice about 17% of the time3. Neuroscientist Niraj Desai, who led the team, says that he hopes to incorporate more-sophisticated algorithms.

Some researchers question whether the recording robots will ever surpass the best human experts. “The elements that go into the human’s decisions may be richer than can be captured by the machine,” says neuroscientist Michael Hausser at University College London. But he adds that the technologies could still be a huge boon to novices. Others suggest that the robots could help users of all skill levels in lengthy or complex experiments, in which human fatigue becomes a limiting factor.

At the Allen Institute for Brain Science in Seattle, Washington, researchers have developed an automated system to assist in the even more challenging ‘image-guided’ variant of the technique. In this version, instead of blindly bumping into neurons with a pipette, scientists target specific neurons near the brain’s surface using a two-photon microscope. The procedure requires more coordination than blind patch-clamping because the scientist must constantly focus the microscope in addition to guiding the pipette and adjusting its internal pressure. “This is a technique that ideally would benefit from having three hands,” says Hausser, an expert in image-guided patching.

The automated system constructs 3D images of the brain region of interest and allows users to digitally select the neuron that they want to record. Then, with the coordinates locked in, the device navigates the pipette into place. For now, researchers still need to patch onto the cell by hand, but Allen Institute neuroscientist and joint team leader Lu Li says that eventually they hope to fully automate the procedure.

Whether these automation systems will be taken up widely by the neuroscience community remains to be seen. Each of the teams has made their code freely available for people to download: Boyden’s group at autopatcher.org; Desai’s team at clm.utexas.edu/robotpatch; and Li’s team at the GitHub repository (go.nature.com/sgjpab). “Our hope is that we can help as many people as possible to answer questions about how neurons compute,” Boyden says.