After a rocky start, RNA interference (RNAi), a gene-silencing technique that won the 2006 Nobel Prize in Physiology or Medicine, is gaining momentum.

In November, Alnylam Pharmaceuticals in Cambridge, Massachusetts, announced its first major success: evidence that an RNAi-based treatment drastically reduced levels of a toxic liver protein in people with a rare neuro­degenerative disease. That opened up the floodgates: biotechnology firms have already raised nearly US$1 billion this year for RNAi-based drug development, and roughly 150 therapies are being tested in patients. “It’s no longer a question of if RNA therapeutics will become a reality” but when, says John Maraganore, Alnylam’s chief executive.

Dirk Haussecker, a biotechnology analyst in Baden-Baden, Germany, says that Alnylam and other companies pursuing RNAi therapies have overcome two significant challenges. First, they have solved the problem of delivering therapeutic snippets of RNA to the right cells at the right time. Second, they have narrowed their focus largely to diseases of the liver, exploiting its cells’ natural function: absorbing large molecules from the blood. “For a long time, people doubted that this technology could yield a drug that is commercially viable, but that doubt has been removed over the past two years by clinical results,” says Haussecker, author of the blog RNAi Therapeutics (see go.nature.com/gtekcc).

Still, sceptics argue that the technology is not ready for prime time: with only limited results from clinical trials of RNAi therapies, it is not yet certain that the approach is free of significant side effects. Naysayers also note that several major pharmaceutical companies have abandoned RNAi research since 2010. Most recently, Novartis in Basel, Switzerland, said on 14 April that it is substantially scaling back its RNAi research programme, citing “ongoing challenges with formulation and delivery” of RNAi therapies and the prospect that they may work for only a narrow range of conditions.

RNAi was discovered in 1998 by two US geneticists: Andrew Fire, now at Stanford University, California, and Craig Mello of the University of Massachusetts Cancer Center in Worcester. The technique involves infusing a cell with small pieces of custom-made RNA. These bind to and disrupt the native RNA that translates DNA into proteins. Scientists have long hoped that RNAi could block mutant genes that encode faulty proteins that cause disease.

But getting delicate, small RNAs into cells has proved difficult. And the first major RNAi clinical trial — which aimed to treat macular degeneration — was halted in 2009 after reports that the therapy might actually cause blindness. The small RNAs used in the trial, delivered with little modification, triggered cell death through an immune pathway that can be activated by any RNA more than 21 bases long.

RNAi-based therapies fell out of favour after the failed trial, but smaller firms kept working on delivery systems. One such system, developed by Tekmira in Burnaby, Canada, is based on lipid nanoparticles. Patisiran, the drug made by Alnylam to treat a rare disease known as transthyretin-mediated amyloidosis, is an intravenous infusion of small RNAs packaged in these nanoparticles, which resemble a suspension of very small oil droplets. The drug is intended to reduce the production of a mutant liver protein that circulates in the blood and accumulates in other tissues, causing nerve damage and, in many cases, death.

In a 29-patient trial, Alnylam showed that patisiran could reduce blood levels of the protein, transthyretin, by as much as 96%. The company has begun an expanded trial that it plans to conclude in 2017. It is also testing other RNAi-based drugs using its own delivery vehicle, a sugar molecule that is attached to a small RNA and targets a receptor on liver cells.

Another firm, Arrowhead Research of Pasadena, California, has devised a third major delivery system — a customizable polymer that deposits RNAs in target cells. It is now being tested in clinical trials. “We’ve spent a lot of time in the wilderness trying to solve the delivery problem,” says Christopher Anzalone, Arrowhead’s chief executive.

Victor Kotelianski, a former Alnylam executive who directs the RNA centre at the Skolkovo Institute of Science and Technology in Russia, says that caution is warranted. Larger trials of patisiran might uncover side effects that have not yet surfaced, if the RNAi approach is not as precise at hitting its targets as early results suggest. The company has also not yet proved that removing faulty transthyretin proteins from the blood actually resolves patients’ symptoms, he says.

There are still enough lingering questions about RNAi’s usefulness to give large firms pause. “With a technology like RNAi, you don’t necessarily know what its applications in the clinic will be, and those applications might not be compatible or consistent with the goals of the big pharmaceutical companies,” Haussecker says. Before Novartis’s decision to abandon most of its RNAi drug development, Merck of New Jersey disclosed on 12 January that it had sold its small-RNA drug-discovery programme to Alnylam for $175 million — much less than the $1.1 billion that Merck paid to kick-start its RNAi research in 2006 (see ‘Ups and downs’). 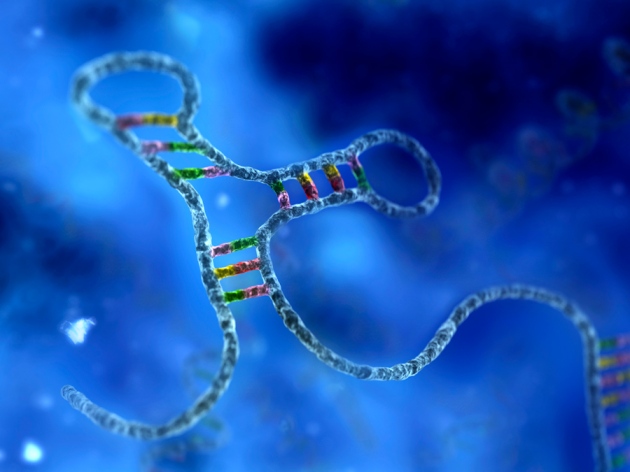 Yet Maraganore remains bullish, drawing a parallel between RNAi therapies and monoclonal antibodies — large, complex proteins that bind to specific cell receptors, which were brought to market by focused biotech companies, not big drug firms. “Large companies don’t do a good job with technology,” Maraganore says. “It’s the same story as with antibodies — we’re seeing that movie play out all over again.”