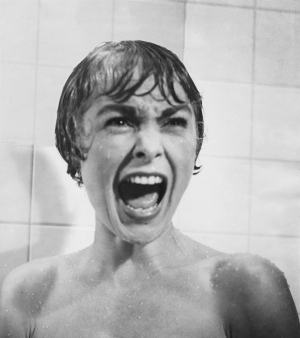 Intense fear is commonly believed to require a reaction by the brain structure called the amygdala, but that may not always be the case.

People seem to have more than one way to work themselves into a panic. Contrary to a long-standing assumption of neuroscientists, humans can experience fear even when they lack the brain structure widely regarded as the brain's 'fear centre'.

Many studies on animals over the years have shown that the amygdala, a small, almond-shaped structure located deep inside the brain, is crucial for the fear response. This finding has been confirmed in studies of humans.

Justin Feinstein at the University of Iowa in Iowa City and his colleagues have now found that in certain situations the fear response may occur even in people who do not have a working amygdala. Their work is published online today in Nature Neuroscience1.

Feinstein and his team had been studying a 44-year-old woman with an extremely rare genetic condition called Urbach-Wiethe disease, in which the amygdala hardens and shrivels up2. The woman, known as S.M., showed only minimal levels of fear when shown clips from horror films and when exposed to large spiders, snakes and other things that many people find terrifying.

One situation in which the amygdala triggers fear and panic attacks is when it detects unusually high concentrations of carbon dioxide — a sign of possible suffocation — by sensing increased acidity in the blood. This may occur even if CO2 is inhaled in concentrations that are not lethal. Feinstein and his colleagues therefore predicted that patients with damaged amygdalas would not feel fear after inhaling the gas.

Podcast: The sound of fear

To test this, they asked S.M., two other patients with Urbach-Wiethe disease, and 12 healthy controls to inhale 35% carbon dioxide through a mask. To their surprise, the researchers found that the brain-damaged patients did experience fear immediately after inhalation — and, in fact, became even more fearful and panicky than did the healthy volunteers.

“The patients experienced significantly more fear and panic than the controls,” says Feinstein. In interviews conducted afterwards, all three patients reported feeling scared of suffocating and dying while inhaling the gas. For S.M., this was the first time she had experienced fear since childhood.

The amygdala plays an important role in responses to external threats, and is also involved in the social aspects of emotion, such as recognizing the facial expressions of others. These new findings clearly show, however, that it is not essential for all fear responses, and also suggest that the brain contains distinct mechanisms for generating fear in response to certain physiological changes within the body.

"This study adds to a growing body of work showing that there are different systems for responses to different kinds of threats,” says neuroscientist Joseph LeDoux at New York University in New York city.

“There is lots of evidence that the amygdala contributes to threat-evoked responses,” LeDoux adds, “but very little evidence that it generates the conscious experience of fear."

Feinstein now intends to use functional neuroimaging to try and identify the brain structures involved in the amygdala-independent response, which he says could include the brainstem and the insular cortex, a brain region known to be involved in bodily awareness.