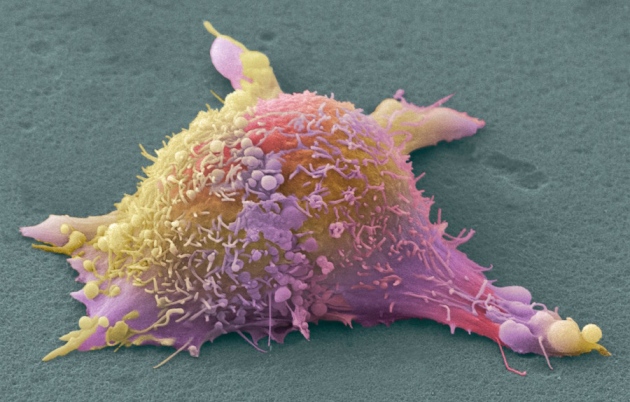 It is precision medicine taken to the extreme: cancer-fighting vaccines that are custom designed for each patient according to the mutations in their individual tumours. With early clinical trials showing promise, that extreme could one day become commonplace — but only if drug developers can scale up and speed up the production of their tailored medicines.

The topic was front and centre at the American Association for Cancer Research (AACR) annual meeting in New Orleans, Louisiana, on 16–20 April. Researchers there described early data from clinical trials suggesting that personalized vaccines can trigger immune responses against cancer cells. Investors seem optimistic that those results will translate into benefits for patients; over the past year, venture capitalists have pumped cash into biotechnology start-ups that are pursuing the approach.

But some researchers worry that the excitement is too much, too soon for an approach that still faces many technical challenges. “What I do really puzzle at is the level of what I would call irrational exuberance,” says Drew Pardoll, a cancer immunologist at Johns Hopkins University in Baltimore, Maryland.

The concept of a vaccine to treat cancer has intrinsic appeal. Some tumour proteins are either mutated or expressed at different levels than in normal tissue. This raises the possibility that the immune system could recognize these unusual proteins as foreign — especially if it were alerted to their presence by a vaccine containing fragments of the mutated protein. The immune system’s army of T cells could then seek out and destroy cancer cells bearing the protein.

Decades of research into cancer-treatment vaccines have thus far yielded disappointing clinical trial results, but recent advances — including a suite of drugs that may amplify the effects of cancer vaccines — have rekindled hope for the field. And DNA sequencing of tumour genomes has revealed a staggering diversity of mutations, producing proteins that could serve as ‘antigens’ by alerting the immune system.

Last year, researchers reported that they had triggered an immune response in three patients with melanoma by administering a vaccine tailored to their potential tumour antigens1. The vaccines' effects on tumour growth are not yet clear, but by the end of 2015, several companies had announced their intention to enter the field. Gritstone Oncology, a start-up firm in Emeryville, California, raised US$102 million to pursue the approach, and Neon Therapeutics of Cambridge, Massachusetts, raised $55 million. A third company, Caperna, spun out of a prominent biotechnology company called Moderna Therapeutics, also in Cambridge.

Academic groups are also moving quickly. At the AACR meeting, Robert Schreiber of Washington University in St. Louis described six ongoing studies at his institution in cancers ranging from melanoma to pancreatic. Cancer researcher Catherine Wu of the Dana-Farber Cancer Institute in Boston, Massachusetts, also presented data from a trial in melanoma, showing signs of T-cell responses to the vaccine.

But it takes Wu’s team about 12 weeks to generate a vaccine, and the Washington University team needs about 8 weeks. That could limit the treatment to slow-growing cancers, says Wu.

There is also a reason that so many researchers choose melanoma for proof-of-principle trials. Melanoma tumours tend to harbour many mutations — sometimes thousands — which provide scientists with ample opportunity to select those that may serve as antigens. Some researchers worry that tumours with fewer mutations may not be as suitable for personalized vaccines.

But Schrieber notes that researchers have been able to design a vaccine for a woman with the brain tumour glioblastoma — which often has relatively few mutations. In that case, however, the tumour had many mutations, some of which may have been caused by her previous cancer treatment.

The number of potential antigens could be crucial. At the AACR meeting, Ton Schumacher, an immunologist at the Netherlands Cancer Institute in Amsterdam, noted that many of the mutant proteins that his group has found are not required for tumour survival. As a result, a tumour could maintain its cancerous lifestyle but become resistant to the vaccine if the proteins used to design the vaccine mutate again. “We will need to attack tumours from many different sides,” he says.

Pardoll, meanwhile, is concerned that the field is shifting too quickly to the personalized-vaccine approach and leaving behind decades of research on antigens that might be shared across tumours — an approach that has not borne out in clinical trials thus far, but would be much simpler to manufacture and deploy on a large scale. “I will be the happiest person in the world to be proven wrong on these,” he says of personalized vaccines. “But I think one has to nonetheless be cognizant of where the challenges are.”