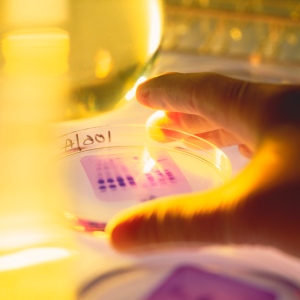 A new technique to chart the genomes of hard-to-sequence bacteria and archaea suggests surprising connections between species.

An emerging technique for analysing genomes has given scientists a look at microbes that were until now difficult to study, revealing unexpected links among different branches of the tree of life.

Led by Tanja Woyke, a microbiologist at the US Department of Energy’s Joint Genome Institute in Walnut Creek, California, researchers used single-cell sequencing to read the genomes of 201 bacterial and archaeal cells taken from nine diverse environments, such as hydrothermal vents and an underground gold mine. None of the organisms had ever been sequenced or cultivated in a laboratory. The results are published today in Nature1.

“This is an astounding paper,” says Norman Pace, a microbiologist at the University of Colorado–Boulder. “The achievement of hundreds of genome sequences from single cells at a shot is an entirely new level of microbiology.”

Single-cell sequencing enables scientists to decipher the genome of just one cell by amplifying its DNA by 1-billion-fold, opening the way to studying ‘microbial dark matter’. These are organisms that have been discovered through methods such as metagenomics studies — which examine batches of micro-organisms living in a common environment — but are difficult or impossible to grow in the lab.

Woyke and her group attempted to explore this dark matter by selecting a highly diverse range of microbes and sequencing a portion of their genomes (which could range from less than 10% to more than 90% depending on the cell). The sequences clarified the microbes’ relationships to one another and to other species.

The work reveals that some conventional boundaries between the kingdoms of life are not as rigid as has been thought. For instance, the researchers suggest that one bacterial lineage synthesizes purine bases — building blocks of DNA and RNA — using enzymes previously thought to exist only in archaea. Meanwhile, three of the archaeal cells sequenced in the study harbour sigma factors, which initiate RNA transcription and have previously been found only in bacteria.

The researchers also found a bacterium that has ‘recoded’ the three-letter series of bases UGA — known as the opal stop codon. In almost every other organism, this nucleotide sequence signals the cell to stop translating RNA into protein. But in this organism, it tells the cell to make the amino acid glycine. The team propose to place it into a new bacterial phylum, called Gracilibacteria.

A similar recoding has been found in another bacterium, suggesting that the code of life may be more flexible than scientists have assumed.

“If you consider all the novelty we found in these 201 genomes, it’s astounding, because we’re only looking at a small part of the tremendous diversity out there,” Woyke says.

The researchers say that their work can help put more leaves on the bare branches of the tree of life. Woyke and her colleagues estimate that although there are millions of microbial species falling into at least 60 major phyla, 88% of all cultivated microbes fall into just four bacterial phyla.

Their in-depth studies gave enough new information about microbial relationships to better classify about 340 million sequence reads from previous metagenomics projects. But, they estimate, some 16,000 cells would need to be sequenced to cover even half the world’s unstudied microbial lineages. So the field still has a long way to go, says Jeffrey McLean, a microbiologist at the J. Craig Venter Institute in San Diego, California.

“This highlights the power of single-cell genomics, but also reveals the need to increase our efforts to close this huge knowledge gap of the microbial diversity on Earth,” McLean says.