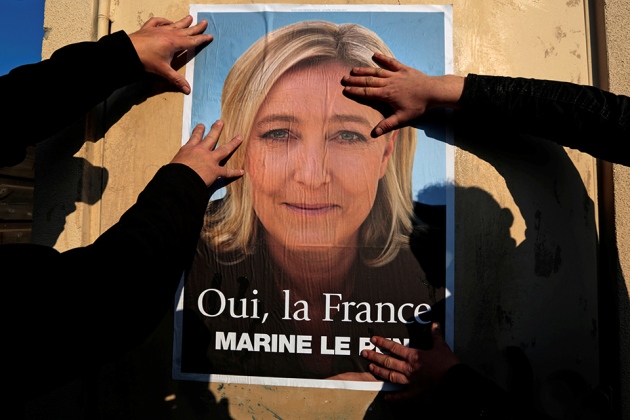 Waves of nationalist sentiment are reshaping the politics of Western democracies in unexpected ways — carrying Donald Trump to a surprise victory last month in the US presidential election, and pushing the United Kingdom to vote in June to exit the European Union. And nationalist parties are rising in popularity across Europe.

Many economists see this political shift as a consequence of globalization and technological innovation over the past quarter of a century, which have eliminated many jobs in the West. And political scientists are tracing the influence of cultural tensions arising from immigration and from ethnic, racial and sexual diversity. But researchers are struggling to understand why these disparate forces have combined to drive an unpredictable brand of populist politics.

“We have to start worrying about the stability of our democracies,” says Yascha Mounk, a political scientist at Harvard University in Cambridge, Massachusetts. He notes that the long-running World Values Survey shows that people are increasingly disaffected with their governments — and more willing to support authoritarian leaders.

But this has played out in different ways across the West. Austria rejected the extreme-right Freedom Party presidential candidate Norbert Hofer in favour of Alexander Van der Bellen, a former Green Party leader, on 4 December. The same day, anti-establishment forces prevailed in Italy, where Prime Minister Matteo Renzi said he would resign after voters rejected his proposed constitutional reforms.

In France, Marine Le Pen has worked to cleanse the far-right National Front of its anti-Semitic roots and build a broader working-class base. Those efforts could make the party, a minor player in French politics since the 1970s, a force during the presidential elections next year.

The bulk of the party’s new support is coming from deindustrialized areas in northern France, says Douglas Webber, a political scientist at the global business school INSEAD’s French campus in Fontainebleau. “A lot of the industrial workers arguably have made the transition from the extreme left to the extreme right,” he says.

In the United States, the regions hardest hit by globalization have become more politically extreme, according to a working paper published in September by David Autor, an economist at the Massachusetts Institute of Technology in Cambridge, and his colleagues. They found that these areas elected more hard-line candidates of both stripes to Congress between 2002 and 2010 — Republicans in majority-white communities and Democrats in ethnically and racially mixed areas. A separate, as-yet unpublished analysis by the team suggests that the trend towards extreme candidates favoured Republicans in presidential elections from 2000 to 2016 — perhaps enough to win Trump the White House this year.

“It was just a matter of time before someone sought to tap into the rich electoral potential inside of a group of people as sizeable as the white working class,” says Justin Gest, a political scientist at George Mason University in Arlington, Virginia. His polling this year suggests that 65% of white US voters would support a hypothetical new protectionist and xenophobic political party. Gest adds that Trump prevailed in part because he gave voters somebody to blame for their economic woes.

Some academics have explored potential parallels between the roots of the current global political shift and the rise of populism during the Great Depression, including in Nazi Germany. But Helmut Anheier, president of the Hertie School of Governance in Berlin, cautions that the economic struggles of middle-class citizens across the West today are very different, particularly in mainland Europe.

The Nazis took advantage of the extreme economic hardship that followed the First World War and a global depression, but today’s populist movements are growing powerful in wealthy European countries with strong social programmes. “What brings about a right-wing movement when there are no good reasons for it?”Anheier asks.

In the United States, some have suggested that racism motivated a significant number of Trump voters. But that is too simplistic an explanation, says Theda Skocpol, a sociologist at Harvard University.  “Trump dominated the news for more than a year, and did so with provocative statements that were meant to exacerbate every tension in the US,” she says.

Pollsters struggle to explain failures of US presidential forecasts

Trump also prevailed in part because the structure of the US electoral college gives outsized influence to Republican-leaning rural areas over Democratic urban centres. And some of his predominantly white supporters voted for President Barack Obama, a Democrat, in past elections.

Le Pen has called Trump’s win “a sign of hope” for her own campaign, but Webber is sceptical. The latest polls suggest that Le Pen would pick up less than one-third of the vote in a run-off with former prime minister François Fillon, who is running under the banner of the centre-right Republican party, and France’s economy is fairly stable. “I’m not as pessimistic as some,” Webber says. The rise of nationalism in France has been going on for longer, and seems to have progressed more slowly, than similar surges in many other countries, he says.

Mounk says the broader trend towards nationalism caught political scientists off-guard because they are often too focused on finding new ways to answer mundane questions. Academics must redouble their efforts to understand the nationalist wave and help policymakers to address it, he adds.

“In times of freedom and prosperity, it was nice for us to sit around and pretend to be
scientists,” Mounk says. “But right now, if you are twiddling your thumbs with your statistical models instead of thinking about how we can save liberal democracy, you are doing something immoral.”