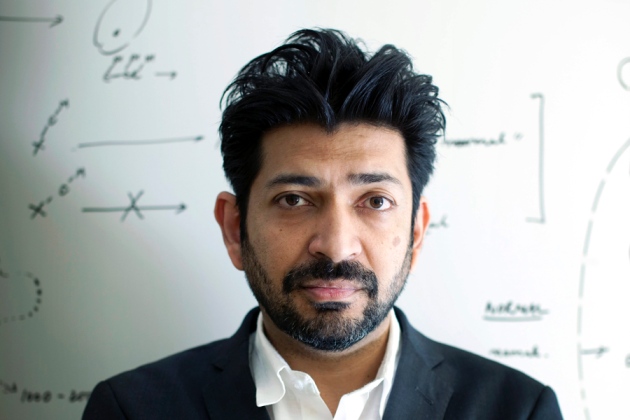 Researchers have taken issue with an article about epigenetics written by Siddhartha Mukherjee, a cancer researcher and Pulitzer Prize-winning author.

A story about epigenetics in the 2 May issue of The New Yorker has been sharply criticized for inaccurately describing how genes are regulated. The article by Siddhartha Mukherjee — a physician, cancer researcher and award-winning author at Columbia University in New York — examines how environmental factors can change the activity of genes without altering the DNA sequence. Jerry Coyne, an evolutionary ecologist at the University of Chicago in Illinois, posted two widely discussed blog posts calling the piece “superficial and misleading”, largely because it ignored key aspects of gene regulation. Other researchers quoted in the blog posts called the piece “horribly damaging” and “a truly painful read”. Mukherjee responded by publishing a point-by-point rebuttal online. Speaking to Nature, he says he now realizes that he erred by omitting key areas of the science, but that he didn’t mean to mislead. “I sincerely thought that I had done it justice,” he says.

Mukherjee’s article, ‘Same But Different’, takes a personal view of epigenetics — a term whose definition is highly contentious in the field. The story features his mother and aunt, identical twins who have distinct personalities. Mukherjee, who won a Pulitzer Prize in 2011 for his best-selling book The Emperor of All Maladies: A Biography of Cancer (Scribner, 2010), writes that identical twins differ because: “Chance events — injuries, infections, infatuations; the haunting trill of that particular nocturne — impinge on one twin and not on the other. Genes are turned on and off in response to these events, as epigenetic marks are gradually layered above genes, etching the genome with its own scars, calluses, and freckles.” The article is drawn from a book by Mukherjee that is due out later this month, called The Gene: An Intimate History (Scribner, 2016).

As part of a tour of the mechanisms behind epigenetics, Mukherjee describes how geneticist David Allis, now at the Rockefeller University in New York City, and his colleagues identified suites of proteins in the 1990s and early 2000s that could regulate gene expression by chemically modifying histones, the proteins around which DNA is wrapped in eukaryotic cells. He also describes how the attachment of chemical groups called methyl groups to DNA can change gene activity.

Coyne posted a lengthy, scathing critique written by molecular biologist Mark Ptashne at the Memorial Sloan Kettering Cancer Center in New York City and geneticist John Greally, who studies epigenetics and DNA methylation at Albert Einstein College of Medicine, also in New York City. Their main criticism was that Mukherjee’s article put too much emphasis on histone modification and DNA methylation, which they say are relatively minor contributors to gene regulation. They and other critics argued that Mukherjee ignored well-established mechanisms of gene regulation such as transcription factors — proteins that attach to specific sites on DNA to turn genes on and off — and certain RNA molecules.

Steve Henikoff, a geneticist and molecular biologist at the Fred Hutchinson Cancer Research Center in Seattle, Washington, was quoted on Coyne’s blog: “Mukherjee seemed not to realize that transcription factors occupy the top of the hierarchy of epigenetic information,” he wrote. “Histone modifications at most act as cogs in the machinery.”

Coyne’s two blog posts about The New Yorker article each gathered more than 100 comments, many of them from scientists. Richard Mann, a molecular biologist and biophysicist at Columbia University Medical Center in New York City, noted that the article mentioned histones 26 times without a single mention of the word transcription. “Only a talmudic-like reading can reveal a hint that something other than histone modifications are at play.”

In a response published on the website of the Scripps Translational Science Institute in La Jolla, California, Mukherjee thanked his critics for their “immensely detailed comments”. Speaking to Nature, Mukherjee says that, after re-reading the story, he felt that he put too much emphasis on the “speculative” roles of histone modification and DNA methylation. “This was an error,” he says, adding that a mention of transcription factors could have helped to avoid “an unnecessarily polarizing reading of the piece”. He says that The New Yorker is “very likely” to run a response.

The New Yorker says that it stands by the article, saying in a statement that it had a “narrower focus” than Mukherjee’s upcoming book, which it says goes into detail about the history of gene-regulation research.

In an interview, Greally says that after The New Yorker piece was published, Mukherjee sent him an excerpt of his book, which in his opinion was more accurate and thorough than The New Yorker article. He says he offered Mukherjee some suggestions to make the book even better.

Greally adds that it’s hard for anyone to talk about epigenetics without stirring up controversy. Different researchers have different definitions for the term, and there are still many questions about the mechanisms behind the regulation of gene expression. “We’re in a bit of a mess in epigenetics,” Greally says. Mukherjee is “a thoughtful guy”, he adds. “But he’s beginning to realize that he stepped on a land mine.”