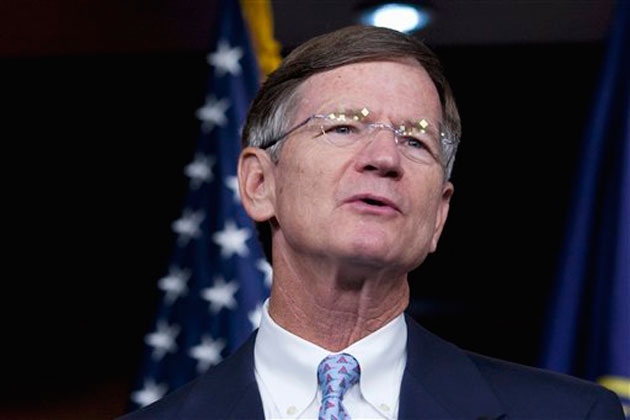 Key members of the US House of Representatives are calling for the National Science Foundation (NSF) to justify every grant it awards as being in the “national interest”. The proposal, which is included in a draft bill from the Republican-led House Committee on Science, Space, and Technology that was obtained by Nature, would force the NSF to document how its basic-science grants benefit the country.

The requirement is similar to one in a discussion draft circulated in April by committee chairman Lamar Smith (Republican, Texas). At the time, scientists raised concerns that ‘national interest’ was defined much too narrowly. The current draft bill provides a more expansive definition that includes six goals: economic competitiveness, health and welfare, scientific literacy, partnerships between academia and industry, promotion of scientific progress and national defence.

Those criteria are in line with a ‘broader impacts’ assessment that the NSF, based in Arlington, Virginia, already requires scientists to include in their grant applications. But the bill, called the Frontiers in Innovation, Research, Science, and Technology (FIRST) Act of 2013, would place an extra burden on NSF programme directors by requiring them to publish justification for each grant award on the foundation’s website. In a time of tight budgets, says a Republican committee aide, research with a high return on investment should be prioritized. “It is the role of a government official who is using federal funds to provide the justification,” says the aide.

But former NSF programme director Scott Collins, a biologist at the University of New Mexico in Albuquerque, questions whether the national-interest provision is an appropriate use of NSF staff time. “Conducting cutting-edge science is clearly in the national interest,” he says.

Others say that predicting the broader impacts of basic research is tantamount to gazing into a crystal ball. John Bruer, president of the James S. McDonnell Foundation in St Louis, Missouri, and former co-chair of an NSF task force that examined broader impacts, thinks that the requirement should be eliminated. He says that scientists often make something up to fill that space on NSF grant applications because they cannot predict what will come of their work. “All scientists know it’s nonsense,” says Bruer.

Budget numbers are conspicuously absent from the draft bill, which would reauthorize the America COMPETES Act of 2007, a key funding bill for the NSF and other agencies that support physical-sciences research. That bill, reauthorized for the first time in 2010, aimed to double the budgets of the NSF, the National Institute of Standards and Technology in Gaithersburg, Maryland, and the Department of Energy’s Office of Science in Washington DC.

Although the original America COMPETES Act was enacted with broad support, Congress has never appropriated enough money to match the authorization. And hopes for boosting US science funding have been dashed both by the government shutdown in October and by sequestration, which incurred across-the-board budget cuts that began in March.

With the Republican-controlled House and the Democrat-controlled Senate still negotiating a budget for the remainder of the 2014 fiscal year, the FIRST bill avoids funding issues and focuses on policy. It emphasizes the pursuit of translational research in federal science agencies, and partnership with private funding sources. That does not sit well with the NSF’s core mission of basic science, says Michael Lubell, director of public affairs at the American Physical Society in Washington DC. The bill would also ban NSF grantees who deliberately misrepresent data from receiving new NSF awards for 10 years.

Some of the bill’s controversial prescriptions may not survive an encounter with a Senate version of the reauthorization. The House committee will hold a hearing on the draft bill on 13 November.