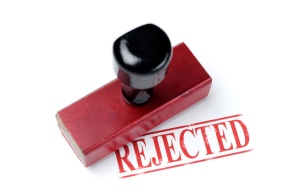 Don't worry, it's probably for the best.

Just had your paper rejected? Don’t worry — that might boost its ultimate citation tally. An excavation of scientific papers' usually hidden prepublication trajectories from journal to journal has found that papers published after having first been rejected elsewhere receive significantly more citations on average than ones accepted on first submission.

This is one of the unexpected insights from a study1 by Vincent Calcagno, an ecologist at the French Institute for Agricultural Research in Sophia-Antipolis, and his colleagues. They tracked the submission histories of 80,748 scientific articles published among 923 bioscience journals between 2006 and 2008, based on information provided by the papers’ authors. The used the data to construct a network of manuscript flows.

“The authors should be commended for assembling this previously hidden data,” says Sidney Redner, a physicist at Boston University in Massachusetts, who studies networks of scientific citation.

To each their own

Some of what Calcagno and colleagues found was unsurprising. On the whole, the network was composed of distinct clusters that corresponded to subject categories such as plant sciences, genetics and developmental biology, with little movement between journals in different categories. The general tendency was for resubmitted papers to gravitate from higher- to lower-impact journals.

It is also no surprise that the highest-impact multidisciplinary journals, such as Nature and Science, were central to the network. What was less expected was that these journals published a higher proportion of papers previously submitted elsewhere than did more specialized and lower-impact publications.

Some of those papers defied the impact factor gradient. Two of the biggest 'upstream' jumps involved papers initially rejected by Ecology and Annals of Botany that later found homes in Nature and Science respectively — though Calcagno cautions that few conclusions can be drawn about such extreme cases.

This greater prevalence of resubmitted papers in high-impact journals was opposite to what the researchers expected to find, says Calcagno. “The result is at first sight paradoxical,” he says. But physicist Michael Schreiber, an expert in bibliometrics at the Technical University of Chemnitz in Germany, argues that this “is not surprising if you turn it around: it means that lower-impact journals get fewer resubmissions”. For one thing, he says, there are more low-impact journals, so resubmissions are more widely spread. And low-impact journals will have a lower threshold for acceptance and so will accept more first-time submissions.

There are, however, rather few resubmissions in general: 75% of all published papers appear in the journal to which they are first submitted. This suggests that scientists are efficient at working out where their papers are best suited on the first try. Calcagno says he “expected more resubmissions, in view of the journal acceptance rates I was familiar with”.

What doesn't kill you makes you stronger

Although the papers in this study were all in the biological sciences, the findings show some agreement with a study2 of papers submitted to the leading chemistry journal Angewandte Chemie. That work too found that most rejected articles ended up being published in journals with a lower impact factor.

Whether the same trends will be found in other disciplines remains to be seen. “There are clear differences in publication practices of, say, mathematics or economics,” says Calcagno, and he thinks that these might alter the proportions of resubmissions.

Indeed, the two studies differed on the benefits of resubmission. The Angewandte Chemie study found that very few manuscripts change substantially between first submission and eventual publication. Calcagno, in contrast, found that 3–6 years after publication, papers published on their second try are more highly cited on average than first-time papers in the same journal — regardless of whether the resubmissions moved to journals with higher or lower impact.

Calcagno and colleagues think that this reflects the influence of peer review: the input from referees and editors makes papers better, even if they get rejected at first.

So there is apparently some reason to be patient with your paper’s critics — they will do you good in the end. “Given the headaches encountered during refereeing by all parties involved, it is gratifying that there is some benefit, at least by citation counts,” says Redner.