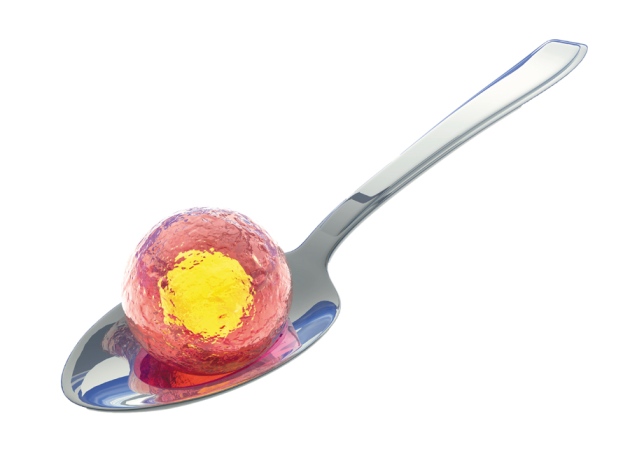 Modern medicine depends on products that must pass rigorous tests for safety and efficacy before being marketed to patients. Such requirements are in place for drugs and other medical products across the world. Over the past decade, however, some have called to weaken or even undo this key protection.

Think tanks in the United States are using stem cells to promote broader deregulation; these moves are influencing policy in other countries. Some argue that stem-cell products and procedures should not be governed by drug regulatory agencies at all; others want to bypass requirements that treatments must be shown to work before they are sold.

'Free-to-choose' reasoning pits the scientific method against unrestrained market forces. But there is little correlation between business success and efficacy in poorly regulated markets; the billions of dollars in revenue from nutritional supplements and homeopathy bear testament to that.

A loosening of the regulatory strictures would enable companies and practitioners to generate revenue from untested products and procedures. Patients would, in effect, pay to serve as research subjects. Worse, with no requirement to demonstrate efficacy, there would be less need for research, so new treatments might not be discovered and developed. What is needed are better business models for bringing innovative medical technologies to market, not lower standards.

Three key documents give a sense of what is at stake. Under the Free to Choose Medicine campaign put forward in 2010 by the Heartland Institute in Chicago, Illinois, US companies would be able to sell drugs after small clinical trials that are insufficient to establish either safety or efficacy.

The campaign's language is echoed in the bill for the Compassionate Freedom of Choice Act put forward to the US Congress in April. This would exempt from liability those who sell investigational products to people who are terminally ill and prohibit the US Food and Drug Administration (FDA) from requiring companies even to report clinical information.

The Right to Try legislation proposed by the Goldwater Institute in Phoenix, Arizona, goes even further. Written as a template for state legislatures, the document calls for criminal penalties for public employees who seek to enforce regulations on physicians who are selling investigational drugs, biological products and devices to people who are terminally ill.

Although the above proposals target medical products and practice in general, in the past three years, stem cells and regenerative medicine have become the rallying cry of the free-to-choose lobby. In an opinion piece published1 in 2012 in The Wall Street Journal, former FDA commissioner Andrew von Eschenbach, who now heads Project FDA at the Manhattan Institute for Policy Research in New York, wrote that regenerative-medicine products and other 'promising' therapies should be allowed onto the market after proof-of-concept and safety testing, and be evaluated only afterwards for efficacy. In the same newspaper, another former senior FDA official, Scott Gottlieb, now at the American Enterprise Institute for Public Policy Research in Washington DC, also called2 for loosening approval standards specifically for stem-cell products, warning readers that “the FDA wants to regulate your cells”.

The fiercest arguments are over autologous cells — those collected from and delivered back to the same patient. Courts, scientists, clinicians and ethicists have argued that stem-cell-based products should be regulated as drugs if they are processed or if their intended therapeutic behaviour differs from that in their original location.

Proponents of deregulation counter that autologous cell products should be treated as part of medical practice and thus not subjected to marketing approval. For example, in legal battles against the FDA, Regenerative Sciences of Broomfield, Colorado, argued that the agency did not have oversight over its human-cell-based products. Two conservative medical groups filed arguments in the company's defence, and the Manhattan Institute published a legal analysis supporting the company's position. US courts ultimately upheld the FDA's authority, sustaining its ability to regulate products based on human cells and tissues.

In a separate case in 2012, the FDA issued a warning letter to Celltex Therapeutics in Houston, Texas, after the state had moved to allow physicians to market investigational stem-cell products. The company subsequently shifted its clinical operations to Mexico; it posts the Manhattan Institute's position paper on its website.

Several countries in Asia, Latin America and the Caribbean have already punted stem cells straight onto the market, often in concert with state-backed initiatives to promote medical tourism. Australia has exempted autologous cells from the purview of its drug regulatory agency, the Therapeutic Goods Administration, unleashing offers of unproven treatments from at least a dozen clinics.

“It is a business model that removes the incentives to make drugs and treatments ever better.”

In the controversy surrounding the Stamina Foundation in Italy3, which offers an unproven stem-cell treatment for a range of conditions, US advocates of free-to-choose-medicine last year pressed the Italian government to allow entities to market stem cells for diseases such as ischaemic heart disease and multiple sclerosis without requiring any proof of efficacy, and only a small phase I clinical trial to evaluate safety. This prompted alarm and counter-arguments from scientists (see page 333). Earlier this year, a nearly identical deregulatory proposal was published4 as a call for stem-cell products to be placed on the market first, and tested for clinical effectiveness later.

In November 2013, Japan enacted a regulatory regime that allows companies to market 'regenerative-medicine' products that have shown nominal safety and inklings of efficacy in phase I trials for up to seven years without presenting further evidence of efficacy. How efficacy would be determined after this period is unclear. Foreign stem-cell companies are already lining up to enter Japan's lucrative market5.

Even the idea of putting products up for sale and into consumers' bodies on the basis of phase I data is disturbing. Early-stage clinical trials reveal only whether a product is safe enough for continued testing, not for widespread use. Some 80% of products that make it through phase I clinical trials fail in later studies — about half of those proving to be insufficiently effective and one-fifth insufficiently safe6.

When test subjects are paying for the product under investigation, establishing efficacy is hard: controls, randomization, masking and other hallmarks of clinical research break down7. Many stem-cell clinics offer their procedures for disparate conditions, further complicating post-market studies.

Under the guise of 'patient-funded clinical trials', clinics in the United States and Mexico persuade people who are seriously ill to pay tens of thousands of dollars for procedures8. Because such patients have been told that a product is experimental, they have little recourse when hoped-for cures fail to materialize. Companies can thus profit from selling hope. With their products already on the market, they have little reason to conduct rigorous, conclusive research.

Advocates of deregulation suggest that databases of patient information could provide the data needed to tease out efficacy. Aside from the fact that such databases are not in place, and their construction would require massive outlays of public money (something conservative groups ordinarily bemoan), there are also no means of ensuring compliance. More than 360 registered studies at ClinicalTrials.gov are listed as using mesenchymal stem cells as an intervention. None lists results.

In short, proposals for deregulation come shrouded in appealing messages that shift adroitly in response to critiques: freedom of choice, giving hope to dying patients, fighting bureaucratic obstructionism and, of course, innovating medicine. But it is a business model that removes the incentives to make drugs and treatments ever better. It offloads financial risk from investors and companies to patients, and requires the very ill to pay for interventions that are unlikely to work.

The pressure to deregulate comes from the failure of current business models as engines of innovation. In the United States and Europe, regulatory structures actively support therapeutic development, even for rare or orphan diseases. The gene-therapy product Glybera (alipogene tiparvovec), approved by the European Medicines Agency in 2012 for a condition that can cause life-threatening pancreatitis, is an example of establishing efficacy for a complex, innovative product with a small, but rigorous trial9.

However, many companies are not equipped, scientifically or technologically, to develop therapies from promising biological advances in the five or so years that their investors demand. Much longer and deeper commitment is needed to bring stem-cell and other complex therapies to market.

For stem-cell research to achieve its therapeutic potential, science, medicine, economy and policy all must work together. If, as has been widely asserted, stem cells represent the future of medicine, then we need to ensure that that future is one in which patients can reasonably expect treatments to be both safe and effective.