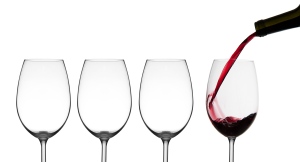 The discovery that a compound in red wine may provide a healthier and longer life had guaranteed popular appeal, but the suggestion has been attacked from all sides. One such skirmish — a debate about the hypothesized benefits of one particular compound — may now be resolved.

In Science this week1, researchers show that the compound, called resveratrol, acts directly on a protein that has been linked to cell metabolism and inflammatory diseases.

“This will be a major step forward for the field,” says David Sinclair, a molecular biologist at Harvard Medical School in Boston, Massachusetts, and lead author of the study. ”The controversy has no doubt scared people off from studying these molecules.”

A decade ago, Sinclair and his co-workers reported that resveratrol activated SIRT1, a member of a family of enzymes that remove acetyl groups from proteins2 and are thought to be involved in ageing and metabolism. The team's result was based on an assay that used a peptide bearing a tag that would fluoresce when the acetyl group was removed.

Shortly afterwards, Sinclair co-founded Sirtris, a company in Cambridge, Massachusetts, that used the assay to search for SIRT1-activating compounds that might serve as potential therapies for ageing-related diseases. Just four years later, GlaxoSmithKline (GSK), a large pharmaceutical company based in London, snatched up the company for US$720 million. It was a controversial acquisition, in part because GSK’s internal scientists couldn't reproduce the SIRT1 activation with untagged peptides.

They were not the only ones: other groups had reported that resveratrol boosted the activity of SIRT1 only when a bulky, hydrophobic tag was present on the peptide. “People thought it was an artefact,” says Brian Kennedy, chief executive of the Buck Institute for Research on Aging in Novato, California, and one of the researchers who initially reported concerns about the assay.

But Sinclair and his colleagues now report that some of the naturally occurring targets that are amenable to SIRT1 activation by resveratrol and other such compounds have a common feature: bulky, hydrophobic amino acids at a key position.

The study provides an important clarification, says Matt Kaeberlein, who studies ageing at the University of Washington in Seattle. But resveratrol interacts with numerous proteins, he adds, and it is still unclear to what extent the compound's biological effects are caused by its interaction with SIRT1.

And for now, those biological effects remain controversial, as laboratories quarrel over whether SIRT1 activation really does boost lifespan, notes Kaeberlein.