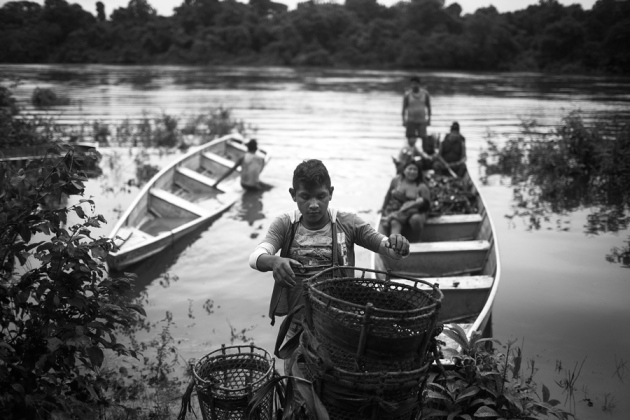 The sheer size of the Amazon and its tributaries is beguiling. The basin spans 6.1 million square kilometres from the Atlantic Ocean to the Andes mountains, discharging 17% of the world’s fresh water. It’s a tempting resource, but a push by Brazil and its neighbours to build hundreds of dams in the region could irrevocably alter one of Earth’s most precious landscapes. It’s time to reassess.

In this week’s Nature, an international team presents a scientific framework and a series of reforms that could help policymakers across the region to do just that. The heart of the pitch is an environmental index that tallies the impacts that these new and planned dams could have on their respective tributaries and the larger Amazon ecosystem, extending to the mouth of the river and beyond.

The framework avoids the common pitfall of evaluating each dam in isolation. A tributary might be able to handle one well-placed hydroelectric dam; fish might even be able to move up and down river if it is designed properly. But the impacts add up. So far, 140 dams have been installed or are under construction, with another 288 planned.

The team’s Dam Environmental Vulnerability Index (DEVI) includes a measure of how much of a river a given dam is likely to impact. It captures changes to hydrology and sediment transport, which are crucial for downstream flood plains, the estuary and coastal ecosystems. It also includes the impact of roads, deforestation and the ever-advancing agricultural frontier.

The most-threatened areas are in the south, where development pressures are highest. The index also maps the risks along the Andean foothills, where 136 dams are proposed on the rivers that provide most of the nutrients that flow downstream.

Nor are dams the only threat. Rising temperatures and deforestation could eventually cause irreversible change to the forest. At worst, some researchers fear that the southern fringe of the forest could revert to savannah, rendering many of the new dams obsolete.

Safeguarding this complex environment raises institutional challenges across several countries, including Peru, Bolivia and Ecuador. The researchers propose a framework for providing independent assessments of the environmental threats from dams, while addressing energy and economic development.

The bulk of the electricity generated by all the dams, including those in Peru and Bolivia, is destined for Brazil. But the nation has other options. With plenty of sun and wind, it could diversify its impressive clean-energy portfolio without falling back on fossil fuels.

The bad news is that the Brazilian Congress is moving in the opposite direction. A coalition of conservative lawmakers is pushing for legislation to loosen the requirement for environmental assessments for agriculture and infrastructure projects, including dams.

This movement is partly a backlash against the previous government’s curbs on deforestation, which plunged by more than 80% from 2004 to 2014. Brazil has shown that change is possible, and it is cooperating with other countries to reduce deforestation. But establishing order in the Amazon is not easy. Deforestation is on the rise again, and the ongoing political corruption scandal in Brazil only increases the likelihood that efforts to stymie regulation and push development will prevail.

Scientists and environmentalists are pushing back, and rightly so. What Brazil, and the entire Amazon, needs is an evidence-based plan for the future. Governments must invest in research that can fill the knowledge gaps, and then think strategically — and collectively — about a sustainable path forward.